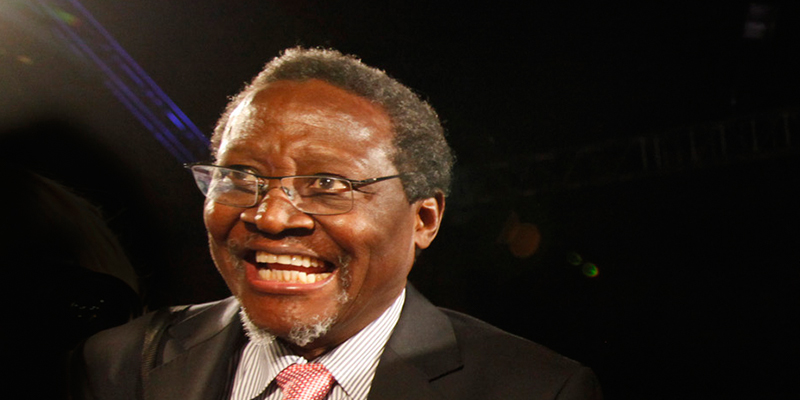 I am utterly distraught to learn that my favourite political economist and teacher, Thandika Mkandawire, has died. My intellectual development took a different direction when I found Thandika Mkandawire after Graduate School, first through his, edited, 1987 book “The State and Agriculture in Africa,” and subsequently through the brilliant work he did on Africa’s economic development, World Bank policies and the African state in the 1990s and throughout the 2000s. I am certain that if I had not come across Thandika when I did, my intellectual development would have veered off in a completely different, almost certainly less fulfilling direction.

I was – at the time- young, restless, and, intellectually, very adventurous. Graduate school had lit a spark in me. But it had left me somewhat jaded. I had suddenly realized that I did not care for legal doctrine. I liked – and still like- law’s forensic tools – but I found doctrine sterile: it was either noisily obvious or complicatedly trivial. This was especially so when lawyers launched into voluble disputations on some arcane point. True, jurisprudence had real insight but then jurisprudence is academic law. Most of the rest of law is applied, or to put it differently, law is to jurisprudence what accounting is to economics.

There I was then: June 1993, a newly-minted graduate bristling that my training till then had neither asked nor answered the questions that had taken me to graduate school. I wanted to know what to do when those sworn to implement the laws regularly ignored them. I did not know what incentives or disincentives to put in place to discourage dictators or corporate chiefs from stealing public money. Could such incentives and disincentives be legally designed? I wondered why theories of sovereignty did not address the ways in which economic prescriptions by multilateral agencies subverted people’s control over governments in debtor countries. I knew what the rule of law was and could speak and write with great eloquence about its characteristics. Yet if you asked how institutional design might help secure it, I could not answer you. This background is necessary to explain just what a profound effect Thandika had on me.

My journey towards acquiring the perspectives and tools that would eventually help me grapple with these questions begun in two places, with Thandika Mkandawire’s “The State and Agriculture in Africa” and with all-night, whisky-inspired debates and arguments with David Ndii at Invergara Club. (David won’t like these confidential disclosures!) Thandika gave me different perspectives on how to understand the state. In this book, I learnt to look into and to question the fiscal basis of the state, any state. That is to say, I learnt to ask how a state raised revenues because, it turned out, as I learnt still later, that revenues and where they came from, shape how a state treated its citizens. Does the state raise revenues from taxes or from mineral rents? States that live off taxes –called merchant states – must have some implicit understanding with the key tax-paying groups in society. For this reason, governance in such states is likely to be more inclusive. States that live off rents- called rentier states- rest on narrow, exclusionary bargains between politicians and the companies involved in extraction. Mineral economies are essentially off-shore economies: Governments in states with such economies don’t care for public support. They survive by repression or co-optation, that is, by buying-off opponents.

This analysis opened my eyes to much that I had missed in my education. It sent me scurrying in unfamiliar but exciting research directions. Now I could explain why so many mineral or oil rich countries were either so fragile or so dictatorial. I now knew why populations in those countries were often poor: Politicians would rather squirrel the money away to tax havens than invest in public services. They paid no political price if they did that.

Thandika was always brilliant: He had the uncanny ability to illuminate a subject or to upend received wisdom with a simple vignette. I remember being extremely impressed by Paul Collier’s and Nicholas Sambanis brilliant work on conflict. Collier and Sambanis had put to bed the old canard that African conflicts are caused by ancient ethnic hatreds and grievances through a series of empirical studies showing that most conflicts could actually be explained by greed. That is, they offered evidence that most conflicts were driven by the scramble for lootable resources. Thandika was not persuaded by this thesis and though I do not know whether he ever wrote an essay that specifically responding to this argument he wrote a number of penetrating essays that very cleverly chipped away at the argument. His 2002 deceptively low-key essay, “The Terrible toll of Post-Colonial ‘Rebel Movements’ in Africa: Towards an Explanation of the Violence against the Peasantry” is particularly on point. Thandika asked a simple question, “Why are African rebel movements so violent towards peasants?” He returned the answer, which felt so intuitively right to me, that it was because the rebels were invariably urban elites who had migrated their disputes to rural Africa. This was astonishingly obvious when I thought about it. Until the violence after the 2007 election, Kenyan elites squabbling over the presidency had always taken their blood letting to the rural areas.

Perhaps Thandika’s most influential work- with colleagues like Bayo Olukoshi – was his 20 year interrogation of the neo-liberal stipulations of the World Bank – sold to Africa first as Structural Adjustment Programmes and then as Poverty Reduction Strategies. The neoliberal agenda put forth by Ronald Reagan and Margaret Thatcher came to Africa and the developing countries dressed up as the Washington Consensus. First as Executive Secretary of CODESRIA and later as Director of United Nations Research Institute for Social Development, UNRISD, Thandika was in the thick of debates about the viability of the Washington Consensus as policy prescription. He was completely vindicated by the dramatic unraveling of the Washington Consensus -in its neoliberalism garb- in the 2008 financial crisis.

Thandika and a handful of African scholars fought long and hard to liberate Africa’s development debate from the stranglehold of the so-called North American Africanists. Throughout the 1990s and early 2000s these Africanists were extremely influential in policy circles in the West. Though their advice was regularly sought, Thandika was deeply disenchanted with their work. This research argued that under-development was as a result of neo-patrimonial politics: neopatrimonialism was itself defined in segmental and hierarchical terms. The standard model has the President and his ‘tribes-mates’ sitting as patrons atop the state, their hands on the public kitty, serving a web of grateful clients who repay him with loyalty and votes. On this view, Africa was under-developed because these neopatrimonial webs undermined or eroded rational policy making.

Thandika could not abide this empirically bankrupt argument. He felt that the Africanists were selling snake-oil to policy makers in Washington and London. He noticed – as did other African scholars – that Africanist circles were not only hermetically sealed against perspectives from scholars working in the field in the continent, they had also become intellectually incestuous – liberally quoting and cross-referencing each other. They were not promoting debate, they were more like congregants at a neo-liberal wake. Thandika thought that the neopatrimonial perspective – though highly privileged and valued in donor circles in western capitals –offered nothing useful analytically. And even worse, it had no predictive value.

Thandika’s interpretations of the possibilities of democracy in Africa were always original, cautiously optimistic and always refreshing. He had genuine flashes of insight. He made me question much that I thought self-evident. He hated complacency. I was privileged to participate in many fora with him. I remember, in particular, a discussion panel I shared with him and Prof. Anyang Ny’ongo in Accra Ghana in April 2014 during the “Pan-African Conference on Inequalities in the Context of Structural Transformation.” It was the first time that I got a really good chance to have a chat with him. What humility, what gentle persuasion and what intellectual charm. I have been lucky to meet many intellectual giants in my life. The truly great, like Louis Henkin-my Constitutional Law Professor in Graduate School – and Thandika Mkandawire, are those that teach you effortlessly and joyously, and without even a hint of condescension.

God speed you along, Beloved Teacher. Here is Laban Erapu’s ‘Elegy’ that you may not walk alone to underworld:

When he was here,
We planned each tomorrow
With him in mind
For we saw no parting
Looming beyond the horizon.

When he was here,
We joked and laughed together
And no fleeting shadow of a ghost
Ever crossed our paths.

Day by day we lived
On this side of the mist
And there was never a sign
That his hours were running fast.

I WILL MISS YOU.