This is the Season We are In 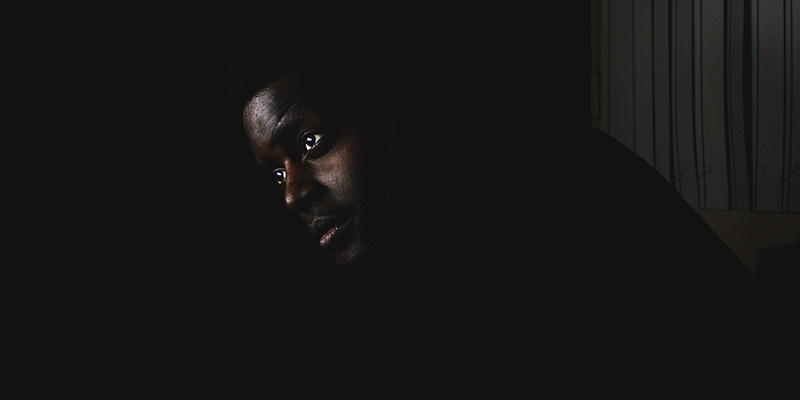 January to March is my favourite time of year, despite the heat and the dryness, or the humidity, depending on which part of the country you are in. I’m a sun worshipper and this season accords me numerous opportunities to wrap around a kikoy or wear shorts and a vest almost daily. I like the blue skies even though I have to plan my movements to avoid the noonday sun.

When the rains do kick in—and they seem to have checked in almost on time this year—I’m ready for the grey leaden skies that pelt the earth with rain. A new season has come. It has to. Funny thing is, I get impatient when the rains delay because I know prolonged seasons come with their consequences. There has to be a time for everything. Acceptance is a tough word, I’ve discovered. A friend and I were talking about acceptance, and he reckons acceptance is giving up but I disagree with him. Acceptance for me is recognising the situation that you are in. Acceptance is recognising the now. This present moment.

There will be tomorrows but who knows what they will be like? Finish dealing with today first.

I’ve been social-distancing and moved into self-quarantine just over a week ago. For someone who works from home and is an ambivert, this situation is almost kawaida. I don’t like how it has been imposed and its indefinite nature, but I’m in a familiar space. This was an easy situation to accept. I can’t hit the shops the way I want to and nor can I go down to my local pub in the evening for a serving of human contact. I’m grateful that we aren’t on total lockdown and I have the luxury of going for a bike ride and staring out to sea. But again, I live in Kilifi town, where we as a community are on tenterhooks following the irresponsible actions of our Deputy Governor.

I was angry for two days. Very angry, because so many lives had been put at risk. But I’ve come to accept this situation for what it is and put in place measures that will not expose me to possible infection.

I won’t lie; it’s tough. Tough learning to accept and deal with a situation that is not of your own making. It was only this week that I was reminded that I have been in this place before and I hope that remembering that experience will see me through this period.

As a cancer survivor, I’m in the category of vulnerable groups. My immunity isn’t what it used to be and I need to protect myself. I’ve read about safeguards against COVID-19 in relation to myeloma and cancer, and I’m keeping tabs on other survivors like myself. My friend Muthoni has a way of articulating things in a very gentle “you-go-deal” kind of way and her words resonated very well in our WhatsApp group.

“We are back to the initial days of stressing and anxiety about not knowing what to expect. I joked and said the world is now having a taste of a typical cancer patient’s world. The anxiety, the seclusion, the insane fear of picking up an infection and reading all information coming your way with all manner of advice and tips (even the outrageous ones) and basically getting to the point of understanding that we are totally not in control of our daily lives. The best we can do is appreciate every minute/hour/day and this helps one slow down and appreciate the simple things in life. Dropping all the shenanigan things we bandika [put] on ourselves and prioritize the crucial aspect of being alive—building meaningful relationships and leaving a legacy and not a CV.”

Acceptance. It is important to live in the now. We don’t know how long we as a country or the global community will be in this period. Yes, it is unsettling and at times fearful. But this is the season we are in. Let’s be honest; as human beings we’ve had an uninterrupted good run on this planet for a while. The last time we had a worldwide pandemic was in the 80s.

Twenty-twenty was going to be my year. Seriously! It was not said as we crossed into the new year in merriment, with a drink in hand. Thought that night was something else. For me, Olympic years seem to hold wonder. This year, I’ve gone as far as creating a vision board for myself. This is the year. Now twenty-twenty is more like twende, twende, (let’s go, let’s go), the phrase you hear matatu touts use often. We’ve been shown dust and it is only the first quarter. They are many that want to cancel this year and have already written it off. Economically, the books aren’t looking pretty, I’ll admit. But we still have nine months to go and I’m still hoping that this year will still bring some wonder. I’m learning to be an optimist. Seeing the glass as half-full doesn’t come easy to me. So, this global pandemic is teaching me things and taking me to uncomfortable spaces internally. That’s where I am now. This season has taken me to back to October 2015 when, in a Nairobi hospital, I was diagnosed with Multiple Myeloma, a type of blood cancer. I didn’t know what lay in front of me, but I decided to accept my situation. It was tough. It was kinda rough, for I was thrown into a whole new season.

It takes a lot of strength to pick up those lemons and start making lemonade or whatever you choose to make with them. Those lemons represent the now. This moment. Our present.

Acceptance. June 2016, Mumbai, India. A room at the BLK Speciality Hospital. Kenyan patient, age 43, has been prescribed confinement to a room for at least fourteen days. The room temperature is strictly regulated. My only exercise was in the corridor outside my room. And whenever I left the room, I had to wear a face mask. I had a total of thirty minutes of exercise a day. I spoke to my visitors through a glass door. That now sounds familiar for a good many folks. The internet became a lifeline, I watched at least an hour of news and even started watching Cake Boss! And my phone and meds knew nothing about social distancing. I prolonged all meals (when I had the appetite), and in between those meals I was mentally writing and rewriting my five-year plan. By day five, I didn’t care about tomorrow. I just wanted to get through the day and deal with whichever side-effect came with the treatment that was given on that day. If I wasn’t watching the news, it was MTV India, Master Chef Australia or even more Cake Boss. Being quarantined isn’t easy. The toll it takes on your mental health cannot be overstated.

You may have the luxury of being in self-isolation or quarantine within your home, with your loved ones around you. If you are alone, you start naming the geckoes on the wall. I have a golden orb spider called Freda and two frogs that show up religiously each evening at six o’clock like askaris. I’ve tried kicking them out but I’ve been unsuccessful. It was only yesterday that I accepted that they are here for the duration of the curfew. I hope. Isolation can do that you. You may have resorted to spending a little longer in the loo or shower so that you can get a little more me-time away from either the partner or the kids. Count yourself lucky that your isolation isn’t within a hospital. During my sixteen days in confinement the “fun” activities were measuring my pee and recording its colour and describing my poo on a chart. You have no idea how excited I was when I started having solid bowel motions. It meant I was getting better. I appreciated each victory during this period when every day was just that, every day. Fortunately, I had my step-mom with me as my carer and roommate.

It was during this period that I willed my body to get better. Every day was another chance to fight on. There were battles with nausea, constipation and then diarrhoea. However, the main battle was willing my stem cells to be re-accepted by the body that they had been harvested from. Every day was hoping that my blood markers were better than the previous day. It was tough and all I could do was bide my time, wait and believe. Acceptance.

I’m back in that space of accepting the new normal. The difference here is that I’m not alone. There are billions of us in this place. But there are shed-loads of battles and fears that are being fought within the confines of our minds too. In these days of the University of YouTube, swiping left or right, Tik Toking, globetrotting and just-add-water happiness, the uncertainty of tomorrow is unsettling. There are fears about incomes and deals put on hold, separation from loved ones, not being able to touch or even sneeze or cough without getting stared at. We all just don’t know. I mean, even our election years now look tame! Many have cancelled the current season and would rather wake up in 2021. Sadly, life isn’t like that. We’d gotten used to the season of plenty to do, people to see and places to go. My vision board can testify to that. And I think along the way we overlooked the people, the planet and the peace that makes us human. I’m a fairly laid back guy, so when cancer came knocking on my door, I was told to pace it. Now, we are all being told to pace it.

“If you think about worry, it’s an energy that’s used up thinking about all the ways things could go wrong, or not happen or not go according to plan. But it’s just that, In your head. If it doesn’t translate into action or spur us into movement then it’s wasted energy . . . Which in our [cancer patients/survivors] situations is a precious commodity”, says my friend Muthoni. “Adversity will not change. Life will always throw us curveballs. Having been able to beat this monster has given most of us clearer perspectives of what’s important and what isn’t”.

Acceptance. This is a season. Its length and breadth we do not know. And if we all look at our respective lives, we’ve all been here before. It could be a cancer diagnosis or another malady, or a loss in the form of a death, a marriage, work, finances or even heartbreak. You’ve managed to get through it. There may be scars, there may be lessons learnt or not, but, man alive! that was one hell of a season then. You are still here now.