How to Write About Northern Kenya 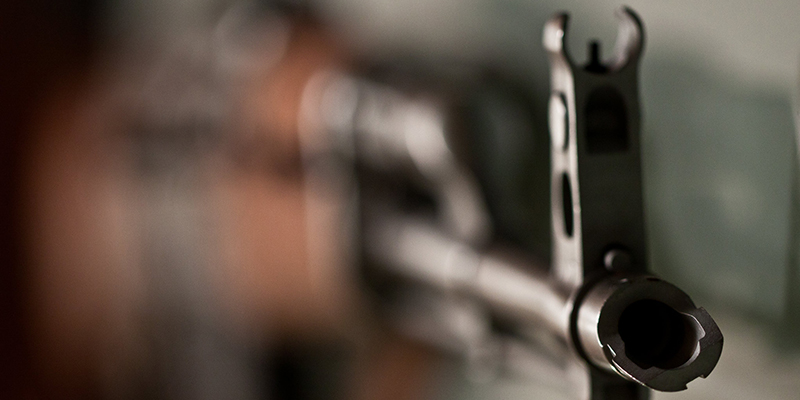 Always use the word ‘Rustler’ or ‘War’ or ‘Wilderness’ in your title. Subtitles may include the words ‘Somali’, ‘Bandit’, ‘Shifta’, ‘Survival’, ‘Ahmed the Elephant’, ‘Drought’, ‘Resilience’, ‘Sky’, ‘Shadow’, ‘Spear’, ‘Sun’ or ‘Rudimentary’. Also useful are words such as ‘Warlord’, ‘Timeless’, ‘Primordial’ and ‘Tribal’. Note that ‘Bandit’ and ‘Shifta’ are both words that can be used to mean person from Northern Kenya.

Never have a picture of a well-adjusted person on the cover of your article or in it, unless that person has won the Nobel Prize. An AK-47, prominent ribs, two AK-47s, a child holding three AK-47s: use these. If you must include a person from the area, make sure you get one holding four, or better still, five AK-47s.

In your text, treat Northern Kenya as if it is one unified whole. Wajir, Laisamis, Loiyangalani, Garissa, none of these places exist in themselves; it’s all Northern Kenya. It is hot and dusty with kilometre after kilometre of desert and huge herds of camels and tall, thin people who are starving, but for the sticks of khat they chew. Or it is hot and dry with people who are war-torn. Don’t get bogged down with precise descriptions. Northern Kenya is big: too many counties, and too many people who are too busy starving and dying and being bandits to read your article. The region is full of deserts, mountains, lakes, highlands, savannahs and many other things, but your reader doesn’t care about all that, so keep your descriptions wild and evocative and violent and unparticular.

Make sure you mention that, despite it all, people are showing resilience in the face of it all. Wake up, survive bandit attack, be resilient, sleep. Mention Lake Paradise, and Ewaso Ng’iro and all the other oases in this den of banditry. Mention Ahmed. Ahmed the elephant with his mighty tusks. Ahmed who was protected only by the good graces of our dear founding father, God bless him, the first president. Don’t forget Koobi Fora. The cradle of mankind. And the oil underneath the ground that will bring development to this godforsaken region.

Taboo subjects: ordinary domestic scenes, love between the people (unless a death from banditry is involved), references to writers or musicians or intellectuals from the area, mention of school-going children who are not suffering from banditry or famine or having to be bandits or forced early marriages or female genital mutilation.

Throughout the article, adopt a sotto voice, in conspiracy with the reader, and a sad I-expected-so-much tone. Establish early on that your liberalism is impeccable, and mention near the beginning how much you love Northern Kenya, how you fell in love with the place and can’t live without her. Northern Kenya is the only part of Kenya you can love—take advantage of this. If you are a man, thrust yourself into her beautiful sun duned landscapes forests. If you are a woman, treat Northern Kenya as a man with huge tusks and disappears off into the sunset. Northern Kenya is to be pitied, worshipped or gifted with development. Whichever angle you take, be sure to leave the strong impression that without your intervention and your important article, Northern Kenya is doomed.

In your memoir, write about the Somali man, the waria. Describe them, these waria, with their “…strange scripts in Arabic, or wrong bottles in the wrong box, or a slightly off-kilter brand name. Porchi. Poisone. Sold by thin thin men from Somalia. Dominos of nations tumble around Kenya and Somali work about, overstimulated, and thrust their faces into yours, dribbling chewed khat, eyes bleary, jacket open and say…Kssss, Kssss…Rolexxx…Xss…xxxsss…Seyko.” Don’t forget to mention that they walk around with their shirts untucked, these waria. After all, you wrote the satirical guide ‘How To Write About Africa’ and so you must be as accurate as possible.

Don’t forget to talk about the wild animals too. Ahmed the Elephant, first, but also the lions and the giraffes and the lions and hippopotami. The animals are complex characters. They whisper (or grunt while tossing their manes proudly) and have names, dreams and flights of intellectualism. Elephants are caring, and are good feminists or dignified patriarchs. Hippos are dignified proud gentlemen. Never, ever say anything negative about an elephant or a Hippo. Big cats drink wine with their caviar. Hyenas are fair game and talk like warias. Give a shout out to the people doing the labour of saving the animals from all the banditry around them. Mention them, these conservancies. The conservancies are great because they are remote and away from civilisation. Mention them, these heroes who fell in love with the terrains of Africa and are now there to save them. Mention them, the heroes with the OBEs given to them by Her Majesty the Queen of the Colony for “services to conservation and security to communities in Kenya.” Decry the bandits who dare to enact violence upon the private landowners fighting to save the animals. Remember, conservation is good, and pastoralist, which is just another word for uncivilised bandit, is bad.

Don’t forget the camel. The camel is noble and patient, decking it out with all the banditry around it. Each of the bandits in this bandit-infested area owns a camel, or several, and they probably chew khat with their camels too. Make the camel a metaphor. Maybe a metaphor for the resistance of the soul. Maybe a metaphor for persistence in the face of hardship. It doesn’t matter, as long as it is a metaphor.

In your article, talk about the vastness of the landscapes. Say that it looks like a forgotten country, but don’t ask why that is so. Talk about the empty terrain you have to cover, the harshness of the abandoned lands. Mention that the land has been abandoned because of banditry. Don’t forget to add that here, even stray dogs look out of place. Announce to your readers the good news, that development is underway. The oil rigs, the mines, the wind power projects, the development that is coming to Northern Kenya. All the years of the residents failing to utilise their high-potential lands because their attentions are occupied by banditry is at an end: Development is here to save them.

Broad brushstrokes throughout are good. Avoid having the bandits laugh, or struggle to educate their kids, or just make do in mundane circumstances. Have them illuminate something about survival in the badlands of Northern Kenya. Mention that the land is chaotic and fractured, and that the bandits walk proudly with their guns, as one would with a pen in civilised Kenya. Make powerful statements with vague generalized statistics to the effect of everyone having guns, good numbers of livestock being carried away by the bandits, and most of the children being bandits on the sly. The guns, of course, are nothing more than rudimentary firearms. The bandits should be colourful, exotic, larger than life—but empty inside, with no dialogue, no conflicts or resolutions in their stories, no depth or quirks to confuse the cause. Remember, at the heart of it all, these people are bandits. Six or seven AK-47s on the cover of your article is an excellent choice.