A Letter to Stella Nyanzi: “You Teach Us to Lay Blame Exactly Where It Belongs” 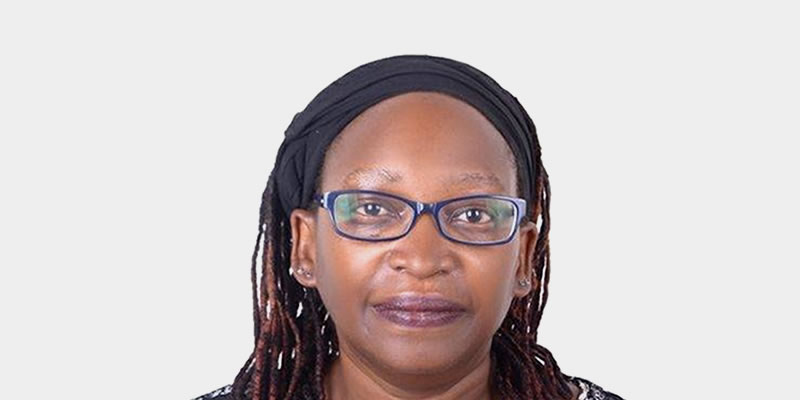 I used to think tyranny means one-party rule, one media station and army garrisons everywhere. Now I know tyranny also means that who we love, how we live, how we die and even the speed of our death is chosen for us by people that never have to face us, by people that have learned not to fear our wrath or our collective pain. You have taught me this, because both of us live under tyrannies. As I write this, you are in Luzira Maximum Security Prison contending with the tyrannies of the prison authorities, the judicial system, the police, Makerere University, Museveni and his state and personal machinery. We live under multiple tyrannies at once, some more immediate than others, all of them intent on silencing us.

I am writing this from Kenya. I am writing from a country reeling through an economic recession that the state’s press statements will never admit exists. A manmade recession fueled by the looting that seems to grow more arrogant with each day. As I write this, many Kenyans are dying in public hospitals because there is no medicine or the doctors have not been paid or someone stole the money for the equipment. As I write this, there are young people attending endless seminars on entrepreneurship because they face grim rates of unemployment, this too is manmade disaster. I don’t know how many young men the police have killed today; I don’t know how many women have been sexually abused or killed by a country that just seems to hate its women. There are also the university students who are teargassed and beat up every time they try to march, and the many communities unhumaned by the state. I don’t know how many queer people have been stripped or raped or mocked or told to prove they are human beings today. These are the tyrannies I live under.

We share some of these tyrannies and for this, I call you sister. Allow me to call you Stella.

When you staged your first nude protest at Makerere Institute of Social Research (MISR), several academics gave media interviews to say that they condemned your protest and found it to be ‘’too much’’, they mockingly asked if negotiations had failed for you to go to such lengths. More insultingly, some said while they agreed you had legitimate grievances, you could have been more civil. They seem to think that you should have spoken more sweetly. I laughed when I heard them. You know how tyranny works Stella, how it works especially well in bureaucracies. You know how good bureaucracies are at silencing and ignoring. You and I know that bureaucracies move at exactly the speed dictated by tyranny, no faster and no slower.

It is a maddening thing to realize that even in the hallowed halls of universities, we are ignored and insulted and treated anyhow, as our people say. It is more maddening to know that our emails, our eloquent letters and our pleas will go unheard when tyranny is present, as it was at MISR. Tyranny often wears a nice suit and can be well spoken and well respected. At Makerere, you used the tools at your disposal in defense of yourself. The tools on that day were red paint, cellotape, your body, your voice and camera. Those were the tools available to you. The other important tool in your arsenal, arguably the most potent, is your refusal of respectability.

So often, women are only celebrated when we protest in service of the men in our lives — our brothers, our fathers, anyone but ourselves. I think of all of us who are scared of speaking in our own defense, scared of organizing for our own wellbeing, our reproductive freedom, our sexual freedom, our safety. I think of how we have been intimidated to believe that this is entitlement, as if being entitled is a bad thing. How many of us have swallowed indignity after indignity because the only person being humiliated is us?

Here, I pause, in the middle of my letter to acknowledge and greet you in the movements you come from, the movements that have shaped you and supported you. We know that often people are isolated from their movements in order to make them messiahs. But messiahs always fail because they don’t really exist. I greet you in the name of the #RotAtMISR , #WomensMarchUG , #ThisTaxMustGo , #PeoplePowerMovement and the many offline political actions you have taken. From standing in solidarity with students of Makerere when they protested arbitrary inclusion of fees, to caring for the Arua 33 that were victims of state violence, to dealing with menstrual injustice through the #Pads4GirlsUG movement.

It is from your movements that you have dealt with the effects of Museveni’s tyranny intimately, by seeing how your comrades are brutalized and seeing how relaxed the dictators can be even in the face of impassioned pleas for even a small measure of justice. You have seen your movements forced to wait on the dictator’s time. We all do so much waiting after all. We wait for enough money to take our relatives to decent hospitals and decent schools, we wait for courts to vindicate us and for the churches to speak for justice and for the police to stop killing. On both sides of the Malaba border, we wait. A feminist sister, Mumbi, has written about how we are forced to wait on the state’s time, wait on tyranny’s time, in order to live as human beings. Mumbi considers that one of the ways we can disrupt the state’s time is through the communities we build and how we care for each other.

You have given us another answer to how we can disrupt the state’s time; by abandoning respectability and politeness. After all, the tyrants know exactly what they are doing when they abuse our humanity. From your political actions, your Facebook posts, and your court appearances, we learn to call the tyrants by name and declare their shame to them. I read somewhere that your father died because of the poor healthcare system in Uganda, and in your writing, you lay the responsibility for this on Museveni’s head. Rightfully so. Another feminist sister, Sunshine, says that this is reminiscent of what Fela Kuti did when his mother (and our feminist ancestor) Funmilayo Ransome-Kuti died from injuries she got after the Nigerian police raided Fela’s home. Fela took his mother’s coffin to the army barracks, to Olusegun Obasanjo, who for all intents and purposes had killed Funmilayo. When you call Museveni a pair of buttocks, that is exactly what you are doing, connecting the tragedy of all the deaths and suffering caused by a sick state to the head of the state. Truth telling can start there, by us clearly naming the tyrants and abusers.

For some reason, tyrants hate this. They are shocked at the idea that we might call them what they are: abusers, misogynists, sexists, thieves, robbers, murderers, homophobes. You teach us to lay blame exactly where it belongs, to practice the radical truth telling that refuses to be distracted by bureaucracy. Stella, you say that politeness has been held captive, and the powerful don’t listen anymore, and sometimes we have to say fuck it and then people will listen.

Too often we are willing to believe that if we are calm enough, if we are silent enough, polite enough, eloquent enough, poised enough, then the tyrants will listen. We believe that if we are ‘’well mannered’’ then we will be heard. We think if we bend ourselves enough, the tyrants will feel some pity for us. You remind us that this is deception. Good manners are decided by the powerful, and after all — isn’t it the worst manners to steal and oppress? Yet no one accuses tyrants of having bad manners. No, bad manners are left to be a cross for us to carry to hasten our own silencing, our own internal and final deaths. Respectability protects the comfort of the tyrants. Your political actions show us that when we shed politeness, we can disturb their peace in potent ways.

You, like Audre Lorde, know that our silence will not save us. Not only that, but politeness and niceness cannot save us either. You know that we only get silent to work out our internal convictions and from there, we use whatever tools we have to shout, be it our bodies, our phones, our voices. We shout. We shout because we are being killed either way. Your poetry, court appearances and nude protest are all political actions, asking us what we are still afraid of. What do we gain by protecting the comfort of these tyrants to enjoy their theft, their tyranny unoffended?

Stella, you are a woman who has reached into herself and taken joy, taken brazenness and categorically refused shame. Your body is your manifesto, as you say, and with it, you declare and live your radical queer feminist politics every day. We are affirmed by you.

Some people think you are fearless, others believe you are unashameable, I don’t believe either of them. Even with the best intentions, they are trying to make you iron, invulnerable, and otherworldly. I know different. You are not otherworldly Stella, you are fully human.

In care and love,