A Millennial Reflection on The Second Liberation 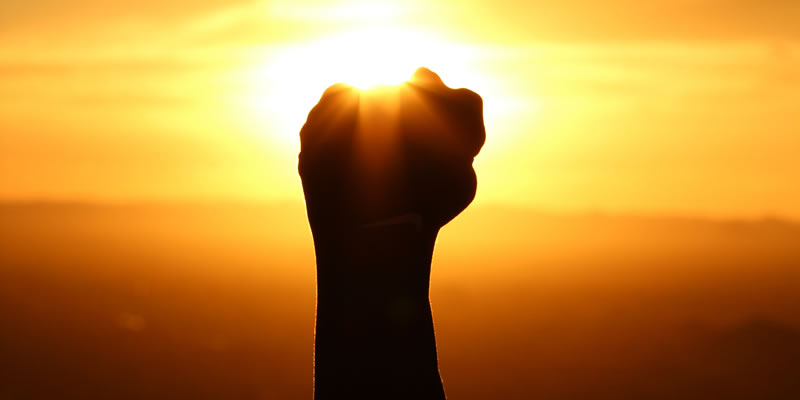 When I was a little boy, I did not understand the full meaning of freedom or Uhuru. I used to listen to the local news and wonder why some politicians were so keen on opposing the government. My parents did not really talk about politics, and it has taken years before I have begun to understand their political views. My grandmother, on the contrary, was active in grassroots politics, always taking part in different campaigns.

Recently, my mother showed me a picture of myself as a boy. I was wearing smart Savco jeans in the photo. She then narrated to me how she had procured the suit. Apparently, the local leaders had organised a tour for the people to visit President Daniel Arap Moi at State House Nakuru. For singing herself hoarse, my mother had received Ksh1,000 and had used half the amount to buy me the lovely Savco suit. And when Moi anointed Uhuru Kenyatta as heir-apparent in 2002, the majority of our village – including my parents – supported him.

I was a small boy then, so I did not understand. But I have come to realize that even in adulthood, few of us understand our history, or even the fact that we are yet to gain freedom. Reading has liberated me, and I now understand that Kenya is a neo-colonial state. Much of our history is marred by inaccuracies, and the ruling class has done exemplarily well to keep much of the country in political ignorance. The entire education system, according to Shiraz Durrani, is “geared to produce unthinking people who ape foreign bourgeois ways” and acquiesce to all the ideas of the powerful. In fact, the first move that the Kenyatta government made after independence, was to restrict publishing activities and the state-imposed strict rules to make sure that it was difficult for individuals to publish newspapers and books. Durrani affirms that, “…even under the harsh colonial rule, it was possible for Mau Mau to publish fifty newspapers.” It was new government, headed by an African, which introduced censorship laws and required publishers to deposits huge amounts before going on with their business.

Our main mistake has been to believe that we are free and that the government and its horde of politicians work for the good of every Kenyan. From the beginning, Kenya has been in the hands of imperialists who have worked hard to ensure that the nation remains that way.

Think about this, in a country where the first family owns thousands of acres, much of it not being put into productive use, people consider it the greatest achievement to buy and build a house on a ‘50 x 100’ plot. After 56 years of independence, we hear talks of former Mau Mau fighters who are languishing in slums in Nyeri and elsewhere without a place to stay or be buried.

In my formative years, I do not recall any event that made me aware of the second liberation. At home, no one was enthusiastic about the Mwai Kibaki presidency, especially since everyone I knew had cast their vote in favour of ‘the young man’ from Gatundu. Nevertheless, I was aware of Saba Saba and at one time, when I was in primary school; I enquired from my friends whether this famous day was a public holiday. Most of my classmates did not have an idea of what the day symbolised, and they muffled a few incomprehensible explanations.

Without knowledge of what the second liberation meant, it was easy to live and take major advancements in the political scene for granted. In the shadows, there were subtle praises for the Moi regime and they grew louder when new scandals, for example, the Anglo Leasing one, came into the limelight. Misinformation, a tool that Moi had perfected by controlling the media, made the new government look even more corrupt than Moi’s, and insensitive to the needs of the common mwananchi.

In my village, everyone seemed to support the government as long as it was headed by a member of the tribe. I still remember a man who, notwithstanding the hostility demonstrated to members of the opposition, was vocal about his support for the Orange Democratic Movement. I heard rumours that a section of the community had held a meeting to deliberate on how to deal with this man.

Political ignorance played a major part in making me loyal to successive regimes without trying to find out the truth about the second liberation, Saba Saba, or any of that. Fortunately, by accident, I discovered a few books that have forever transformed my thinking on Kenyan politics and the freedom that I had so ignorantly enjoyed. I started to question my political philosophies and the ideas that had become ingrained in my thinking over the years. Before me were the gross atrocities and wanton theft of public resources by a man that my parents had praised and defended. I was now disgusted by the man who earlier on had made a major contribution in the procurement of my Savco suit. Indeed, it was a shocking revelation that has continued to influence my political choices.

The journey towards a second liberation began a few years after we got our independence. Jomo Kenyatta and his conservative colleagues, with the assistance of colonial powers, had created a roadmap for a one-party state, to weed out radical nationalists. (In Kenya, there is a general idea that having too many political parties is a sign of disunity. It should not come as a surprise that the current regime’s Jubilee Party, aping the post-independence KANU, was formed by an amalgamation of 12 political parties. Not willing to go down that road again, Wiper, ANC, Ford Kenya, and ODM decided to form a coalition in 2013, which left their parties intact).

In the 1960s and 1970s, Kenya witnessed rising tensions in the political scene. The assassination of Pio Gama Pinto (1965), Tom Mboya (1969) and J.M Kariuki (1975) revealed that the political establishment was willing to eliminate anyone whom it felt was a threat and/ or keen on championing nationalistic politics.

In June 1982, the Kenyan parliament passed a draconian law that transformed the country from being a de facto state to a de jure one-party state. Now, only KANU could operate legally in the nation. Prominent figures in the struggle for multiparty politics, among them Gibson Kamau Kuria, Kiraitu Murungi, E.S. Atieno-Odhiambo, Micere Mugo, Mukaru Ng’ang’a, Peter Anyang’ Nyongo, and Ngugi wa Thiong’o had to flee into exile to avoid imminent detention.

More riots broke in the 1990s and culminated in the Saba Saba (July 7, 1990) meeting that was organised by the opposition. The Kenyan government responded to these “riots” in an unprecedented show of military might. James Orengo, Timothy Njoya, and other activists suffered under the hands of General Service Unit police officers who were out to loot, main, and kill. Charles Rubia, Kenneth Matiba, and Raila Odinga were detained and there were heavy protests and calls for their immediate release. Most of the activists incurred permanent disabilities due to police beatings and ill-treatment during detention and imprisonment.

In 1991, Moi relented to the pressure from members of the opposition and from the West and decided to repeal Section 2(A) of the Constitution to make Kenya a multi-party state. After the changes, about 10 political parties were registered, including the Democratic Party, Ford Asili, and Ford Kenya among others. KANU was able to win the ensuing 1992 general elections by engaging in voter buying and outright rigging. In 1997, Moi won the presidency by a narrow margin, and clearly, major changes were expected in the political scene. In 2002, the NARC coalition won the presidency against the KANU regime, and now, Kenyans could breathe a sigh of relief.

Understanding the meaning of the second liberation enabled me to realise that those opposition leaders were not mere troublemakers as I was told, but Kenyans who were keen on restoring the rule of law and people-driven governance. I read widely, becoming acquainted with the Kenyan history and devoured articles that focused on that era and other current and past governance issues. It was astounding when I discovered how much I did not know yet I was here being an adult, voting, even having a political opinion.

Looking back, I feel that our generation has a tremendous duty of making sure that the history of the second liberation is shared widely and that people understand what it took to have the rights and freedom that we enjoy. Parents should take time to share this knowledge with their children and express their gratitude to men and women who fought the oppressive Kenyatta and Moi regimes. Most of all, it saddens me now that so many of those luminaries who fought for democracy at that time have ended up defending state power once they get close to it. Perhaps the reason they don’t want us to know this history is so that we cannot see their hypocrisy; their lack of scruples; their turned coats.

Our generation should stand and oppose any move by the current regime to roll back on the gains that we have made. In this way, many who were beaten and maimed in Nyayo House will appreciate our efforts and realise that their suffering was not in vain. The second liberation should be a stark reminder that no government should be left unchecked and that infringement on the rights of a few should be opposed with utmost seriousness.

Furthermore, these histories serve a beacon of hope for all Kenyans who hope that this country will one day find true political and economic liberation. The struggle, which was spearheaded by students, general workers, and scholars, was a classic resistance to state capture and corruption that touched every aspect of daily life. Most young people have yet to comprehend that they have the power to fight economic exploitation and social oppression, which is evident in the current times. The change that the young generation hopes for will certainly not be delivered by the mainstream leaders; alternatively, it is up to the oppressed to rise up and demand their rights.

Today, many people take for granted that were have many political parties, and we can question the government without the fear of being arrested and detained. Unfortunately, most of those who fought for the rights we enjoy have not been formally appreciated for their efforts. On the contrary, many have watched with horror as the country slide back into the dark KANU era where the state has little regard for freedom of the press, and sadly, injustices and corruption have become a common spectacle. Personally, I would like to acknowledge the immense contribution of many patriots who sacrificed their lives to improve this country and make sure that we march forward towards freedom.