An ADHD Diagnosis: ‘My Nights Were Characterized by Racing Ideas, and Days Filled with Failed Projects’ 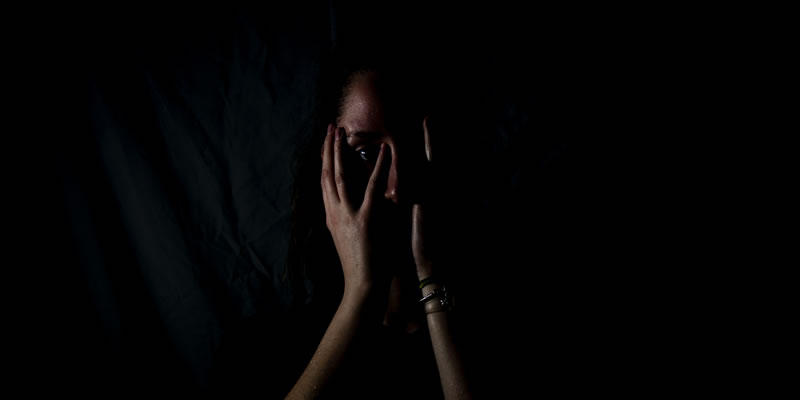 The diagnosis came about seven months ago. I was sitting in the counselling room of the hospital, a refurbished 40-ft shipping container painted light blue. I remember being annoyed by the breaks in the painting caused by the vertical ridges on the walls, and sucked on piece after piece of hard candy to calm down.

After a series of routine questions to get my history, an analysis by the psychiatrist, and several written tests, the verdict was delivered to me. Attention Deficit Hyperactivity Disorder. At first I was skeptical about the diagnosis. It was a strange case of déjà vu, one on which I’d sat in the same position across a psychiatrist two years ago and was given a host of diagnoses: I was told I had major depressive disorder, then affective disorder and then bipolar 1 disorder.

So I prodded the doctor, testing to find out if my symptoms covered a wide scope of diseases, or comorbidities, as the medical fraternity called them. To put my heart at ease, he showed me a TED Talk of a lady talking about her struggle with the condition, and the end of the video, I broke down and cried.

I’ll call the beginning of my visible symptoms as the crash. I’d excelled academically in primary and high school. I was a relentless high achiever, adapting the routine of school life which accommodated my bursts of energy and productivity. I graduated from high school with a good grade and joined university. But campus life came with the absence of a strict routine, and the unravelling at the seams of the thread of my life began.

I dropped out of my course after one semester and was kicked out of the halls of residence after failing to pay accommodation fees, due to procrastination. I resorted to clever methods to hide the absences in school from my parents. To cope, I drank and smoked a lot of weed. My nights were characterized by racing ideas, and days filled with failed projects because I couldn’t map them out; the brainstorm process ended up being crowded by other ideas and my mind couldn’t shut down. Then came the shame and low self-esteem. My mind had failed me so many times I could no longer trust the ideas it put forth, no matter how brilliant or mundane they were.

The first psychiatrist I visited was a referral from a general doctor. I’d arrived at the triage suicidal, struggling to breathe, and paranoid that I was being followed and watched. He prescribed some sleeping pills and handed me a sealed envelope addressed to a private psychiatrist clinic at the Doctor’s Plaza at Nairobi Hospital.

I didn’t feel bipolar – I was told bipolar disorder entailed massive mood swings, and this didn’t quite apply to me – but I accepted the diagnosis as it gave me a semblance of peace. At least I had a reason for my behaviour.

For two years, it cost nearly Ksh800 a day to pay for consultation and medication. Physically, the drugs left me feeling comatose on most days, and demoralised because I was still messy and erratic, but with a Ksh288,000 annual price tag to keep me stable. I sunk further into depression, culminating in a failed suicide attempt.

At the peak of my treatment, I was on a cocktail of seven different pills in the class of antipsychotics, antidepressants, and anti-anxiety medication. They gave me sleep jerks at night and vivid nightmares — eventually, I developed a dependency on the lulling effects of the anti-anxiety pills to help me sleep. The tipping point came after a violent altercation with my cousin, which landed her in hospital and me in the refurbished blue container recounting my life story, and eventually, finding a turning point.

The psycho-stimulants prescribed by the doctor were a relief. I could finally consistently complete my tasks and rein in errant thoughts, but the new ADHD diagnosis was exhausting. I imagined having to explain myself again to my friends about my condition over and over like I’d done for the past two years, and I was hardly prepared for the emotional or mental labour.

ADHD is a condition of limited self-regulation rather than a deficit of attention. A person with ADHD is able to concentrate for long periods of time in a state known as hyperfocus, that is when they are interested. ADHD exists on a spectrum and some people have it worse than others. We all have moments of ‘zoning out’ and procrastination, but for the ADHD individual, their symptoms fall on the extreme end of the scale and can be crippling.

Dopamine is a neurotransmitter that is responsible for a range of functions in the human body including emotional regulation, and motivation to guide your brain to accomplish specific tasks in order to get the desired reward. To use an analogy a psychologist gave – our brains are engines. Different parts initiate and receive tasks, others execute them and help manage one’s routine. Dopamine is the fuel between these areas, but ADHD brains have a deficit of dopamine. The result is that coordination is missing.

ADHD is a highly comorbid condition, meaning it exists with other mental conditions such as anxiety and depression. The emotional dysregulation and hyperfocus often leads to misdiagnosis as bipolar disorder, borderline personality disorder or other affective disorders – like it happened in my case.

The DSM V – a diagnostic criteria by the American Psychiatric Association used to identify mental illnesses, leaves out a key factor of ADHD diagnosis – emotional dysregulation – from its list of symptoms, further increasing the likelihood of misdiagnosis.

While ADHD in children is extensively studied and treated, very little academic literature covers adult ADHD, and in particular ADHD in women, which is complicated by changing estrogen levels that affect the availability of dopamine in the brain at different points in the menstrual cycle. The link between estrogen and ADHD means that at different times of the month, the symptoms get worse and might require a recalibration of medication and more money to cover the cost of drugs.

By the time an adult is given an ADHD diagnosis, their lives are littered with failure because of trying to conform in a neurotypical world, with shame, guilt, broken relationships, and a calcified negative view of themselves as lazy, inconsistent, rude, violent, stupid…the list goes on and on.

As I discovered, conventional therapy is often expensive and limited to brief sessions with the psychiatrist and counselor once a month. Adults with ADHD need extensive help, an almost round the clock treatment in the form of non-judgemental accountability partners to help them form a routine, map out their life and follow through on decisions. In the case of an adult diagnosis, and given the individual demands of everyone else’s lives, such accommodations seem like ridiculous requests and one continues to live with their dysphoria.

ADHD and its treatment is very misunderstood. There are stereotypes such as “We are all a little ADD”, and there’s scepticism over whether or not it’s a real illness. Misleading media coverage about the alleged performance-enhancing abilities of the drugs used in treatment also hinder objective discourse about the reality of living with ADHD. The victims are the adults who continue to suffer, very often without knowing what their condition really is, at the workplace, in school or in their homes.

My life hasn’t completely changed, but it’s a lot better than it was. I have interacted with other adults who also live with ADHD and formed a small support group of sorts. I got back on track with my studies and graduated. Living with ADHD forced me to be extremely honest with myself about what I can and cannot do, who I can be and who I am not. There can be no illusions about my strengths, weaknesses and ability to commit to tasks, in order to avoid that vicious cycle of depression and anxiety.

As for the medication, it is not a panacea. I needed to be honest with myself about this too. It was easy to use the drugs as a crutch and avoid putting in place mechanisms to regulate my behaviour – and then blame mishaps on ‘being off the meds’.

What do I look forward to? More research. Particularly on ADHD and women and how environmental factors, socialisation and biology exaggerates or diminishes how the symptoms manifest. I keep a journal and note down observations on days where something strikes me as odd, and use that to inform my treatment. It’s the beginning of my own personal research, and I hope it can help someone else someday.

To conclude, ADHD is neither a gift nor a disability. We can have no illusions about that. It can make you prone to certain harmful behaviours and may give you some advantages over neurotypical brains, but the labels of gift or disability may prevent us from being objective about its management. But with a little more knowledge, and a lot more empathy, we can create a society where lives are not littered with failures that could have been avoided.