A Shocked and Neutered Generation Staring Disaster in the Face 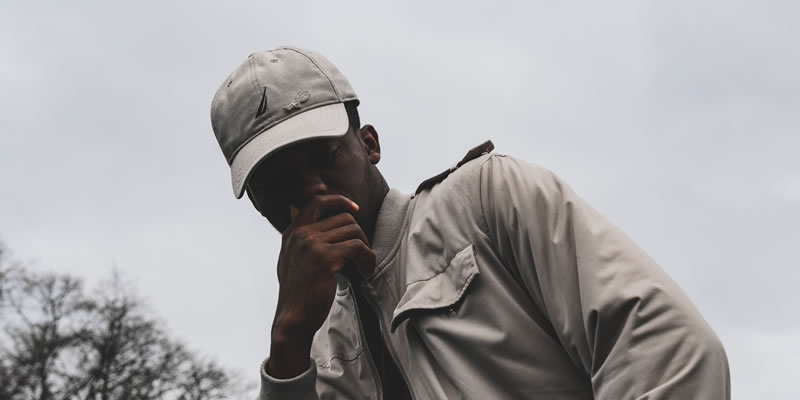 On a bright, sunny yet cool Eldoret morning on Valentine’s Day this year is the last moment I would have expected to watch my dad breathe his last. Nothing can prepare you to watch your father die, and when I looked at him that morning, I saw so much of myself. He and I are both tall, abstract thinkers and public-spirited. It was a mutuality of traits that made our relationship often strenuous, respecting, yet sometimes borderline acrimonious.

But more than that, we had more in common, right down to our upbringing and the irony of him replicating his complicated relationship with his father.

My father told us that one of his earliest memories was his experience living under Idi Amin in Uganda as foreigners from Kenya in the 1970s. He’d talk of subsisting on boiled maize for days as Amin’s men unleashed hostility, paranoia and angst on Asians, Europeans and by extension Kenyans and Tanzanians.

He’d talk of being held up in the house for days on end unable to step out, the whole family holding their breath and praying silently amidst the skirmishes in the neighbourhood as houses got torched by the Obote’s and Amin’s gangs. He’d reflectively recount his father (my grandfather’s) life in the Kilembe Mines on the slopes of Ruwenzori Mountains, on the border between Uganda and the Democratic Republic of Congo; a place that tugged at my grandfather’s heart for eons, and from where my grandfather would be brought back from, in a coffin for burial, three years before I was born.

My father’s family fled back to Kenya, and adjustment was tenuous, though the intervention of the hand of providence landed him education and job opportunities that set him on a path to relative social mobility. When he “made it”, my father quietly paid his “black tax”, supporting numerous relatives with money, time, advice and connections, well aware that his adjustment into Kenyan life owed more to the hand that fortune had dealt him, and that the same hand hadn’t been dealt to a large number of returning relations.

He, like an oak tree towering above his peers, allowed many to find shade and breathe, by sacrificially offering numerous opportunities to his kinsfolk. His altruism would run into the economic headwinds of the 1990s, but thankfully by the 2000s many of those under his care and tutelage soared, thanks to the neoliberal boom.

In 2002 I watched him for the first time admit to a close friend at a wedding that he’d finally began to come to grips with his vulnerability and physical frailty, something he’d never admit at the height of his “black taxpaying” days. But even for a man mired with such prospects he still would navigate the 1990s with relative ease given that the nation was facing an economic crisis. For my generation, we seem to be fighting a different kind of disaster.

We’ve walked into an economic crisis right at the moment where a shrewdly adversarial vice president is laying claim to the presidency against three calcified, largely uncreative, and primitive dynasties. In my peers, I see a demographic that finds itself trying to navigate their young lives in the dual crisis of messy succession politics and economic headwinds, in which a massively flawed presidency has deepened the dysfunction.

The power of being proficient in your field is the constant ability to juxtapose what is against what is to become. To that end, to claim the current economic mess was unprecedented is to perpetuate a lie. When this regime got voted back in 2017, I sat at a coffee house at NextGen Mall and grieved both for the body bags sent to my grandpa’s hometown Kisumu and also for the prospects that the Uhuruto duo portended for the coming five years. We knew what we were being signed up for.

I believe that the path of nations often follows a messy yet unbroken path into the future. Now as the economic wheels come off this train wreck of a regime, in my view the current dual economic and political crises could be the unlikely hand of divine intervention.

How, you may ask? First, this economic crisis will pretty much mark the end of the current oligarchic state capture as it will likely render millions unable to feed their families, hence eliciting a harsh criticism of the primitive elite with the possibility of widespread protests and revolution.

Secondly I see in the astute organizational efficiency of the deputy president, a ferocity that’ll awaken the dull and largely self-entitled dynasties to burn the midnight oil trying to figure out ways of upstaging him. Either way the final outcome of the current political contestation is that we as the masses might just witness a change in the elite framework of the society.

Thanks to a twist of fate, my intellectual journey started on the ideological Right, a landscape that built in me a reverence for structures from marriage to family, religion, and statecraft. Conversely by drifting further Left, the tools of critiquing power relations came to me by way of incessant debates with those to whom structures are almost synonymous with oppression.

To be fair, thanks to their extractive origins, the structures which we exist in this country have never been reformed to humanize our existence. Most of our churches are empire-building plans. Our schools unleash brutality in the name of discipline, verbal violence packed into the stereotypes, and the tyranny of low expectations by condescending teachers.

As is common in economically repressed societies, most homes out here have become the crucible for internalized violence, as husbands but mostly wives and children become the victims of anger and pain carried over from the public space by family members.

Our media is largely dimwitted, voyeuristic and goes for the shock value, rather than unpacking the layered realities behind what passes for news on any given day. This, to be clear, is often a potent mix of violence and poverty-porn laced with elite gossip, which for lack of a better word they call politics.

To be Kenyan is to be constantly re-traumatized by the institutions and structures that we inhabit, and having been dehumanized we proceed to unleash low-grade terrors on those close to us. In the end we’re becoming a pragmatic, soulless people who think our biggest problem is corruption while in truth it is the collapse of social order.

It’s the disintegration in the public trust; that core belief that this doctor won’t misdiagnose me, that this tout won’t hike the fares arbitrarily, that the rice I’m eating isn’t expired and repackaged, that the mechanic didn’t fit a faulty brake pad and pocket the money I gave for a new ones.

We can’t breathe because despite the billions looted from the coffers, the regime keeps telling us how the economy grew and all the great things they’ve done for us for which they deserve accolades. To be Kenyan is to desperately need the tools to help us see through the violence packaged in slimy words and to confront the assault on our sense of reality.

Lots of us Kenyans, grappling with declining incomes and job prospects, have to watch fuel guzzlers bully their way through our roads and red carpets laid for grand looters. We have to listen to empty yet colourful statements pepper the political talk by elites, and watch even more cash get looted by an uncaring and self-absorbed cadre. Our peers and relatives who lack the tools needed to process this reality and affirm their sanity amidst the constant assault are left to question their sense of humanity.

What prospects do I see for the future? First the human dividend that arises from having an educated generation not only increases the aggregate skill pool available, it also significantly increases the probability that a random person chosen to lead will be competent. Given that my generation (age 18-40) are the most educated then there’s hope in the horizon.

In the short run though I do not foresee any radical shift as the political class further strangles a shocked and neutered citizenry. It’ll get worse before it gets better and the tragic acknowledgement is that the worsening economy will claim numerous innocent causalities.

I’m constantly reminded of a conversation between a Kenyan economist and an unnamed Asian official to whom he was highlighting grand corruption in the country.

The Asian official, who was quick to remind him that his country has worse corruption than Kenya yet they were still prospering, affirmed a critical truth. That corruption is the near inevitable dysfunction of any given society. And that it takes that dysfunction coupled with incompetence for a society to produce the level of breakdown that we’re experiencing.

Elites are, in theory, the steady hands of the civilization, who ideally offer visionary leadership, invent new products and lay the path to future prosperity. But this a hope that we the Kenyan citizenry can’t lay on our ragtag cabal of elites who are simply united by their greed and plunder.

My primary fear for my generation is the risk of getting afflicted by the trauma of economic lack. A story is told about how during World War II, children would walk for days before finding food and then walking further to get even less food. Eventually the children came by a shelter where they were housed, clothed and fed. In the evening time the kind caregivers sent the kids to bed but the kids wouldn’t sleep. Aware that they didn’t know when they would come by food again, the kids stayed up all night staring at the crates of breads.

The caregivers figured out a solution, they gave each child a loaf of bread, and the kids slept well. That trauma of lack is a real possibility in our 40s and 50s. If we stay on the current path of grand looting and shrinking opportunities, we’ll emerge in our middle ages with little to show for materially. We’ll end up looting parastatals, risk the economy even further in a desperate bid to run away from the lack of bread that plagued our ‘jubinomics’ years. This same problem that’s plaguing the current 45-65 generation, who suffered the trauma of lack through the Moi years.

I can’t breathe as we’re swamped with tightening personal budgets, stalling academic prospects and dying art of community. I’m afraid when sanity resumes we’d have lost our capacity to smell the flowers, and regale in the simple joys.

Irrevocably traumatized, we risk being left stoic and unfeeling, laden with memories of economic violence too painful to retell in our later years. It’d grieve my now departed father that decades apart and despite his best public service, the plagues of his generation in Uganda are being revisited upon his son’s generation in Kenya.