Nairobi, The Grim City in the Sun 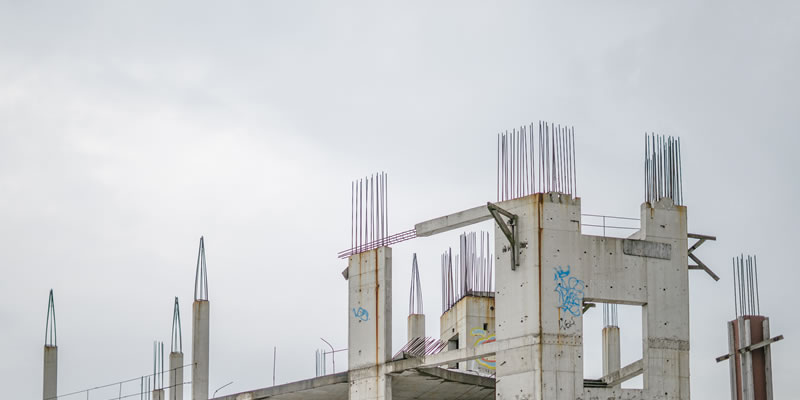 There is a 10-floor building under construction about fifty steps away from the 5-floor building where I live. Every day with the exception of some Sundays and some public holidays, a bearded man, maybe in his 60s, sits on a blue plastic chair on the murram road outside the construction site; sometimes waving his stick, supervising, inspecting all deliveries, and watching the workers on the building site. He could be the owner or the one appointed as the foreman.

When I moved into the flat I presently occupy in 2016, the foundation for that site had been dug, but no work was progressing. It resembled an empty swimming pool. Perhaps the owner – who might be this man sitting on the blue chair – had faced financial or legal barriers. I do not know. I was glad that the site itself wasn’t right next to the building I live in. I could see that if and when construction started, the residents in the surrounding flats closest to it would be denied sunlight and their laundry would never dry and they would need to keep the lights on in the house, even during the day.

At the time, this abandoned site was a place that pooled with water on rainy days, but on dry days offered a playing space for children who have nowhere but the murram road on which to play. In the dry season, this was better than them playing football on the oil-stained road that also served as a motor vehicle mechanics’ yard during the day. Sometimes this site served as a garbage sorting area.

Mid 2018, I assume the owner of this site got past whatever barriers had stalled the construction. My mornings have since then been punctuated with the sound of lorries delivering and offloading stones, sand and ballast. Pouring it on the road. Rendering parts of this narrow road unusable. The construction workers often start work before 7am, making a ruckus. Shouting orders. Shoveling. Breaking bricks. Sometimes work on this site continues even after the sun has set. As the floors of this building increased, an extra noisy pulley system was added to the site, which was loaded with bricks and then sent up to the workers. From my kitchen window, it seemed like the sky was disappearing with every additional floor.

In my neighbourhood, apart from this one, there are three other ongoing construction projects. It helps to leave home before sunrise and get back after sunset. One wonders about the babies who have to stay home and sleep through this noise. Few workers at the site next to my flat wear safety helmets or anything that resembles safety gear. I’ve seen construction sites in nicer neighbourhoods with their half-done walls covered netting to keep the dust in (or away?) and the site surrounded by iron sheet walls and barriers t to protect pedestrians. This one only has netting facing the wall that’s flush against the windows of the neighbouring flats. There’s almost constant water flowing from the site, soaking the murram road, leading to another building down slope from this construction site. Grey water.

I could list the illegalities. I’ve seen different government authorities stop by. This is a country of standards. There is a complaints system. For all kinds of things. I know. There is a way to notify the authorities. To do something. I could do something. But I am tired. Defeated even before I start.

A group of women set up their temporary cooking area on this same road once construction began. By then, the mechanics and their oily grease had left. When it’s time to take a break, the construction workers sit on the road, on stones that serve as makeshift stools, and have their meal. I’m uncertain about building codes, about construction worker health and safety rules and all of that but I’m certain that many things here are wrong with this project.

I’ve evolved into a person who avoids opening my windows for extended periods of time unless I’m cooking something that’s got a strong aroma, or when the heat in the house is unbearable. If it isn’t the noise from the build, it’s the dust from it. Whenever I mop my floors, the water turns black. On the few occasions I’ve had to travel for a few days or weeks, I always have to make sure to leave dust covers on all my furniture. It makes things easier. When I return I’ve got to clean the entire house before falling asleep otherwise I won’t sleep at all.

Early this year, the air around my neighbourhood got a noticeably worse, more than the usual smell. Every time I stepped out of the house, I had this burning sensation in my eyes and throat, like I’d just walked into a teargas-filled space. Lucky for us, the area MCA took this problem seriously. This action was so unexpected, so unusual, that I could hardly believe it – and this air pollution issue seems to have resolved for now.

There have been a few power outages directly related to the build. One time, a lorry touched a power line and there was a scary explosion. The power was gone for most of the day after that. We’ve gotten used to it. I’ve gotten used to it. This living in Nairobi. This is what you get. You could find a place to move further away from this, a place where there is grass and there are trees and reasonable quiet. I could. But with my budget, such places will invariably be far away from the city centre. I could commit to a 4-hour commute. I could.

I’ve wondered how these toxic living conditions affect me. Last year, I bought a few houseplants and put them in my small balcony. I’ve never been keen on gardening so I cannot say definitively that my plants died because of the limited light or the air pollution. It could just as well have been because of my overzealous watering, or I just got the wrong plants for this strange climate we are now experiencing – that January heat that extended for too long and the unreliable rain.

I notice though, that here, like all places in Nairobi, I’ve been seeing fewer birds. I’m a sort of bird watcher, no expert, but I even own a bird book and make occasional trips to Nairobi’s weekly bird watching expedition. Yes, Nairobi has a weekly bird watching expedition, run by Nature Kenya. So I notice when the birds are disappearing where I am. I’m lucky – I do not work regular office hours. When I go bird watching I’m reminded that there are some parts of Nairobi that are still that Green City in the Sun. Just not where I live.

Of course, the ideal situation would be that I’d find another place to live, one that would be commute-friendly, with no noise and no air pollution. I imagine, it will happen, soon. I dream. But house hunting in Nairobi means that you start with this idea of the sort of standard of housing you want, maybe even deserve or have earned, and then this city batters you into making your peace that all you need is just shelter, a caretaker who minds their own business, and an acceptable, though dubious, source of water.

To live here is to wake up extra early to beat the sunrise, because that’s when I write best, and to have that precious morning lull before the construction noise starts. Raising the volume of the music in the house is only soothing for a while. I’ve always liked the outdoors and hiking but more so in this last year because I’ve needed to get out of the house and find somewhere that’s the complete opposite of the noise which become my constant rhythm, and the headaches, and the constant feeling that I am getting a cold. Sometimes I imagine my lungs filling up with concrete dust. I imagine the strange taste in my water is concrete. I’m always trying to find my way to a forest. It occurs to me that since June 2018, I’ve been signing up for every possible walking or hiking expedition away that I can make time and find the money for. If only this was a job I could get paid for. I also find myself visiting museums and art galleries.

It’s costing me money I don’t have. It’s maybe not the most sensible way to live in Nairobi. Maybe it’s the privileged way to exist in Nairobi. But it’s the way I’ve kept my body from getting accustomed to this. It is how I breathe. At the very least, it’s my way of feeding my dreams. So that when I sleep, my mind can create for me different kinds of dreams. My dreaming cannot be this terrible architecture, these sounds and these smells.

I thought the noisiest part of the construction project was completed until last Monday when they started drilling a borehole, a process that begins every morning at 6:30am and is so disruptive that it feels like the walls of the building I live in are vibrating. Perhaps because of the extensive dust, the exterior walls our building I live were repainted in April 2019. I had this thought in my mind and was amused when I heard my neighbour expressed it to the caretaker, “I hope you don’t use this as an excuse to raise the rent.” The caretaker shrugged and said that wasn’t the case. I hope he was telling the truth.