The Kenyan Media and the Queer Stories Of Our Lives 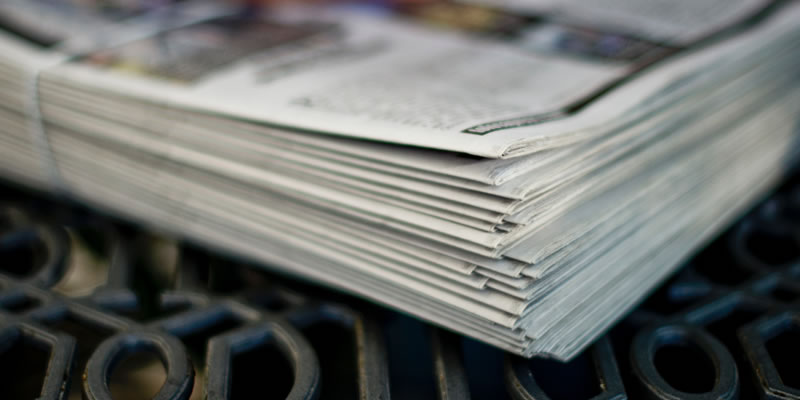 My earliest encounter of the word homosexuality in the Kenyan press was in the 1980s and 1990s thanks to the magazines Drum and True Love, which were published out of South Africa at the time. There was the Dear Dolly advice section, which offered advice on relationships and what I thought then were ‘adult’ things. The mainstream press occasionally carried out an ‘expose’ on areas of Mombasa Island that were notorious for homosexual activities. When it came to TV, I remember there was a couple of male sex workers who were used as the standard representation of all things gay. This seemed to suit the narrative that all gays were sex workers and effeminate. Any queer reporting had to be sensational, and inevitably leading to an AIDS-related life or death.

Even today, in most cases, whenever there is a ‘gay issue’ that cannot be avoided, the pictures used in the local media will be of cut-off jean shorts or the most dramatic photo that can be found off the wires. It’s all aimed at creating the ‘hawa watu’ (these people) feeling. ‘Gayism’ – a term that doesn’t exist in the English language until our newsrooms birthed it – is rarely portrayed in a way that normalises same-sex relationship or depicts queers’ identities in a positive way.

I cringe when I remember the Standard’s coverage of the UK-based Kenyan gay couple who got married back in 2009. Once the story was picked up by other media houses, they hot-footed to the unsuspecting parent’s home in Murang’a, and sought a reaction that was anything but shocking. No one really cared to ask whether she even knew what homosexuality was.

Do we ask the same of women in heterosexual relationships?

“The responsibility for the news rests with consumers as well as producers, or rather when we accept and repeat statements, we too become producers of the beliefs that shape this world. It behoves us to do so with care.” The majority of the media houses are guilty of regurgitation of the lie that homosexuality is illegal and that Repeal 162 was about gay marriage. This has not stopped the public to from asking the same media houses: ‘if homosexuality is illegal, then why are gay people allowed to walk around freely in the country?’ The gay marriage line has kept being weaved into stories even after the petitioners of the case repeatedly stated the case was not about marriage. Sadly, we have become a public that simply consumes without question. Media audiences in Kenya are severely malnourished! There is a lot more reporting than real journalism from our media houses. One might even say there is a lot more misreporting than reporting taking place. And this extends beyond ‘hawa watu’ issues.

Sadly, many notable stories on LGBTQ Kenyans or allies are falling off the radar of our media houses and being picked up by the foreign press. I must say the Daily Nation is in the habit of covering LGBTQ Kenyan stories through news agencies like AFP. I could be wrong but I have not seen a local interview done with Rafiki film director Wanuri Kahiu on any local platform. The film remains banned in Kenya. Another banned film is Stories Of Our Lives, and producer Jim Chuchu told me that no local media house approached their team for an interview even as the movie was receiving accolades and screenings at film festivals across the globe. There are writers who are getting recognised for the queer literature that is being produced in this country. Junior Nyong’o’s non-binary but very stylish fashion sense has led to questions about his sexuality, instead of being applauded for its uniqueness. They aren’t even letting him shine!  There are visual artists whose work portrays queerness in a way that celebrates us as Kenyans. Work is being created that is showcasing our varied tapestry as a people and narratives being created that are ours, Kenyan. But journalists who have been trained to report on the issues by LGBTQ activists point the finger at their editors and editors in turn are in fear of the media owners. Plus, there is also the fear that covering a good queer story or even humanising a queer might be seen as an assertion of queerness. And what is wrong with that?   Why can’t stories be told without being moralised? Doesn’t the Kenyan reader, listener or viewer deserve the right to make their own judgement?

Chinua Achebe in his essay, Spelling Our Proper Name, says, ‘The telling of the story of black (insert LGBTQ) people in our time, and for a considerable period has been self-appointed responsibility of white (insert patriarchy or moralists) people and they have done it to suit a white (insert patriarchy or moralists again) purpose, naturally. That must change and is indeed beginning to change, but not without resistance or even hostility. So much psychological, political and economic interest is vested in the negative change. The reason is simple. If you are going to enslave or colonize somebody, you are not going to write a glowing report about either him before or after. Rather you will uncover or invent terrible stories about him so that your act of brigandage will become easy for you to live with. ‘

Our media for many years was lauded for being the most vibrant, ‘free’, daring at one time, and most professional in the region.   And many editors, journalists and even photographers paid the price, some with their lives, for choosing to fight with the pen and protect the integrity of the fourth estate.   Fortunately, we no longer see arguments about homosexuality being un-African or a western import, because ‘hawa watu’ are us, Kenyans of the soil. It is increasingly difficult to sustain the ‘western influence’ argument. There are fewer images of stereotypical gay bodies used to depict gay narratives. There is more discourse. However, it needs to be a discourse that honours the strength of the Constitution and the dynamism of our Kenyan human-ness. I hope that soon when I encounter media coverage of LGBTQ issues, it will recognise and acknowledge that there isn’t one single narrative to our ‘gayism’, which actually isn’t even a proper word.