Binyavanga: He Was One of Us, and We Are Him 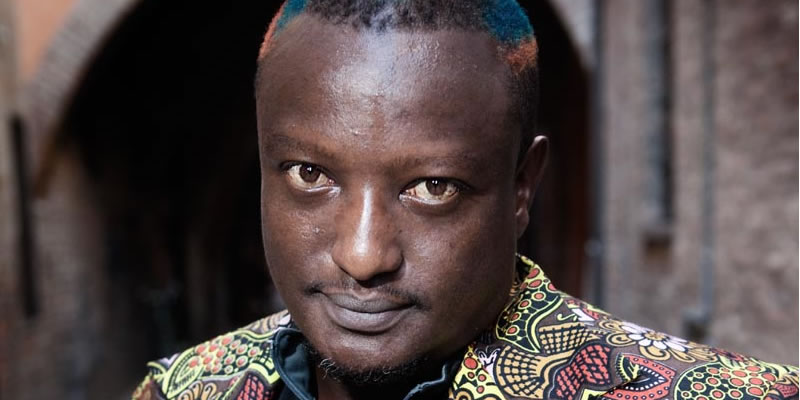 I met Binyavanga, not in the way I had wished to meet him. I met him like a thief, lurking in the shadows. I was mostly fascinated by his writing, and later by the intriguing, disjointed, and frankly frustrating way he would go off on a tangent on social media. Sometimes throwing a perfectly crafted gem. Sometimes coming back to an idea. Sometimes never coming back. Sometimes disappearing in a fuzzy maze of rants. His legion of followers imploring him to stop. Others cheering him on.

One of those was against Caine Prize, in it, Binyavanga argued that Africans were according the Caine Prize far more significance than it deserved, in so doing neglecting its own homegrown literary institutions. It was about time someone told them, one said. Why are you spitting in the plate that you ate from? After you have become full? Another quipped. You only needed to have read Binya’s work, and interacted with his powerful, borderless imagination to understand why he put the Caine Prize to task in this way. And why not? He had founded Kwani? to address these same issues. To create a local platform where writers would meet publishers at a table of equality. And one where when work by a local author was published successfully, there was no added pressure of a sense of indebtedness to neocolonial charity.

Imagine the power dynamic at play those many years ago when Chinua Achebe snail mailed his only copy of his “Things Fall Apart” manuscript to the UK. Relying on the goodwill of an editor to reply to his mail. Fortunately, luck was on his side, but anything could have happened – the world could have lost one of the best literary pieces of work of all time. Those kinds of dynamics are still at play in the global literary scene, and Kwani? was trying to rethink and change these interactions, to balance the power and expand our imaginations beyond what is defined for us.

Take a book like Eva Kasaya’s “Tales of Kasaya”, a gut-wrenching story exploring the realities of being a househelp in Kenya, which was published by Kwani Trust. Eve Kasaya did not have the conventional writer’s pedigree before this book was published. She had a story. And there was a platform called Kwani?willing to give this story a chance.

I met Binya at his book-signing event at the Kenya Railway Station in 2012. I heard the news that he was launching his book, and I took a country bus from Kisumu to Nairobi, arriving just in time to get a copy of One Day I Will Write About This Place. The book was priced at a friendly Ksh500. And this, finally, was my chance to meet the man in person. Someone I met at the venue noted that everyone who was in attendance looked like they existed within some form of creative chaos. This was his way of acknowledging the absence of colonial rigidity that defines boundaries in settings like these. It was the first hint that this evening wasn’t going to go how most of these things go – that of a superhero teaching us, earthlings, the secret to his genius. When Binyavanga got up on the makeshift stage holding a bottle of Tusker, I put my phone away. I was not going to type any notes. This was not going to be any kind of structured interaction.I quickly grabbed a second Tusker.

Binya’s appeal was his down-to-earth nature. People who met him have various testimonies of his generosity. Others like me, online faithful disciples, mostly watched in awe as he dropped wisdom on social media. Stopped. Started a rant in the dead of night. Followed it with brilliant ideas the following day in a vicious loop of unpredictability. A hurricane of sorts. All you needed to do was to take a seat at this table of steaming buffet of ideas. All you needed to be was hungry. 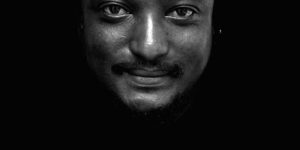 A few years back I was struggling through Yvonne Adhiambo’s novel Dust. I had taken two long flights with the book as my sole companion. I could not crack it beyond a few pages. I sent Binya a quick DM on Twitter to seek his opinion on this book. I wanted to know if it had spoken to him. He replied promptly. He told me to “allow it to speak to me.” I should have taken his advice. I am taking it now. The funny thing is I knew he would reply. If it were another author of his calibre, I would have not held my breath. But I was still thrilled that he did.

Binya’s writing during his time in South Africa is a good window for peering into his life. He was a man who had been through the cycle of life. It is a story of resilience; staying on course when all evidence points to a life ending in failure. One of his stories, “Thank you, SA, for caring for me, says Kenyan student”, is a catalogue of gratitude to people who gave him a bed to lay his head when he was a struggling Kenyan student in South Africa. He writes about getting a bottle broken over his head when he stands up against a bully. He writes about South Africa convulsing through riots in the wake of Mandela’s release. How he is gripped with fear. He has outstayed his visa and everyone looks suspicious.

Binya’s generosity also lies in his open invitation into his family through his writing. We are growing up with his sister Ciru; leaping through the daily joys of upper middle class, urban African upbringing. We are there with Binya, his mother and uncles, learning the complexities of having a mixed heritage between multiple African countries. We are also with his Baba. “…I am racked with guilt and am avoiding Baba. He has been gracious so far – has said nothing. All that wasted money on my degree.”

His complex relationship with his father around education is something all of us, children raised by fathers who believe that formal education is the only way out of traps of poverty, have experienced. At this point, he is one of us, and we are him. Through writing he is getting a second chance at life. Self-motivation. Self-education. Who are we not to be awed by a man let down by an education that was too structured for his creative brain, before harnessing his innate talent to global recognition?

This resonates loudly with many of us who have been let down by the colonial structure of African education systems that emphasise obedience over creativity. And its enforcers. Parents. Teachers. Professors. We are getting inspired to challenge it. To think out of imposed and inherited mental boundaries.

His relationship with Baba earlier on also brings to fore the complexity of his sexuality. We witness how the identity of an African male child is strongly tied to their father, and how breaking such identities to discover ones true self is a complex, layered process. It is no surprise that he comes out to his mother after her death, in an article published in 2014. It is the emotional writing of a son, longing, wishing for what would have been, had this opportunity have presented itself earlier. In a different more accepting world, this would have taken place earlier, face-to-face. Mother to son. Son to his mother.

There are very few books where a writer really opens the doors to the house of his family’s life, and takes readers through a spiritual and emotional journey like Binya did. One Day I Will Write About This Place introduced us to intimate stories about Nakuru. Prior to the book, I would honestly just consider this town a stopover for bathroom break and food for people travelling on country buses between Nairobi and the Western and Lake regions of this country. I never imagined the town had any artistic life until Binya wrote about finding his childhood and teenage years in it. This coming of age narrative deals with complex issues of identity, belonging, politics and culture across decades and multiple African countries. Binyavanga weaves it unapologetically in a playful style that only he could.

Through this beautiful journey we are all struck by this force of nature. We hold our breath excited, fearing what may come next out of this inspiring genius of a man. A human rights activist.A pan Africanist.A force of nature.