Millennials II: Violence, Silence and Reflections of a Kenyan Childhood 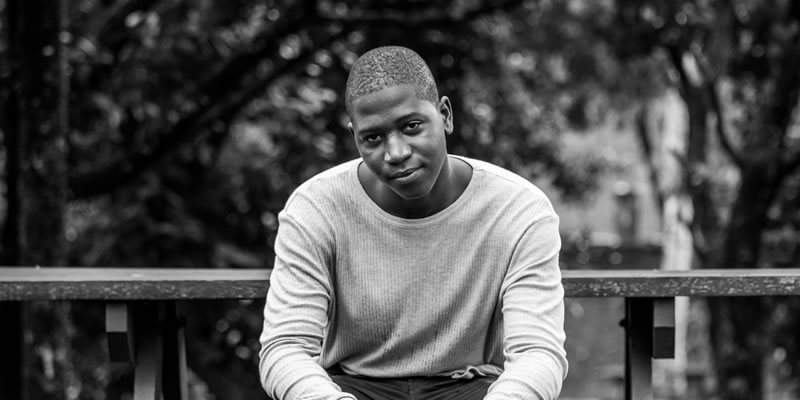 I come from a family of five siblings. I have four sisters and I am the only boy. My family is a closely-knit one. From the outside, it was perfect and ideal kind associated with happiness and love.

But behind closed doors, it was a different story. Even as we indeed did have love for each other, my childhood was marked by intense violence and emotional neglect; the kind of upbringing that would end up denying me the ability to stand up and speak for myself when I needed to. And the kind of upbringing that would set me off on the journey of my search for identity later in my adult life.

For most people, the closeness that we enjoyed as a family ought to have translated to a more fulfilling childhood, and in effect, an upright, confident young adult. But nothing could be further from the truth.

If it was not the corporal punishment and constant criticism that came from my father, whose approval I had lived fighting for, then it was the isolation and emotional distance. My father was frequently away from home, either at work, or busy doing one of two gigs to eke out a living for his family. I never enjoyed much time with him.

In my family, nobody’s opinion mattered other than that of my father, who was always right, irrespective of the actions he took to “correct” my sisters and I, and even my mother.

I cannot remember the number of times that we became a victim of his mood swings and violent nature, most of which led to physical fights either with my mother, or a beating for me or one of my sisters.

Most of these fights were about my mother’s love for church meetings, most of which would see her come back home late in the evening. Sometimes they were about simpler things like why she had put too much oil put in food.

I remember one day, sometime in 2003, one of my classmates, perhaps envious of me, reported to my father how I had become an overnight celebrity in school, “splashing money to buy mandazis” for my classmates during tea breaks. He also added that I would occasionally loan out my bicycle to classmates after school. This wasn’t true, and I honestly don’t understand why one would make up a story like this.

And my father, being the disciplinarian, and the kind not to argue with, let alone listen to your side of the story, took the report he had been given as gospel truth, before whipping me ruthlessly in the presence of my sisters and mother. He caned me while I was half naked. All I remember about that experience is that all my fingers became sore and swollen from the cane and some were fractured.

At that time, my sisters and I interpreted his actions as part of love and the discipline he was instilling in us. Who would have blamed us anyway? We were just kids, growing up in a family being led by a disciplinarian father, and we were all victims of the violence.

But it is later in life I would end up paying for not speaking up against the many punishments, and violence. The result of this past traumas, is I ended up unable to defend myself, especially in the presence of authority or someone in leadership. Because I knew in the back of my mind, that speaking up for myself, speaking my truth, would lead to punishment.

Back to the relationship between my father and mother. Of all the memories I have of my parents, both of who are still alive, few can be described as peaceful ones.

I remember one day, I am not sure of the year or month. It was one of those days that our local church had organized an open-air meeting popular in the day. The open-air meetings were the typical church services taken to a public area, where the church would preach to the masses in a crusade format.

My mother’s dedication to church had been undeniable. And during such meetings, she would either be involved in preparing meals for visiting speakers, or going to different homes, with other church members to share the gospel. This particular day was no different, and during these meetings she would occasionally come home late. And so on this day, she came late, not knowing that my father was lying in wait for her. I have never been able to forget her cries and pleas for help.

There was another day my mother allowed my younger sister to go sell some overripe bananas that were going bad in our house. My sister, then in lower primary school and being the entrepreneurial one, took up the opportunity and went set a tent just behind out home.

This daring act, both by my mother and sister, would become their worst mistake, ever. My father, on returning from his visits in the city center and learning about the events, went straight to my mother. Again, her cries and pleas for mercy, did not yield much.

The irony in all these fights, is that they would extend to us as children, either verbally, or through the cane. We were supposed to stay calm, look at our mother as the one on the wrong, and our father as the disciplinarian who was only interested in the good of his family.

Matters got worse for me because my mother had always been my solace, whenever I felt insecure, unsure of something or in need of help. And so, watching what she went through at his hands and being expected to look on calmly affected me the most.

The irony of all these is that unlike most families in our neighbourhood, we never lacked in terms of provision. My father, despite his outbursts and violent nature, worked hard enough to provide for us as a family. To most folks, we were well taken care of. Not once had any of my sisters or me sent away from school for lack of fees, either in primary, secondary school or even college.

We grew up knowing that we were loved, but deep down, I longed for an opportunity to be heard, at least to be noticed, and given the freedom to express my thoughts and opinions freely.

I cannot count the number of times I was caned for speaking up against my father, or for behaving in a way that my father thought was “ungodly”, or even speaking in Sheng, which he loathed and viewed as a language spoken by young people who had no sense of direction.

I remember every time family friends and relatives visited our home, a greeting of sasa, ought to have been replied to with mzuri. We were never allowed to respond to such greetings as fiti or poa, unless you wanted to be scolded in the presence of visitors. He would berate you publicly in a way that would just tear apart your self-esteem.

But what were young minds like ours supposed to think, other than grow up confined, and robbed of the freedom to be ourselves, especially me. We never had the freedom to make mistakes as children; learn from them or be adventurous.

I have since grown up struggling with identity and the fight to be comfortable in my difference, to know that my opinion also matters. I must admit that to this day, I still struggle trying to please others and to fit in.

And to fill the void of a low esteem, I occasionally overindulged in alcohol, and heavy partying with the hope that I would retrace my lost self again and enjoy the freedom to be and unbound. The problem with this kind of behaviour is that it is always temporary and escapist.

Once the party was over, the reality always dawned on me, that I had a closet full of skeletons that was not going away. It was my sole responsibility to pave the path that I wanted my life to follow.

For the record, I am not saying my father was always wrong as the disciplinarian that he was, or that either my mother, my sisters or me were always on the right. My issue is the manner in which the infractions were treated. Many times, the price of “discipline” was too heavy for me to bear.

I have paid for some of these sins in ways that cost me relationships. In ways that ruined some of the friendships that would have blossomed had I been patient enough, and kind enough to empathise with others situations.

I am learning, albeit the hard way, that always agreeing with the popular vote, will never make people like or love you. That sometimes, it is those who live up or ascribe to their grounded convictions and beliefs that earn the respect of others.

I am learning that no matter how many relationships you try to create, you will not succeed until you deal with the demons that are holding you back. I still blame my father for socialising me in ways that broke me, for robbing me of the freedom to always be myself.

But then I also realise that I am a grown man now, and who has the responsibility to shape his life and identity.

I am finding my words and learning to speak up.

My relationship with my father is still not a very strong one. We occasionally fight over issues, mostly ideological, but it is getting better, albeit slowly. Maybe it will be good one day, maybe not.

I still struggle trying to find love. I struggle to find the sort of companionship that I hope will fill the void of warmth and affection that I never received as a child.

But for now, and most of all, I am still in search of the man that I was meant to be. I have not found him yet. But I hope one day I will. And when I do, I am never let him go.