We Need New Words: A Reflection on the “War on Terror” 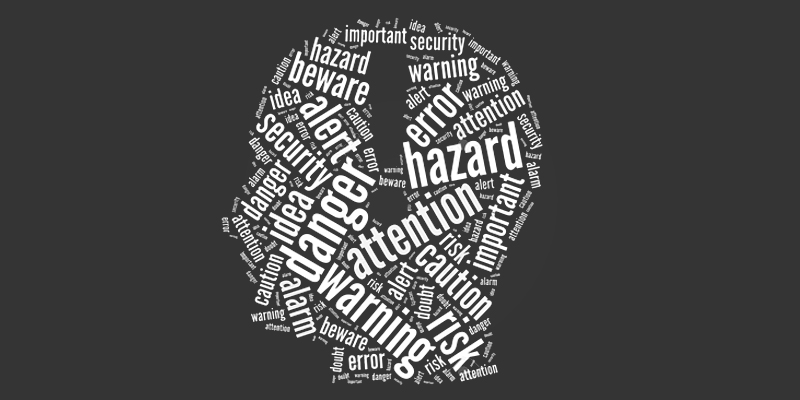 Friday, 10am: Parents, students and teachers are all seated in the school hall, and prize-giving day is about to begin. I had obtained the highest grade in GHC (Geography, History and Civics) and I was to receive a prize. I was elated, because it was the last day of the school term. At home, good grades were a pass to indulge in activities forbidden during the school term.

At 10.34am: The headmistress walks to the podium to give her opening remarks when we hear a blast in the distance. Moments later, the crowd starts murmuring, and the few pagers in the room start beeping. Parents anxiously take custody of their children and a state of anxiety descends on the gathering. Vehicles begin to speed off and the prize-giving day comes to an abrupt end.

A terrorist attack targeting the US Embassy in downtown Nairobi has just happened. The neighbouring building, Ufundi Co-operative House was reduced to debris. 213 people die and more than 5,000 get injured. At the age of nine in Standard Four, I felt the fear and anxiety.

Before August 7th 1998, Kenya had never witnessed a terror attack of such magnitude. The Al Qaeda terror group led by Osama bin Laden took responsibility for the attack professing it was retaliation for US presence in Saudi Arabia in the aftermath of Iraq’s invasion of Kuwait. The national psyche was bruised. President, Daniel Arap Moi regretted that peaceful Kenya had suffered the tragedy of a geopolitical dispute.

My holidays were never the same again. At home, strict curfews were introduced; my mother would call every other day to check on the whereabouts of my siblings and I. My parents introduced holiday tuition as a means, I suspect, of surveillance to protect and curate our movements. “The fear of the public space” had been cemented in my parents’ minds. From then on, I heard my parents add a new phrase in their lingua: “Terrorism” which after the September 9/11 attacks in the United States morphed into the “The War on Terror”. It sounded like they pronounced it in capital letters to imitate the manner the subject of terrorism was broadcast in the news.

Over a decade later, in 2009, my brother and I were walking home from an eatery at the Oil Libya petrol station along Mombasa road on a Thursday at 9:17 pm. We lived in South C, a middle-class suburb in Nairobi that had in the last decade bourgeoned into a cosmopolitan neighbourhood with the influx of nationals from Sudan, Ethiopia and Somalia. South C transformed into a place of refuge for nationals fleeing conflict in their home countries.

On this fateful day, a police patrol unit accosted, threatened us with arrest and threw us into a police vehicle on the suspicion as terror suspects.

“Mnaranda randa usiku, kwani nyinyi ni Al Shabaab?” barked a policeman. (Why are you loitering about, are you Al Shabaab?)

“Unadhani mimi ni mjinga? Wale wa kutoka kwa duka ndiyo hutembea na bomb. Ingia hapa nyuma haraka sana.” (Do you think I’m a fool? In fact those who are ‘just from the shops’ are the ones who walk around with bombs. Get into the back of the vehicle!)

In the patrol vehicle, I noticed that my brother and I were the only suspects who did not bear the physical resemblance of Somali people. The state-led counter-terrorism operations had led to the profiling of Kenyans Muslims, particularly from the Somali community. Members of the community were subjected to police harassment, arrests and human rights violations while publicly scorned as associates of Al Shabaab terrorists.

In the patrol vehicle, one of the police officers remarks that were effectively Al Shabaab terrorists under arrest and our freedom rested on our ability to ‘speak’. This was a new experience for my brother and I. Our fellow “felons” seemed to get the drift and reached into their pockets. Each one parted with a bribe as they alighted from the vehicle and we followed suit. There was little choice to make. The “War on Terror” had robbed us of our moral agency.

I met Leila through a mutual friend. We struck a rapport immediately, and shared many intellectual interests. We would often meet up after class, and walk down from the University of Nairobi, talking as we meandered through the maze of Nairobi’s central business district. She was tall, beautiful. Muslim and Somali. Despite coming from different worlds, religiously, culturally socially and politically, our friendship grew. We created our own little universe where we could share our feelings, ideas, grief, hopes and dreams.

My mother was impressed when she met Leila. By her poise, respect for elders (important for my mother), her confidence and emotional intelligence. In spite of all these good attributes, my mother harboured some cultural prejudices towards Leila. A few days later, she sat me down and told me: “You are now in fourth year and about to finish university and start life. As your mother, I want you to get a good Christian wife and succeed in life.”

I didn’t have a response. It was one of those things that parents ostensibly say with love but cut you deeply. We never talked about the incident again but I was affected by her words even as I tried to understand my mother’s prejudice. I finished campus a few months later and my friendship with Leila drifted apart. We soon lost touch.

After the 1998 terror attack, the bombings in New York during 911 and the emergence of Al Shabaab, it seemed that my mother, like many, needed an image to embody the angst, fear and anger that “terror” had brought into her life. Perhaps the need to put a face to the enemy influenced her prejudice and denied Leila her individual autonomy and humanity.

I partly understood it. This was her way of defending herself, a coping mechanism. The “War on Terror” had erased her ability to recognise the humanity of Leila and her story. It simplified her view to labels: brown, Somali, Muslim and danger.

4:20 pm: I send out a generic message, “I’m safe,” to my WhatsApp groups to calm my friends and family.

On the afternoon of Tuesday, 15 January 2019, armed gunmen stormed into 14 Riverside, an office complex in Westlands, Nairobi that hosts offices of various organisations, a restaurant and a hotel, DusitD2. The attack began at 2:30pm and was concluded a few minutes before 10:00am the following day. Initial reports were of gunfire and two explosions at the hotel. The attackers, estimated to number between four and six arrived in two vehicles. One of the attackers went in discreetly and blew himself up next to the Secret Garden restaurant. After the blast, the remaining terrorists fired on the guards at the gates of 14 Riverside Drive and lobbed grenades setting some vehicles parked in the parking bay ablaze. The attack left more than 20 people dead.

On my way home, I scribble on my notebook the words. DUSIT ATTACK AND WHAT IT MEANS FOR THE WAR ON TERROR! This is an opening line to an editorial brief I think of writing so that I can commission a few think pieces to shed light on this issue. I would spend the next couple of days thinking about this, until it dawned on me that I had only viewed the Dusit attack as a function of my job: A story to be written, an analysis to be done and a conversation to be had. Not what it really was: pain, death, trauma and dysfunction.

As far as terror goes, I had been alienated from my humanity and myself.

Political vernaculars, writes Keguro Macharia, “are the words and phrases that assemble something experienced as the political and gather different groups around something marked as the political. They create attachments to the political, and they also distance us from something known as the political. They create possibilities for different ways of coming together—from short-lived experiments to long-term institution building—and they also impede how we form ourselves as we from formations, across the past, the present, the future, and all the in-between times marked by slow violence and prolonged dying. Vernaculars are ways of claiming and shaping space.”

Keguro goes on to say that vernaculars are a discipline producing habits, dispositions, behaviour, feeling and thinking. Most of Kenya’s official political vernaculars—corruption, impunity, national security, for instance—are disciplinary. They name real issues, but they also manage how those issues are handled. They shape the possibilities for what is thinkable. They flatten thinking into habits, repetitions, and negations…they create frames on how we see each other, the world and what possibilities we can conceive.

The “War on Terror” is one of Kenya’s political vernaculars. It is the go-to word to arouse fear, anger, racism and religious hatred; to justify bombing, invasion and illegal detentions; to call for major new investments in military capabilities; to justify dependency on the western nations and to muzzle and curtail freedoms.

The implications for African governments governed by despots, warlords or even democrats is an incentive for tyrannical rule. The War on Terror serves the interests of retaining political power and justifies terrorizing of disenfranchised citizens. To the citizens, the word represents disruption, a normalising of an absurd reality, a privation of humanity, a shape-shifting enemy that yearns for innocent lives and souls; the menacing colonial state with new fangs.

We are in need of another lexicon to explain us to ourselves, to frame our sensibilities, our histories and our humanity, in the mists of absurd political vernaculars. We need words that can help us imagine what kind of world we want to build together.

We need new words untethered to the state that can help us imagine how we want to live with each other. Now, more than ever we need the strength to love and dream.