Unseen and Unremarkable: The Invisibility of Women’s Labour 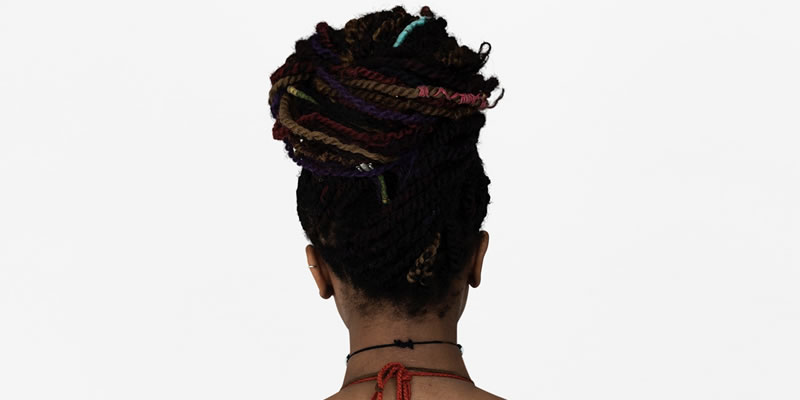 Lwanda Magere is a famed folk tale that many Kenyan children know. He was the man of stone, a great warrior of the Luo, whose skin could not be pierced, and who could not be defeated even by the fiercest enemy. The Nandi people, who neighboured the Luo and fought with them over territory, pasture, livestock and water, were tired of being defeated by the Luo. So they sent the most beautiful girl in their village over to the Luo to extract information. Her only task was to find out how to pierce the skin of the man of stone. Against the advice of his first wife and the community elders, Lwanda married this beautiful Nandi girl as a second wife. One day, when his first wife was away, he fell ill and the Nandi girl had to take care of him. After much soothing and coaxing, she found out that his shadow was the vulnerable spot, and sent word back to her people. In the next great battle between the Nandi and the Luo, Lwanda was sure to win the battle for his people, but one man remembered the story of the shadow. He threw a spear into the shadow and blood started to spurt out of the ground. Lwanda was killed, and the Luo were overcome.

In Lwanda Magere’s story, we don’t know the name of the Nandi girl.

It doesn’t matter how great you are.

You could be Fatima al-Fihri, an Arab Muslim woman, founder of the oldest existing university in the world. Or Emmy Noether (officially Amalie Emmy), the mathematician behind Noether’s Theorem, and whose work was so consequential that Einstein himself wrote an obituary for her. You could be a distinguished scientist or a renowned artist, you can map the ocean, uncover the secrets of the stars or the secret behind life itself, but, if you are a woman, you have to fight to be remembered.

It happens even in daily interactions. It happens every time a man repeats exactly what a woman said in a meeting, to great applause. Every time a man echoes sentiments and language women have been articulating for years, he is celebrated for being “so progressive”, “so woke”.

When we – my fellow writers Laura Ekumbo and Aleya Kassam and I – wrote our theatrical production ‘Too Early For Birds – The Brazen Edition’, we wanted to name the women. Our task from the beginning of the writing processes was to ‘uninvisible invisible women’. Kenyan playwright and author Micere Mugo once asked, ‘Where are those songs/ my mother and yours / always sang / fitting rhythms to the whole vast span of life?’ Virginia Woolf said, “Anon, who wrote so many poems without signing them, was often a woman.” The anonymous is often a woman and, now, we refuse to be anonymised. Women have been calling out to each other, remembering that in the silence there is a forgotten woman’s song, that in ‘Anon’ there is a forgotten woman’s name, that in the invisible there is a woman made invisible. Remembering women, is in many ways remembering yourself.

In the famed fable of Lwanda Magere, what struck us was the existence of a girl, in one of our country’s most famous folktales, who was reduced to nothing but a plot point. This girl went into enemy territory as a spy, leaving her life and home behind. This girl won the war for the Nandi. This girl betrayed the Luo. This girl was as dangerous and powerful as Delilah. This girl was a badass.

No one knows her name. In our research, we did not find her name recorded by either community. At least we could not find any proof of her name, not in the way Lwanda is Lwanda, or Mumbi is Mumbi. The name we could find, “Nyalang’o” literally means ‘Nandi girl’ in Dholuo. As far as we could tell, she was just the most beautiful girl in the village.

The truth of a story is always determined by the teller. We knew we wanted to speak to her, with her, bring her perspective to light. Of course, you can tell the story from the perspective of the men (Lwanda, the elders from both communities, the warrior who threw the spear) but we were writing about women.

We could have told the story of his first wife. In her, we saw an intelligent, loyal woman who saw a spy come into her home, and did everything she could to protect not just her husband, but her community. She made sure that this strange woman was never alone with her husband, especially when he was ill. By some twist of fate, she had to travel and while she was away, her husband fell sick and let his secret out. The first wife returns home to find the truth is out and dreads someone would destroy him one day.

The truth and fact is I didn’t know much about the women we wrote about before we did. Yes I had heard of a few – Chelagat Mutai, Mekatilili wa Menza, Wangu wa Makeri – but vaguely, imprecisely. I didn’t know about Field Marshall Muthoni wa Kirima or Zarina Patel at all, and they are both alive and well. The latter two are not just in the annals of history: they are here, and I didn’t know about them.

The Nandi Girl captured exactly why we didn’t know about them. It doesn’t matter how pivotal you are, if the stories are about men and their battles, as a woman, you will be relegated to a footnote. Her name was lost and instead she became an archetype: A Delilah figure. A seductive woman who takes down a man using her feminine wiles. And not even that, she just got the information and disappeared, seemingly never to be heard from again.

But make no mistake: this erasure is deliberate.

Erasure confines the work women do into a box which has nothing more than ‘women’s work’. Women freedom fighters become unthinkable in a country where parliamentary debates to meet the constitutionally required two-thirds gender rule are presented as a periodic annoyance, rather than a necessity.

Erasure makes us forget the Kenyan women who explicitly used their nakedness to shame the government into releasing their sons held as political prisoners in 1992. It makes us oblivious of Field Marshall Muthoni, a woman ranking equal to our most famous freedom fighter, Dedan Kimathi, a woman revered by him not just as a fighter but as a strategist and thinker. It erases that Field Marshall Muthoni fought her whole life, starting by supplying food and information to fighters in the forest as a young girl, and when she went to the forest herself, she rose up the ranks and was known as “The Weaver Bird” for her ability to navigate the forest. It erases that she continues to be in resistance, refusing to cut her hair until we find true freedom as a nation. It erases the fact that we have not found true freedom.

Erasure reduces women to ‘political flower girls’ – the media actually uses this phrase – and we cannot fathom women as a fundamental part of revolutions. Mekatilili wa Menza is often depicted as young girl because we erase the fact that she was in her 70’s when she led the Giriama uprising. Erasure knows that a feisty young girl fighting a common enemy is tolerable – one can always blame the folly of youth – an enraged, mature woman pushing back against an unjust system is not.

We forget Chelagat Mutai was part of a core group of parliamentarians that stood up to the government during one-party rule, when most of the other men in the House were very silent. We forget that Zarina Patel continues to fight for our freedoms, our right to public spaces and did so against not just the government, but her own family. We don’t even know, or want to know, that sex workers were among the first African property owners in colonial Nairobi. We erase how women, these women, were revolutionary in spirit because they stepped outside of the bounds restraining them. It does not do to have women who use their rage, name their abusers, name the problem, name themselves.

It does not do to have examples of women of power, because then maybe every woman will feel like she has power too.

If they must be named, if there is no way to erase them entirely, Erasure sanitises them. It makes them fit the mould of the patriarchy, and reconfigures them into a good and comfortable woman who fought just hard enough, but not too hard. Wangari Mathaai is today remembered as the woman of peace and trees, not the divorcee who was described as a ‘mad woman’ with ‘insects in her head’; who was under constant threat, whose kindness was iron-hearted. From Winnie Madikizela-Mandela to Rosa Parks, women’s work is reduced to a form that can be footnoted in men’s; the great man’s wife, the woman who just sat down.

This, by the way, only happens if you are ‘important’ enough to be reduced. Erasure is built into our every day reality.

One of the most insidious ways women are kept out of the history books is because so much of the work women do, or relegated to do, is considered ‘insignificant’ or ‘inevitable’. Of course the most beautiful girl in the village became the seductress. What’s special about that?

This bracketing of ‘women’s’ roles minimises the labour women do. The labour you do turns out to be your responsibility as a mother, sister, wife. Women’s labour does not make it into the record. The emotional labour you put in caring for others, the domestic labour that keeps men running the world, the innovations of womanhood like weaving, cooking, sewing, are all unremarkable because they were supposed to happen.

In 2013, during the terror attack on Westgate mall, I remember the then-unnamed woman who made tea, and served the police, soldiers and volunteers who were working to end the siege. I saw her do what every Kenyan mother is expected to do as if born doing it; make pots of tea. She was praised, rightfully, for going out of her way to support the men and women working to end the terrorist attack.

Yet, when I saw that image in the newspapers and on television I was filled with rage and sadness. I couldn’t stop seeing how early she must have gotten up in the morning, how long it had taken to brew that much tea, how much money it had cost, how much help she would need. I was filled with rage at a country where we know that tea, sustenance for people fighting in that situation, wasn’t guaranteed. I was angry that in such a moment, we couldn’t be sure that everyone was being well fed and taken care of. I was sad that only a woman, Grace Wambui Odongo, who must do such labour everyday, would even think to do this basic act of care. I was sad at how many women labour, make lots and lots of tea, because they do not have time for mourning.

Women need to be remembered, not just for big, but for the small. For the cups of tea.