One Nation Under Watch, But We Are Not Any Safer 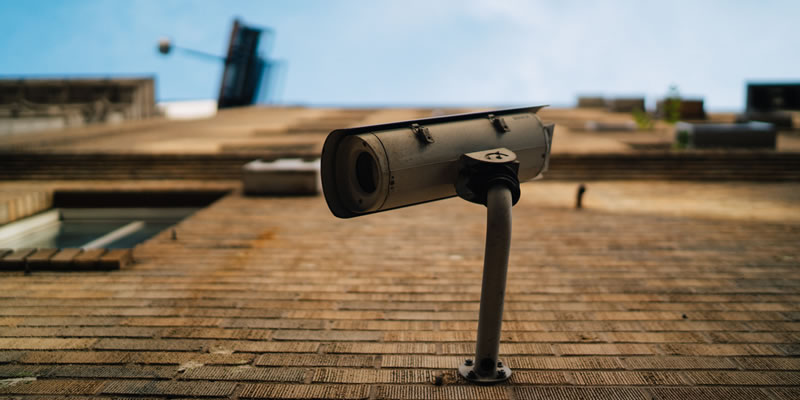 A few weeks ago I went out of town on a weekend road trip with some friends that we’ve done for years, to shoot the breeze, unpack, and just shake off the drudgery of the city.

This last trip took us to a resort in the Rift Valley, and after breakfast, a last-minute swimming plan meant that we had to leave a few cars with low ground clearance behind, seeing as we were heading out into the rugged road terrain of the wilderness.

A few of the folks I was travelling with are licensed arms holders with their cars fitted with arm compartments. We drove the cars into a particular shopping complex en route to the swimming area. Not only did the guards not bother to search the cars, we ended up leaving behind the cars at the mall parking for the better part of the day and came to fetch them later in the evening.

This, just three weeks after the Dusit attacks, speaks into the precariousness of a country faced with an existential security crisis whose scope and problems are hard to understand, thanks to our security apparatus’s fuzzy competency, poor security infrastructure, corruption, and age-old negligence.

I raised the issue of the lapse in security with a security official who happened to be part of the weekend trip and he wasn’t amused. He complained that a particular security brief I had shared with the group was ill-advised and that wasn’t meant for public consumption. According to him, it had been shared with a foreign diplomat who had in their own manoeuvring decided to release it to parties who aren’t certified consumers of the brief, who in turn released it to the public sphere.

This official had most likely taken a leaf from police spokesman Charles Owino who, when interviewed by TV host Jeff Koinange about our security situation, Owino realistically admitted that our level of preparedness stood at 7 out of 10. Owino emphatically sympathized with the Kenyan situation going as far as admitting that they (the police) foil many attacks that Kenyans never even get to hear about.

During the interview, Owino was empathic that Kenyans have to give up a bit of their comforts if that would guarantee their security, a realism that would have been good were it not susceptible to exploitation by surveillance capitalism. That’s the challenge of the current security theatre; that the security apparatus has to be right 100% of the time while terrorists need to be right only once.

Since 2011, Kenya has faced 321 terror attacks; the equivalent of a new attack every 9 days, a fact that is linked to our military incursion into Somalia. In turn, this has been a period that has also seen walls go up, razors crown perimeter fences, and concrete barriers mounted on roads that were once free-flowing.

We almost take it for granted that our data is collected at all major gates and building entrances, and those who look Cushitic randomly stopped and frisked especially in Nairobi streets.

Kenyans of means have responded in kind, given that in recent years gun ownership among wealthy, mostly urban private citizens has climbed to an estimated 7,000. In addition, more than 700,000 guns are in the hands of private citizens in the isolated north-eastern corridor. I wish I’d say that all these adjustments have made it safer for us but I have a sneaky feeling that much as we’ve evolved in our response to terror we still remain quite exposed.

Recently while having coffee at Java Ridgeways, the gentleman seated next to me seemed to try a little too hard to hide the bulge on the right side of his belt; a bulge that I doubt the guards had noticed. Honestly, it’s hard to estimate how much of the bulging waists, barbed wires, ‘data books’ at entrances to buildings, sniffer dogs and concrete barriers have enhanced our safety.

No one has bothered to assure us of data safety, and the problem is there to show. For example, when I visited Narok last year — a place I’d never been to before and never since — a few days later started receiving promotional text messages from a local Narok supermarket I’d never heard of. We leave our private details everywhere around this city on a daily basis; a meaningless exercise that is supposed to, at least in theory, guarantee our safety.

This though doesn’t always mean an easy pass. Depending on context, class, gender, age, and race, bodies are policed differently, such as once when I happened to pass next to where a former president was seated. His security frisked me, padding up and down and trying to keep the menacing ordeal as long as possible. Meanwhile, a lady carrying a large handbag strolled past us walking barely 10 feet away from the then president. She might as well have been carrying an entire armoury, but young, male and black is a catch-all for potential threats, so my mere presence was deemed a greater potential security threat than hers.

One thing is increasingly obvious though. There has arisen a new security architecture mostly in the city that commodifies our fears, and develops surveillance products to monetise it. They promote an ever-expanding range of options for intrusive security measures pegged on lucrative public tenders.

The mixture of surveillance capitalism mixed with the reality of violent extremism has spelt a boon for shadowy securo-preneurs, and official corruption at security agencies. But there is no measurable change as to how my safety is improved every time I leave my house.

After the deadly January attacks at the Dusit Complex, I figured I might as well do a bit of reading on the terror group, with Haroun Marouf’s book Inside Al-Shabaab: The Secret History of Al-Qaeda’s Most Powerful Ally making for a primer on the topic. However, with a price tag of KSh 3,000, that’s way pricier than what most Kenyans can splurge on a single book. Available literature on the terror group Al Shabaab, is still sketchy and disjointed, and for the most part, my reading is skewed towards tracts, news sites, Wikipedia and whatever else I can get at a lower cost.

The thing is, very few of us Kenyans know anything about the terror group beside it being a network mostly domiciled in Somalia and whose tentacles now stretch as far as Kakamega and Kampala. But perhaps to our satisfaction with simplistic answers and relatively frequent interaction with low-grade terrors of our own making ranging from rampant joblessness, vigilante justice, and broken down judicial system, we don’t encounter as much shock at the ugliness of the heightened terror attacks. We forget so quickly. Despite rising walls, regular frisking at gates, and incessant demands for our data at rickety security desks, we haven’t truly had a national moment to process what terror has come to mean to us individually and collectively.

The security theatre as currently structured isn’t built to guarantee our safety. It preys on scared city folks who are not its clientele, its partners, allies, or staff. Just like most other public procedures, it’s driven by securo-crats who prey on a public that’s largely ignorant or helpless towards its mechanisms and excesses.

Curiously as I drive through the city streets on any given day it’s clear to me that the securitisation of the city is more of a response to threats of local burglary, social menace and absence of proper police systems than it is about terrorism. Let’s face it, I have higher chances of getting mugged than being blown up, a fact that I’m well aware may spell out differently for people who look Cushitic or adjacent.

The local jobless rates, messy politics, poverty and mediocrity together have done more to aid the securitisation of this city, than the penetration of terror networks into small towns and the rise of local terror networks with links to Al Shabaab across the border.

The space I exist in right now means that once I step out of my house I’ve to contend with the notions and responses to terror as conceived by many agencies, including schools, clubs, gated estates, hospitals, supermarkets, malls, and even fellow private citizens.

Each of these entities is forced to institute measures subject to their culpability and capacity, effectively changing the nature of our city, its norms, our movement and sense of belonging. By the current trends, we might just end up like London where your average citizen is captured by at least 30 cameras on any given day, in a city where there exists one surveillance system for every 11 people.

The famous social critic Naomi Klein’s bestseller The Shock Doctrine documents the rise of disaster capitalism that allows for devious regimes and well-connected non-state actors to use the aftermath of tragedy such as the Dusit Complex attack to push forward with unpopular policies. In Kenya’s security theatre, disaster capitalism through the shocks of terrorism, and bloody images splattered on front-pages incessantly lays groundwork for surveillance capitalism under the guise of enhancing our security; in the end, we’ve become one nation under watch.