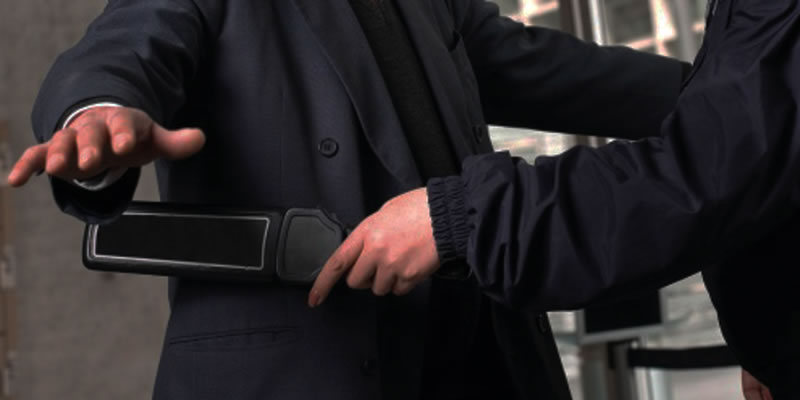 The other day, a friend of mine told me about something he witnessed in a matatu. Two post-secondary school students boarded the matatu and sat down. As they waited for it to fill up, all the other passengers uneasily stood up and walked out one by one. The reason? The other passengers felt “under threat by possible terrorists.”

The same students had moved into a hostel that week and some residents of the area had called the local OCPD to alert him of the presence of some strange and suspicious people. The OCPD deployed a police unit near the hostel immediately. Traumatised, the students eventually opted to move to a neighbourhood that had more residents of a similar ethnic origin to theirs. They would feel more comfortable there. What was their crime? They were of Cushitic origin and people from other communities had branded them as “suspect terrorists”.

Kenya has experienced several terror incidents over the last five years. There have been major attacks at Westgate Shopping Mall, Mpeketoni Town, Garissa University College and Dusit Hotel, which have left numerous fatalities and many others injured. Other attacks have also occurred at a Nairobi’s police station, in Mandera Town, and parts of Lamu County. The attacks have heightened the sense of insecurity in urban areas, the coast and the north-eastern part of Kenya. In addition, the country is also grappling with internal security concerns. We occasionally read or hear in the news of armed robberies, roadside muggings and spiked drinks in pubs leading to robberies.

Many have put the blame on the porous borders with neighbouring countries. It is understood that these enable the easy movement of arms into the country. Added to this is the high level of corruption within the immigration system and some security organs. Youth unemployment and hopelessness have also enabled easy radicalisation.

As a resident of Nairobi for over 36 years, I have witnessed a gradual shift from a very open society to one that now habitually interacts with suspicion and a deep sense of insecurity. In the 1980s and 90s it was the norm in many residential areas to have cypress or bougainvillea fences. School gates remained open throughout the day and shopping areas had entrances wide open. Serious robberies were the preserve of famous armed bank robbers though occasional muggings were reported. The newspapers even had a “Lost and Found” column.

Things began to change in the 1990s, perhaps due to the impact of the austerity measures of the structural adjustment programmes (SAPs). Growing cases of burglaries forced us to start installing burglar proofing to fortify our doors and windows. Many of us went ahead to replace natural fences with walls. Around the same time the country experienced political riots, often accompanied by looting. These forced shop owners to start completely sealing off their displays during non-working hours. Window shopping in the Central Business District became a thing of the past. The streets increasingly came to host large numbers of street children who would threaten to smear you with human excrement if you didn’t give them a few coins.

At the start of the new century, the government made an effort to improve the situation by re-installing street lighting. One of the individuals in the private sector who was instrumental in this initiative was the current women’s legislative representative for Nairobi, Esther Passaris. Through her company’s “Adopt a Light” campaign, Ms Passaris promoted the commercial value of street lights through advertising. Informal areas, parks and public spaces also received the benefit of high mast lighting. The city felt safer.

But the past few years have witnessed a change in major security threats. Although petty theft and armed robberies remain a concern, the threat of global terror has taken the limelight. Kenya had experienced prior terror attacks, notably, the August 7th 1998 US embassy attack and the Norfolk Hotel attack in 1980. As serious as they were, however, such attacks were infrequent and not viewed as a common trend. Terror attacks have been on the rise since 2008, and particularly since 2011 when the Kenyan military crossed over into Somalia to fight Al Shabaab militants.

The effect of this new trend in urban areas is visible in shopping malls, churches, buildings and public transport. Twenty years ago it was unheard of that one would be stopped and searched as one entered buildings; today it is the norm. Entry and exit points are highly controlled in these buildings. One is at times left to wonder how occupants would escape in case of a genuine emergency. Government buildings have also sealed off pedestrian pavements in the city centre under the pretext of “security”. Standing and waiting somewhere or appearing to be idle has become a crime.

The security infrastructure is formidable. CCTV cameras are now common in many buildings, as are properties guarded by electric fences. Guards sitting in control rooms, with access to alarm response units and several barriers for vehicle access to parking lots and basements have become a feature of most buildings in the city.

Unfortunately, many security features/responses are on a high alert only immediately after a terror threat or attack. After a few weeks, laxity sets in. I have worked in buildings where nobody is in the security room over lunch hour. Security guards are also less rigorous with individuals they are used to seeing, and turn the searches into mere formalities. I find it humorous that the guards at some buildings never search my pockets when I have a bag. On the other hand, they are very quick to find out what is in the bag. They mostly find either a rugby kit or a book and packed lunch.

For bloggers and photo enthusiasts, photography is generally not permitted in most public places. While carrying out some transport and urban planning research recently with some colleagues from the United Kingdom, we were stopped by security officers and had to explain why we were taking pictures. To the visitors it appeared strange that one can be questioned for photography of infrastructure. But in any case, I was recently able to reconstruct the entire site in 3D using images from Google Maps!

Two years ago, one of Kenya’s top photographers and bloggers who runs the blog nairobinoir.com was arrested on suspicion of terrorism while taking photographs near a shopping mall. He was eventually released after a campaign by activists and bloggers who used social media and other channels, but the ordeal left him traumatised and had a negative effect on his business. It is regrettable that it has become the norm for many citizens to be treated as suspects on flimsy grounds.

I also remember a few years ago when a parent of Asian origin at a local school dropped his son off and decided to take pictures of some birds. Another parent who was dropping off her child saw him. Alarmed, she took a photograph of him and shared it on social media, warning people of a “possible imposter”. The image trended for the better part of the day. When it got to the man’s attention, he had to take to social media and explain who he was and what he was doing.

As a person of mixed racial heritage, I have become accustomed to being forced to identify myself to the police in various parts of the city. The reason they give is normally that “you don’t look like a Kenyan” (as if there is a textbook definition of how a Kenyan should look). It happens so frequently that these days I even make a joke of it when I am stopped. When this happened recently in December 2018, I joked to the young policeman that I could predict the order of the questions he would ask. He looked at me in surprise.

Not too long ago I asked a group of biracial friends to share their experiences with the security organs. There were several amusing responses. It was clear that all had experienced some “confrontation” with the police. A common theme was that they were used to it and did not hold any hard feelings. This included taking the cops in circles by answering questions in their African mother tongues! One who happens to be a linguist once chose to respond to a policeman in deep Dholuo. He left the officer baffled, as he could not follow half of the conversation. Many say they simply opt to identify themselves and move on with their lives.

The two students’ experience in the matatu, however, is one of those occasions where citizens are treated as suspects because of mere assumptions related to their external appearance and ethnic origin. Such people are searched more thoroughly at buildings like shopping malls and are treated with suspicion when walking in groups. The arbitrary arrests and detention of several people of Somali origin in 2014 left many of them scarred. It is believed to have widened the divide between Cushites and people from other language groups in the country. As detailed by Owaahh in From ‘Shifta’ War to Al Shabaab: Why Kenya is her own worst enemy, it is clear that there has always been some sense of friction between the inhabitants of Northern Kenya and the rest of the country since independence.

But we are all caught up in this security dragnet one way or another – some more than others – and I wonder what it does to our sense of who belongs here, what a city is for, and how one can feel at home in a place like this.