Joy to the World, the Pain of Christmas 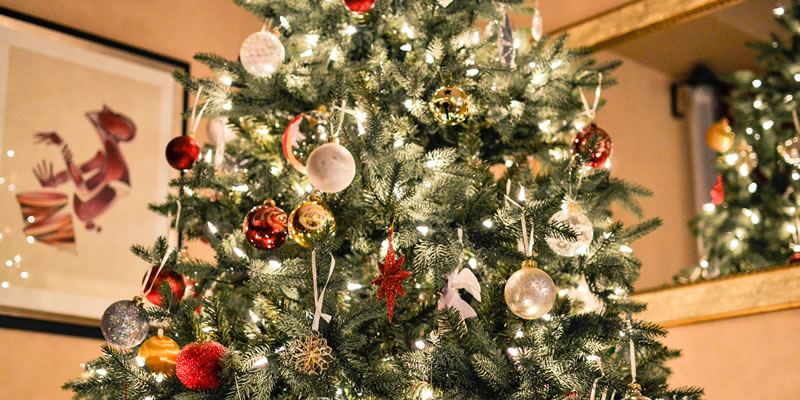 So on Christmas morning (the only day we were excused from house chores) we would wake up to the aroma of chapatti and chicken. I would always try to be the last one to wear my outfit, ensuring that I would get the final “wow!” and then we would head over to Sunday school.

For to us a child is born,
to us a son is given,
and the government will be on his shoulders.

And he will be called
Wonderful Counselor, Mighty God,
Everlasting Father, Prince of Peace.

At the age of nine, the statement that stood out for me was, “And the government will be on his shoulders.” I loved the idea of baby Jesus carrying a government on his shoulders like big bales of unga albeit more gracefully, and maybe painlessly, him being Jesus and all!   The Christmas season and narrative as has been passed down to us is about new clothes and shoes and holidays to exclusive destinations for those that can afford it. Christmas, to many of us, is joyous and painless.

But in our celebration, many of us tend to gloss over the implication of Christ’s birth to the politics of his day. We dislocate Christ from his social, historical and political location, and thus lose the present socio-political tensions that we must grapple with as we celebrate his birth.

The Pain of Christmas – Death

When Herod realized that the Magi had outwitted him, he was furious, and he gave orders to kill all the boys in Bethlehem and its vicinity who were two years old and under, in accordance with the time he had learned from the Magi. Then what was said through the prophet Jeremiah was fulfilled:

“A voice is heard in Ramah,
weeping and great mourning,

Rachel weeping for her children
and refusing to be comforted,
because they are no more.”

Right there, in the story of the birth of the Messiah, is the murder of toddlers. Herod is threatened that a newborn infant will one day overthrow his kingdom, and so innocent children are killed. This is protection of political power at its ugliest. The knowledge that the Messiah was born was not good news to King Herod. This Messiah was still an enigma, how would he deliver Israel? Would he put the kings, like Herod, out of jobs? Would he demand freedom from the Roman Empire that King Herod benefitted from? In response to his own questions, Herod did what power and empire does best, he protected his interests by executing that which stood in his way. The birth of the Messiah, for the parents of the executed children brought death, emptiness, grief and lament. Young innocent children that died at the hands of authorities that were meant to protect them. It was not good news.

This year, through conversations with justice activists, pastors and victims of extrajudicial violence in Nairobi’s informal settlements, I have come to understand the extent of the deaths of young boys at the hands of authorities that are meant to protect them. This Christmas will bring pain, emptiness and lament for many families in our city. It is the kind that comes from losing sons unjustly. In Mathare, executions of young, poor, and male crime suspects by police has led to at least one young man being killed per week between January 2013 and December 2016, “…over the past three years at least 156 poor young men in this settlement have been killed by a bullet.”

Looking through statistics provided by organizations like Mathare Social Justice Center, and from the stories of lived realities on the ground, I can confidently say that if Jesus had been in our informal settlements, he probably would have been killed before he reached the age of 20. Any Christmas narration in our Kenyan context that is devoid of this truth will be one that is not wholly representative of the plight of the youth in this country. As one of the mothers of those that have been killed told me, “They kill our youth who are suspected of being thieves yet the leaders who have stolen money from the government that is meant to be for the youth are free. Is this justice?”

To what benefit was the death of the infants to Herod? To what benefit is the death of the young men to our government? Why are they so quick to ‘kill on sight’ than to have those suspected of crimes follow due process? Is our government so afraid of young men that they have to order their indiscriminate deaths? This Christmas, there will be empty beds, sofas and chairs in homes that should be occupied. This Christmas, Rachel weeps for her Kenyan children, refusing to be comforted because her children are no more, and the world’s ears are deaf to her pain. The light of Christmas should illuminate this pain, the songs that we sing this Christmas should make us see the empty plates, empty stools, empty beds and empty seats in these homes and it should make us wail, protest and refuse these deaths.

The Pain of Christmas- Displacement

According to the Christmas story, Mary and Joseph and the infant Jesus are forced to flee to Egypt for their safety during Herod’s killing spree. Baby Jesus did not grow up in a safe manger surrounded by soft lights and an obedient sheep for a pet. Baby Jesus was an asylum seeker. Baby Jesus was a refugee.

This year, with the so-called ‘migrant caravan’ from Honduras to America, this movement sounds familiar. The United States and Honduras have had a long relationship that dates as far back as 1914. As I look into the faces of the young children on the backs of their parents, I see Jesus, and I see him hungry, thirsty, naked and a stranger in the land. Yet the US administration’s reaction to those seeking help is chasing away those whom Christ specifically called us to pay preferential attention to (Matthew 25:35-40).

Those on the caravan are people on a search for refuge and better living conditions precisely because of instability that was caused by a century of injustice and imperial occupation and trade by the US. “U.S. military presence in Honduras and the roots of Honduran migration to the United States are closely linked. It began in the late 1890s, when U.S.-based banana companies first became active there. As historian Walter LaFeber writes in “Inevitable Revolutions: The United States in Central America,” American companies “built railroads, established their own banking systems, and bribed government officials at a dizzying pace.” As a result, the Caribbean coast “became a foreign-controlled enclave that systematically swung the whole of Honduras into a one-crop economy whose wealth was carried off to New Orleans, New York, and later Boston.”

By 1914, U.S. banana interests owned almost one million acres of Honduras’ best land. These holdings grew through the 1920s to such an extent that, as LaFeber asserts, Honduran peasants “had no hope of access to their nation’s good soil.” Central America is still reeling from the fall-out of this imperial occupation, supported by Washington’s longstanding willingness to overlook official corruption in Honduras as long as the country’s ruling elites serve what are defined as U.S. economic and geopolitical interests.

For America to overlook the cause and effect of their action in this crisis and to present themselves as the victims of illegal immigration is quite rich. For American Christians to be oblivious to the historical injustices that have brought Hondurans to their doorstep is to participate in the oppression of those whom their faith calls to free.

Let there be light

Kenya claims to be a Christian nation, but so many of us are comfortable with injustice as long as it does not personally touch us. We fail to see how our complacency makes us complicit in oppressive systems and entrenching inequality. We have to do better. We have to be present in those spaces where there is suffering, and at the very least, witness the pain and tell the oppressed that their lives matter.

Let there be light, let there be relief. Let us be the ones to comfort and carry the burdens of those in pain. Let us hold the widows, widowers and orphans in their time of lament.