AND GOD RESTED ON THE SEVENTH DAY: Faith as a tense truce in an African reality 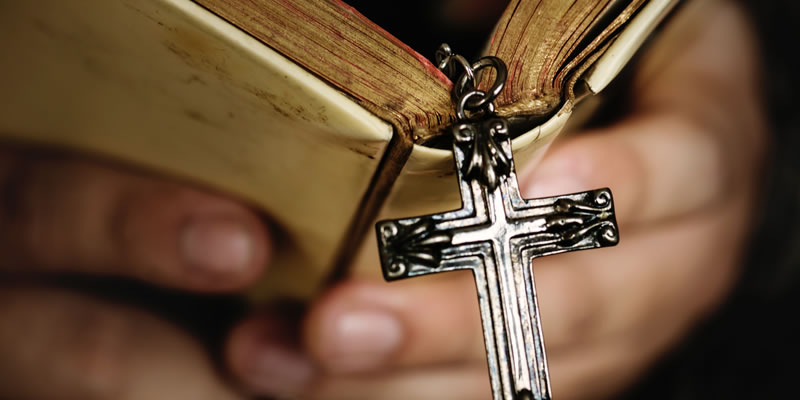 When I was growing up in rural western Kenya in the mid-80s, my father, a Seventh Day Adventist (SDA), imposed Adventism upon us like a colonial identity card. He was an Adventist because his mother was an Adventist. That part of western Kenya was under intense competition between the Catholic, Anglican and Seventh Day Adventist churches. The Seventh Day set up a stronghold in central and south Nyanza regions with churches in every corner of the community. We were expected to carry this spiritual card around for many reasons. One was to inspire some sort of righteous pride, to show that we were better than others, mostly Catholics and non-believers, though Catholics were the other main Christian denomination in our community. We were being trained in denominational politics, that even though we were worshipping the same God as Catholics, we were different, more sanctified. Unlike them, our bodies were free from impurities like tobacco and alcohol. And that was not all. Coca-Cola and coffee were prohibited; soya was touted as the best alternative (but you could only find soya in shops in Nairobi).

My mother protested the Seventh Day Adventist church and its restrictions. She did not understand how eating cold food on Saturdays made anyone holier; she always prepared hot food. My father protested but grudgingly ate it all the same. Also, my mother had no personal vendetta against Coca-Cola. She drank it and made us drink too. My father frowned but couldn’t do much. He was always a minute too late, just as we were putting down empty bottles. In addition, my mother was ambivalent to religion; she was raised in a big traditional family where religion was a pastime and not a primary way of life. My father should have also protested a long time ago. My uncle too. Both are polygamists. Being polygamists, the church never accepted them the same way they accepted the church. As a teenager, I could partake in Holy Communion, but my grandfather, father and my uncle – grown men with much more social status than I – could not. They joined other men, mostly polygamous, in grudgingly walking out of the church during Holy Communion. In my mind, I didn’t think that polygamy, per se, made you a good or bad man. There were very good polygamous men – loving, caring and responsible. And there were bad monogamous men, who abused their families every day.

Deeply entrenched polygamy in our community was the elephant in the room in our local church. Most men seated in the pews were in polygamous families. Our church relentlessly depicted polygamy as barbaric and backward. I have always asked myself why my dad continued in this church that was seemingly subjecting him and fellow polygamous men to emotional abuse every Saturday. He later even embarked on a project to build a big church sanctuary closer to our home. Why would my father, and African people in general, join and support churches that deeply conflicted with their traditional way of life?

The Seventh Day church did not have formal method, or doctrine, to accommodate traditional practices of Africans they had come to teach about Jesus and salvation. This is was not a democracy where the heathen communities had a vote. The church’s intention was clear- convert as many as possible and to grow into a dominant, influential force. My father and polygamous men in the community accepted that the church was way more powerful than they, and that by joining it they could access some social power in a rapidly changing world. The church also accepted that these polygamous men were difficult and would not easily change their ways. The pastor seeming to have recognized this contentious issue, prayed fervently about everything but skirted around it.

For the first nineteen years of my life when I attended Seventh Day Adventist church, I never heard a pastor mention the word polygamy by name during sermons. They would preach strongly against adultery without mentioning polygamy. It was not lost to any person paying attention that lust and adultery, in the context of this Christian worldview, was the first step towards polygamy. Within this complex social set up, there was some sort of unofficial truce around polygamy- this truce would only be broken during Holy Communion when polygamous men would leave the church. Women must have viewed themselves as winners in this struggle between their men and the church. This was one of the few occasions when they would get a seat at the table and partake in a ceremony that their husbands could not. The men protested silently- most would skip church on days when Holy Communion would be served. My father would also often talk of David and his son Solomon as some of the famous men in the bible who married multiple wives. This contradiction in the bible must have been a source of consolation to my father and many men in my community.

In the 1980s and 1990s, during the early era of HIV/AIDS, there was a visible rise in televangelism and miracle healing, and a corresponding increase in the number and prominence of traditional healers and medicine men in our community. Public prayers were being made for all these throngs of young men and women dying of this incurable disease. Privately, African traditional medicine men and women were sought to appease whichever spirits had brought this curse to the people. Mainstream churches vigorously preached abstinence and riled against contraceptives, while in the dead of the night, when the church was officially asleep, traditional healers were brought into homes to prescribe final rites for the dead. Some of these rites included “corpse cleansing” through sexual intercourse with the dead in some communities.

This perpetual conflict between traditional spiritual practices and Christianity has always been a source of both personal and communal conflict. I remember when my uncle Ben was sick, strangers would visit ostensibly to “pray for him”. I knew these people were not Catholics or Seventh Day Adventists. I could tell they were traditional medicine men and women. Sometimes they would stay for days, and I would hear my grandmother telling her fellow women from the church that these medicine men were distant relations who were visiting. I could tell she appreciated the inadequacy of the Christian God in these difficult situations, but that she still struggled with that reality. I saw in her eyes the guilt of resorting to traditional medicine when she had lost faith in the ability of the Christian God to heal my uncle Ben. This was deep in rural Kenya, yet she did not dare be free in following the traditional practices of her people. I have come to learn that this personal struggle, both mine and hers, were a manifestation of years of calculated and successful emotional blackmail to the individual and community by missionaries.

One of the enduring impacts of Christianity in my life was the image of white savior. This image was thrust on my young mind through the powerful sermons on Saturday by our local pastor. The sermons always ended by him commanding us to “fall at the feet of the cross” and “obey”. Obedience would ensure blessings and prosperity. This image of falling at the image of a white male has always overwhelmed me. It struck me even more later when I was living in the United States, where white superiority is always hanging over black and brown people’s heads like a dark cloud.

I recently came from a trip to South East Asia and had a chance to experience a deity that wasn’t in the image of a white savior. I was struck by the images of massive statues of Buddha that resembled the local people. They were in all shades of brown, dark brown and sometimes black. Having lived in the USA for almost four years now, I was puzzled by this free colour continuum of Buddha statues. I made note of this and asked my hosts and friends who were surprised by my observation. They had never made similar observations. The differences, they said, came down to design and material used to make the statues of Buddha. There were no subliminal racial messages of superiority and inferiority in these statues. I apologized and let them know that I live in environment where race permeates every fabric of the society.

This experience introduced me to a unique reality that most Africans who are Christians have never had – the reality and the power of having a God who resembled the locals, who looked like the local rickshaw driver, beggar, teacher and doctor, hit me very hard. It brought back memories of the many times my father struggled to contort reasons to reassure me and my siblings that as much as the Christian God had very explicit Caucasian features, on the inside, he looked like us, Africans. And that before this God, all races were equal. I was always confused by this halfhearted assertion. I felt like we were always struggling too hard to impress the Christian God and we all fell short.

I have started thinking of how powerful and relatable it would be to have a God whose image members of my community would relate to. This would perhaps empower and inspire many people, including my son, whom I am not sure how to introduce religion to. How can I read him a Bible that has been used to control my people for generations without feeling a repulsive guilt? No, I cannot. I am rebelling against everything peddled with a white supremacist agenda. I have decided against that. That is why I struggled with thoughts of taking him to my grandmother’s church in Kenya. I decided against this church that refused to accept my father.

But then again, I have to ask myself, which is this African deity I am seeking? Moreover, where is this deity? Is it possible to reconstruct and empower all the traditional African deities destroyed by colonizers and missionaries? In addition, can our communities be empowered to find strength in their old ways of thinking?

This is the space and personal conflict that the entry of Christianity suspended me, and my community, into, and we are still grappling with it. Sometimes the presence of the local Seventh Day Adventist church in my community feels like an ever-present symbol of domination. But sometimes it looks like a space that offered my grandmother sanctuary and gave her meaning about life, and also gave women their own social status as Holy Communion-partaking believers. I want it to work for us, but I know I hold no vote, and I doubt my community has the power to reshaping practices and doctrines we feel do not align to the traditional values of my community. This faith has always been – take it or leave it. But I think we need something else.