THE DAYS OF SITUATION: Reflecting on the Reflections Series ‘Beyond The Numbers’ 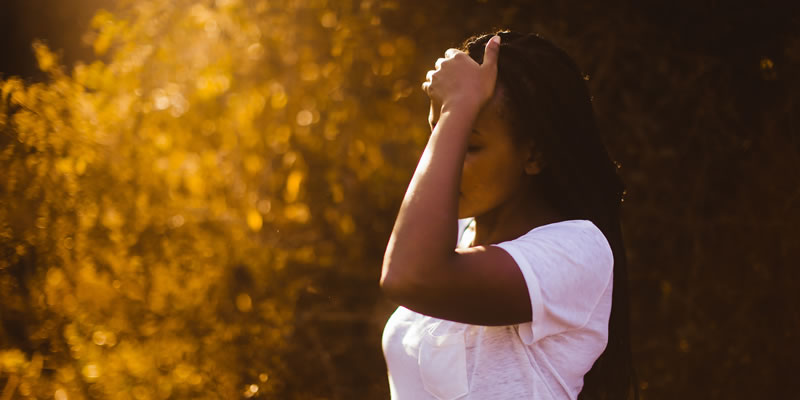 I was ten years old in 1996 when my parents separated. It seems to me that I had never really noticed them before it happened. Until that tumultuous December my parents were like the air around us – crucial to life, and you would notice when they shifted around, but otherwise somewhat unremarkable. I always thought my extended relatives were much more interesting than my parents – my aunt, who lived with us for a while, laughed loudly, spoke excitedly, and let us watch Indian movies late into the night when my mother was away working the housekeeping night shift at the New Stanley. My mother’s (step)father, my Guka, always brought us halua and kaimati every time he visited. We were fascinated bulging veins on his hand, wondering why they popped back up no matter how hard we tried to push them down.

And then, it happened. My father spoke a lot at this time, more than I had ever heard him speak, it seems, and he would say things like – “your mother is using you as a conduit to get to me.” At the end of his long speeches, I would go to my blue and red Oxford English Dictionary and look up the word conduit. And my mother became more quiet, I think, transfigured into glass that was dangerously on the verge of shattering at a moment’s notice. I was terrified at the thought of this. How does one pick up those kinds of shards?

But what none of us siblings could have known at the time – I am one of three – was that our family’s troubles were not ours alone, and that the intensity of our struggle to remain afloat was not entirely the fault of my mother and father. It was, (objectively?), the wrong time to get divorced – they were walking right into an economic blizzard, with the three of us in reluctant tow.

Kenya was in the midst of an economic recession, the fallout of implementation of the infamous Bretton Woods structural adjustment programs (SAPs), which led to a slash in government expenditure, especially on public servants’ salaries, administration, economic and social services. To make matters worse, the architects of the Goldenberg scandal had promptly drained an equivalent of 10 per cent of Kenya’s GDP from the Central Bank, just like that. Neglect and dilapidation were all around us, and in my ten-year-old mind, I connected the dots and concluded that this is actually what happens when your parents split up – the world goes to literal ruin. Garbage starts flowing in the streets. Potholes eat the road in front of your house.

Which is why I was not prepared for how painful this month’s Reflections series at The Elephant would be to read, edit and curate. They remind me, in the words of @tjjullu on Twitter, ‘ndalo situation’, days of situation, when the folks would say, “you know the situation…. We’re in a tight situation…” Read: Beyond the Numbers series

This Reflections series was intended to go ‘Beyond The Numbers’ of macro-economic policy and excavate the memories of those tough times, and connect that with what’s going on today. How did families cope? How did it affect social arrangements, like people having to live with relatives, or the stress that it put on marriages? How are millennials being affected by its iteration today – frustrating unemployment, and the unspoken angst of not being able to achieve dreams? How do we connect the brunt of the hustle to the dysfunction in national economics? How does society react to this culturally – chanelling frustration through music, sports, the arts and so on? And what are the untold stories of those traumas that were never discussed?

The series began with Lutivini Majanja’s extensive piece on how tea – its availability, quantity and quality – marked her family’s turbulent economic fortunes and domestic disruptions.

Then came Gloria Mari on the ‘extreme sport’ that is job searching today, where beyond skills, qualifications, work ethic and experience, it seems like you have to have guardian angels, good luck charms and even the occasional visit to the mganga to have hopes of finding a well-paying job.

We published Carey Baraka reflecting on how disconnected younger millennials are even from the memory or understanding of the 1990s ‘ndalo situation,’ and what that lack of memory does to a generation grappling with through similar challenges – but without a historical anchor to ground the struggle.

Filmmaker Amina Bint Mohamed explored the concerns and challenges of the so-called ‘middle class’ in a short documentary film, a demographic whose definition is contested and whose security is precarious.

There was Wanjeri Gakuru’s reflection on “flying out” as a way for families to cope with a depressed economy and diminished opportunities in the 1990s, but that is no longer an option today, with increasing xenophobia in the traditional ‘greener pastures’ – US, UK, Australia, and the like.

Darius Okolla detailed the decline of his hometown Kitale during those years, where the earth and rust seemed to swallow everything, and how the town never really recovered.

And Silas Nyanchwani’s devastating article on how he was making more money as a student a few years ago, than as an adult today with a family to support (and with a Masters degree from one of the most prestigious universities in the world), was almost too much to bear.

But could anything good come from all this distress? At a different time in my life, I would have written something clever about how economic turmoil allows innovation to emerge.

Like the way M-Pesa’s success may be partly because after the pervasive joblessness of the 1990s and early 2000s, there was a whole group of people who were willing to do the dreary work of being M-Pesa agents.

Much of the talk around M-Pesa has been why it worked so well in Kenya, and not so well in other places, and various reasons have been advanced – Kenya had a huge unbanked population, a lenient regulator, and a culture of sending money to relatives and friends.

But on the agent network, Safaricom had envisaged that agents would bolt on to already-existing businesses, like pharmacies, kiosks and convenience stores, which would then just do the M-Pesa transactions in a corner somewhere, the company’s corporate communications head told me in a past interview.

But the rapid rollout of the agent network was possible because of the very high informality in the Kenyan economy. In fact, the company was surprised at how there was a whole cohort of people willing to be M-Pesa agents as a stand-alone job, basically self-employed, sitting in a small stall, with no salary, benefits, or retirement package, earning a small percentage of every transaction.

Today, I can only make that argument intellectually, and even so, not completely sincerely. I am much more sensitive to the suffering that we tend to gloss over when we neatly tuck such losses into grand narratives of progress – that it all ‘worked out’ in the end, look at M-Pesa!

As philosopher Walter Benjamin argued, narratives of progress render history coherent and harmonious by resolving the traumatic dimensions of history, incorporating them into affirmative accounts that underwrite the positions of those in power.

It means that memory is always in danger of becoming a tool of the ruling classes, a situation that “threatens to murder the dead twice, to erase and eliminate the dissonant quality of past suffering, injustice, struggle and loss.”

Mine is a melancholic hope today, a “hope draped in black” in the words of writer Joseph Winters. It is the kind of hope that refuses to peddle in fantasies of a coherent, harmonious world unscathed by painful events, conditions and memories, in the name of the gospel of innovation. Sometimes suffering produces innovation. But it always produces pain, and the cheerful silver linings obscure this.

This series is our attempt, in the words of author Ralph Ellison, “to keep the painful details and episodes of a brutal experience alive in one’s aching consciousness, to finger its jagged grain…in the hope that we might transcend it, not by the consolation of philosophy but by squeezing from it a near-tragic, near-comic lyricism.”

Like Winters, I see melancholy gesturing towards a better, more promising hope, which must entail contemplation, remembrance, and critical encounter with vulnerability, cruelty, and death, rather than endeavours to resolve or deflect them through reassuring images of progress.

It is a blues sensibility, “unhopeful but not hopeless”, offering no solutions, only a way of responding to, working through, and coping with painful incongruities.

Perhaps the next M-Pesa will come out of all this. Perhaps not. But we at The Elephant will be a witness to ndalo situation.