Gonna know we were here 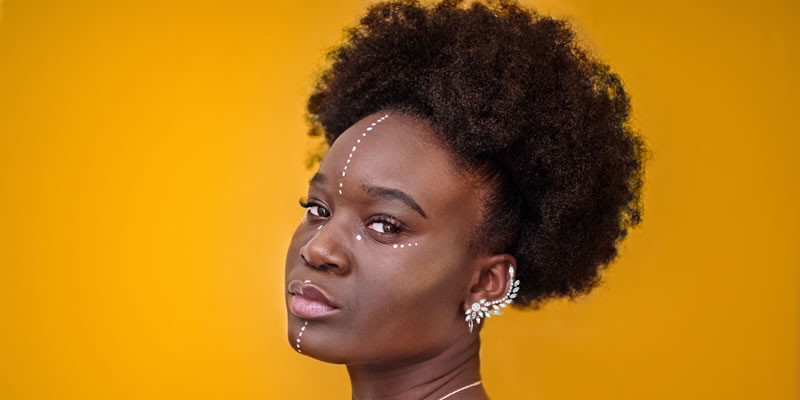 I recently found myself in a room with the mother of my auntie’s husband who we all call Cucu. Having lost my biological grandparents, this sweet lady—who, at 98, has always been old to me—was fascinating to observe. Cucu sat in a corner, singing gospel songs with her feet elevated. She was snug and warm and aged in that good way; seen the world and sure of her bedtime.

I thought about the Kenya she met in 1920. A colony filled with fear, hunger and violence. Though I can almost hear Ciru’s character in TEFBrazen chime in, “kinda like now”, I wonder what uncertainties coiled in the belly of Cucu’s mother as she looked down at her daughter. As a woman, I feel certain the same dread extends across each generation facing a hostile world that needs unmaking: Will they survive? Will they thrive?

Not enough to make it.

This is where we need the radicals and their rage.

They find the words, the exact colour and stroke, the perfect verse and tempo, the opening, the safety, the fearlessness, the cunning, the voice needed to challenge the world. March 16th, 1922 was Mary Muthoni Nyanjiru’s time to be Brazen. She rallied a crowd of 7,000 agitating for the release of Harry Thuku, a political activist fighting against the colonial government.

They say that right there, outside Central Police station, Nyanjiru stripped naked, faced down the bayonets and yelled, “Take my dress and give me trousers! You men are cowards! What are you waiting for? Our leader is in there. Let’s go get him!”

For author Grace Ogot, being Brazen was deciding to publish work in both Luo and English when she realized there was a dearth in work by East African women writers at the 1962 African Writers Conference. Her fellow attendee, Rebeka Njau went on to write a one-act drama that unequivocally condemned female genital mutilation. The Scar was published in 1965 and is the first ever play written by a Kenyan woman.

A decade later Rebeka would rewrite her award-winning debut novel Alone with the Fig Tree into Ripples in the Pool with a queer protagonist, Selina, a married woman who falls for her husband’s sister. In a moment of reflection Selina reveals her motivation: “I have discovered that a woman must fight her way in this cruel man’s world. This is what I’m doing now.”

And women needn’t be pioneers to shake things up. Daring to be different and refusing to be cowed or shamed is just as empowering. It is evident in how musician Akothee, the self-proclaimed ‘president of single mothers’, has made her Instagram account an island of ungovernability. That honesty with which socialites such as Bridget Achieng – featured on a recent BBC Africa Eye documentary – speak candidly about their lives and the cost of choices they make.

Brazenness is in the very bones of the Bar Hostess Empowerment & Support Programme. This organization is a haven for Kenyan sex workers. It also incorporates women who have sex with women (WSW), women using drugs and, bar hostesses. What’s fantastic is that they offer training to sex workers as paralegals which helps them in defending themselves on the streets, in the back of the council vans, and in the courts.

When women refuse to be made invisible, they are able to question status quo. It is a struggle but there is glory in being alive this way. When transwoman Audrey Mbugua challenged the Kenya National Examinations Council to change the name on her certificate, she demanded to be seen for who she was. She won. When filmmaker Wanuri Kahiu took the Kenya Film Classification Board to court for banning her film Rafiki, she wanted to give Kenyans a chance to see two young people—who happened to be female—fall in love. She won and made over three million shillings to boot.

But it isn’t about winning. It’s about having the audacity to point out an injustice and not back down. In 2016, lawyers Marilyn Kamuru and Daisy Jerop together with the Center for Rights Education and Awareness led a petition against the Chief Justice and the National Assembly to dissolve Parliament. The Constitution is clear. Everyone ought to be sent home for non-compliance with the two-thirds gender rule. The petitioners openly declared “there is no democracy without women’s meaningful representation in the national legislature.”

How powerful is that?

Yet and still, not enough make it.

Nyanjiru was the first to be felled by bullets that day.

*Liz was gang-raped on her way home from her grandfather’s funeral.

This is still the world we live in. Where our bodies are viewed as disposable, our fate inevitable and our triumphs erasable. That is why I enjoyed Too Early for Birds – The Brazen Edition so much. It hit all the right notes: truth, homage and genius. We need this kind of inspiration. We need our joys and pains documented. We need to grieve. We need to imagine new ways to be free. This is how we survive. This is how we thrive.