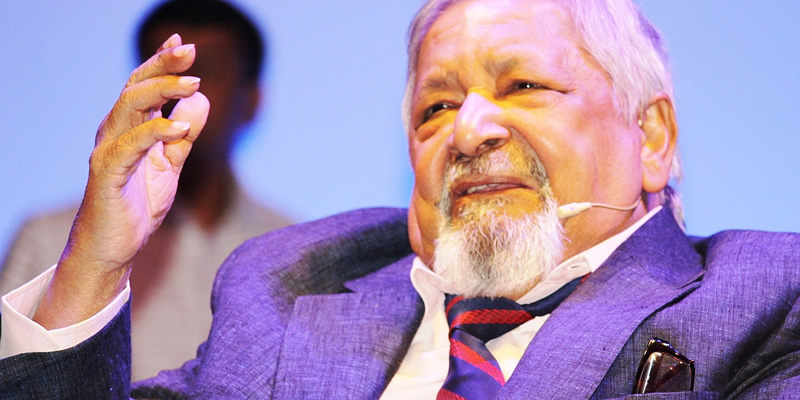 In his memoir, A Writer’s People: Ways of Looking and Feeling, published in 2007, V.S. Naipaul, who died last month at the age of 85, described the suffocation of being born and raised on a small Caribbean island that was racially divided. He writes of living in a place where “the living half-cultures or quarter-cultures of colonial Europe and immigrant Asia knew almost nothing of one another” and where “a transported Africa was the presence all around us, like the sea”. This sense of being trapped on an island with other races with vastly different cultures partly explains what led the young Naipaul to leave Trinidad for good and make a home in another much bigger island nation, England.

But adopting England and Englishness did not obliterate the writer’s inner conflicts about his identity. Being a Trinidadian Indian had left the young writer with a deep sense of inferiority, a kind of “colonial shame” that would define much of his writing in later years. Naipaul, whose Indian grandparents came to the Caribbean as indentured plantation labourers in the late 1800s, was ambivalent both about his birthplace Trinidad and his Indian roots. Both identities were the source of a lot of pain and shame. His grandparents had been slaves; and while they were not chained or beaten or forced to work for free like African slaves, they were made to feel inferior.

Interestingly, unlike many post-colonial writers whose writing is informed by their traumatic colonial experiences, and who actively seek to distance themselves from stereotypical colonial narratives of colonised people, Naipaul reinforced the thoughts and perceptions of the British colonialist. You could say that he was the Charles Njonjo of post-colonial literature – deeply contemptuous of his own people and forever looking towards Britain.

There are two ways in which colonised people who have been transplanted – either forcibly or voluntarily – in foreign lands cope with their new surroundings. They either retreat into themselves by becoming inward-looking or clannish (thereby reasserting an identity that they feel has been damaged or diminished by colonialism) or by underplaying or obliterating their own identity and emulating the identity of the coloniser. Both coping mechanisms are symptoms of a deep inferiority complex that even post-colonial states have to this day been unable to erase. The Western world is only too happy to indulge both types of people – either by exocitising them or co-opting them.

In a post-colonial world, co-option becomes a necessary tool to silence the former colonisers’ most vocal critics. This explains why after rebuking the Western media for infantilising and stereotyping Africans, the Kenyan writer Binyavanga Wainaina, who wrote the satirical essay “How to Write About Africa” (which went viral), was courted by the same Western media and for a while became the darling of the English-speaking literary crowd. Many such authors end up living in the very West they so condemn in their writings, our very own Ngugi wa Thiong’o being among them. Writers, especially from Asia and Africa, in trying to be aggressively and consciously post-colonial – or deliberately anti-colonial, as Ngugi was – still yearn to be anointed by the very West they claim to resist. Being nominated for the Caine, Booker or Nobel Prize is considered to be ultimate recognition that one has indeed been accepted into the white literary world.

The novels of the extremely talented Nigerian author Chimamanda Ngozi Adichie, whose writing describes a middle class Nigeria where families throw garden parties and borrow books from public libraries, are also in a sense a call to the West to accept Africans as “normal” people with middle class desires and Western tastes. Both Adichie and Wainaina have gained acceptance in the white literary world that was used to reducing Africans to exotic savages or blood-thirsty guerrillas – “natives” who served as colourful backdrops to white “saviours”. But unlike Naipaul, whose contempt for his own people was apparent in much of his writing, these writers have no qualms about both accepting and celebrating their African identity and questioning white privilege.

Sir Vidiadhar Surajprasad Naipaul was, on the other hand, deeply conflicted about his Trinidadian and Indian identities. In An Area of Darkness (1964), he said this of his ancestral land: “India had not worked its magic on me. It remained the land of my childhood, an area of darkness…” Naipaul failed to connect the dots between colonialism and the state of former colonies like India, whose experiences of colonialism had stunted or distorted their development. In this sense, his books are apolitical. In most of his writings, he sought to distance himself from the so-called Third World. He was particularly contemptuous of India, which he described as having “no autonomous intellectual life”. In India: A Wounded Civilization (1977), he described the home of his ancestors as “a very strange land” with bizarre customs and rituals and where people were steeped in ignorance. Many Indians, he stated in his memoir, can’t wait to leave the subcontinent, “to shake India off, shake off what they see as the retarded native element in dhotis and caste-marks, temple-goers…bad at English”.

Needless to say, his books on India were not well received; Indian critics wondered how he could have traversed that huge and diverse country without once tasting or feeling its rich culture and ancient heritage. Naipaul, who was awarded the Nobel Prize for Literature in 2001, also looked down on Indian writers, who he claimed did not have a global vision and could only write about “their own families and their places of work”. He did not spare Indian readers either, who he called “hard and materialistic”, people who only discuss a writer when he or she has won a literary prize.

His books on the Muslim world were similarly criticised by Muslim authors who accused him of perpetuating stereotypes about their religion. Others accused him of being a racist. The late Chinua Achebe called Naipaul “a new purveyor of old comforting myths”. Which is not to say that Naipaul was not a prolific and talented writer. His huge body of work are a testament to his literary skills and relentless curiosity about the world. In a recent tribute to the author, Ngugi wa Thiong’o referred to Naipaul as a brilliant “writer’s writer”, one “who holds a mirror of imagination unto society to capture a certain view of reality”.

Naipaul was also deeply flawed as a human being. He had misogynistic tendencies. He viewed female writers as inferior. In a 2011 interview, he stated: “I read a piece of writing and within a paragraph or two I know whether it is by a woman or not. I think [it is] unequal to me because women have a narrow view of the world”. He once beat up a lover so badly that she was unable to appear in public for several days. He was also known to have constantly humiliated his first wife Patricia Hale. (Naipaul married three times; his third wife Nadira, who he stayed with him till his death, was raised in Mombasa.) Naipaul did not spare his friend the writer Paul Theroux either, with whom he fell out, and who ended up writing a diatribe against his mentor called Sir Vidia’s Shadow.

I first read V.S Naipaul when I was in my 20s. I remember being enthralled by A Bend in the River (1979) the story of an Indian trader who ends up in a remote African township in a region that has an eerie resemblance to Joseph Conrad’s Heart of Darkness. Through this book I got a glimpse of what life might have been like for the early dukawallahs who set up shop in Africa’s interior as Europeans set out to colonise the land. How did they cope in such harsh and alien environments?

But I couldn’t help thinking that Naipaul had very little respect for the sad but comical characters he created in many of his books. The opening line in A Bend in the River reflects the contempt he held for his main character: “The world is what it is; men who are nothing, who allow themselves to become nothing, have no place in it.” He condemned many of his characters for being Indian, for continuing to live small lives in Trinidad, for being unworldly or unsophisticated. One rarely found him getting into the skin of his characters to learn more about what made them tick. Many appeared like caricatures of “natives” etched by some bored colonial administrator’s wife in a tea estate in Assam. As Manan Kapoor commented in an article in The Wire on 12 August 2018:

“Naipaul only observed his subjects from a distance and often lacked self-awareness. In reality, he never touched his subjects with his bare hands, only with a stick, as if he was trying to poke them to generate a reaction which he surprisingly did. James A. Michener wrote, ‘If you reject the food, ignore the customs, fear the religion and avoid the people, you might better stay home,’ and it stands true for Naipaul.”

Perhaps Naipaul will be remembered for having the courage to be politically incorrect at a time when it was politically incorrect to be so. But I am afraid this attitude was not the result of courage or conviction but a deep sense of self-loathing – a kind of “colonial shame” – that was evident in most of his writing.