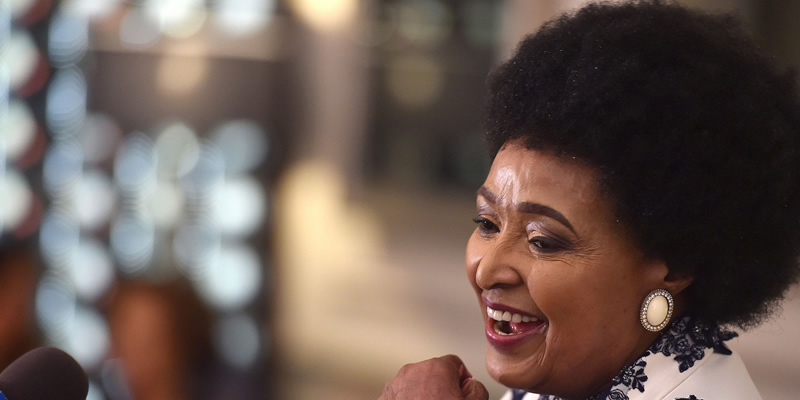 In September 2006, I came face-to-face with the murderous nature of Apartheid, while attending a self-development course in Cape Town. In a course of this nature in which people are seeking to transform themselves, it was inevitable that Apartheid would rear its ugly head. Yet when it did come, it came without warning. A white woman was at the microphone, working with the course leader through the devastating impact of the sexual molestation she had suffered as a six-year-old girl. And then out of nowhere, a middle-aged white man declared that he was going to leave the course as he found the conversation irritating and irrelevant. This was on the second day of the 3-and-a-half day course.

Lucky for all the participants, he allowed the course leader to talk him into staying and then he agreed to deal with what in the woman’s story had triggered in him. I must add that before this moment he had been a coachable star pupil.

The reason for his desire to run away snuck up on him as the coach worked with him. Let’s call the guy X and let’s tell his story. Imagine you are an 18 year old teenager preoccupied with the concerns of a normal 18 year old boy. Football, girls, keeping your mother off your back, and what university will accept you with those grades.

But all these preoccupations are put on hold because you are conscripted to serve your race in the violent war that is being waged to maintain white domination in South Africa. So you start your training in the National Service, which is mandatory for all white youth. The training to be a soldier is tough; this, after all, is the apartheid-era South African army, a military super power with nuclear weapons. An army developed with the might of Israel and assorted western friends. But for this 18 year-old, the training is mostly fun as these situations of extreme hardship can be, when you get to test yourself, when you get to find out what you made of.

By end of the training young X is now a real soldier and goes off to fight for his race. One day after a few weeks in active combat in the bush, he finds himself in a room. In that same room is a black man whom they called a “terrorist,” half dead from three days of brutal torture. Before that, they had subjected him to solitary confinement for 6 months. They had beaten the soles of his feet with a switch, and worst of all they had electrocuted his testicles. They were sure that was guaranteed to break them and make them spill all the beans. But not this one. Maybe it was true that he didn’t know anything, as he had kept wailing during the times he was conscious.

So there was X. In the company of an enemy who refused to crack, and white soldiers — some at the same low rank as him, and several of higher rank. But out of all of them, he was the latest recruit. Was this the reason the commander picked him to administer the lethal injection?

He hesitated, and then it dawned on him – he was being given the honour of killing a man. He of all the new recruits had been picked for this singular distinction. And a soldier obeys. So why did he feel so empty after the man stopped breathing? Why did he feel his body stop smiling? Why did he want to run away? Only his training saved him from bolting from the room, as he felt himself shrink and almost disappear.

Later did he wonder what was it him that made him so easily selectable. Did he spend many moments staring at his face in the mirror, looking for what had given him away like some girl who finds herself chosen amongst many girls to be sexually assaulted?

The coach then asked the question on all our minds.

How many did you kill? Mr X admitted to “about a dozen”. That’s how he put it. About a dozen. Conjuring in my mind images of a dozen eggs. Or a dozen hot-cross buns or a dozen of anything else. But there were many other white South African men in the room. Mr X’s confession gives them permission, and all of a sudden I find myself surrounded by Apartheid era killers, on the wrong side of history. But what was gratifying was that they had not escaped the consequences of their actions. They were paying the price for the murders they had committed, by living in a state of eternal unease. For most of them this was the first time they had ever talked about what they had done and how it had impacted them. Through the coaching Mr X realised the price of the murders he committed during the war. In the moment he realised he had to kill the battered and bruised black man lying helpless on the floor bleeding, Mr X lost his humanity and lost faith in humanity.

At the time of the self-development course, Mr X was in his forties and was now assessing what losing faith in humanity had cost him. He was a successful business man with a knack for starting successful companies. But he was twice divorced and kept shutting down businesses and running away. Before the course he thought he just loved to travel to faraway places. But he soon began to understand his actions as a continuing desire to get away from that moment when he killed his first black man. Although his government, his ancestors, his white community had worked hard to erase the humanity of black people, his reaction to his first murder confirms how unsuccessful these efforts had been. And when the other white former soldiers in the room started to share their experiences, they echoed Mr X’s suffering. The killing of black people during apartheid had broken these white men.

But like Teflon, whiteness also saved them. They were monsters but did not appear monstrous. We in that room did not naturally recoil from them in horror. Somehow their crimes seemed too tidy to be seen for what they were.

But this story is about Winnie Madikizela Mandela and her brokenness. If being in the powerful position of perpetrator like our friend Mr X could break you, imagine being on the receiving end. And not just on the receiving end but being Mandela’s wife. What they can’t do to him, they can do to you and they do.

If you really want to get a glimpse into the previously murderous intentions of those white men under Apartheid, look at what they did to Winnie Madikizela Mandela. Yet the Teflon effect means we never keep our attention on the brutal violence of these white men. We keep going to the nice neat lethal needle about to plunge into the body of the “terrorist”. We think of Winnie as somehow being the cause of her own incarceration and again we let the white men go free. Stompie is forever burning in our minds, a young boy that has a tyre round his neck, paraffin and fire.

So let’s go back tell a bit of the story of Winnie’s life under Apartheid. One day a military contingent is unleashed at night, at a time calculated to terrifying. The contingent descends on your home. How many? Enough to intimidate and frighten. They have come to take you away. You plead with them to allow you to take your two young children to your sister and they refuse.

How many mothers have had the experience of giving birth to their hearts? I mean it. When I gave birth to my child I gave birth to my heart. How could I live away from my babies not knowing if they were safe or not? And there was Winnie knowing her children were alone at home in Soweto. Apartheid was a murderous system and what made it even worse was that it was clearly thought out. It was scientific. Clinical. Intentionally cruel with an agenda to break those it deemed enemies. And who was a worse enemy than Winnie Madikizela Mandela? And so they went for her with all the weapons they had developed to fight their war, fought to keep South Africa a white paradise.

That first time they put Winnie in solitary confinement, (now wait for it) naked, with no water, in darkness, for 18 months. If you are a woman imagine being naked. Imagine having your period every month and having no protection. You cannot wash yourself and you have no privacy. I don’t know how long I would last. And then the children. Where are they? Are they safe? I just read Tsotsi by Athol Fugard. Tsotsi starts out as an ordinary young boy of ten years, living with his mother. One day Apartheid decides to demolish his home without warning to make way for white homes. He loses his mother and is left out in the cold to survive. He survives, but becomes a hardened thug who enjoys killing just because, preying on his own people, the victims of Apartheid.

So Winnie serves her 18 months horror term, at the end of which she is released – but the torture and Apartheid’s quest to break her is not over. Now she must serve house arrest in a remote community. By now Winnie Madikizela-Mandela is exhibiting her brokenness.

They say she traumatised the little conservative community with drinking loud reveries and seduction of young men. When I once expressed outrage at her betrayal of the great Nelson Mandela, my aunt retorted “But is she a tree?” I had to laugh at my own hypocrisy.

Let’s go back to that white woman at the front of the room. Her older cousin touched her private parts with malign intentions. Although she was six years old she knew his intentions. It was his intention to hurt her, and that put a crack into the fabric of her humanity that she now carried around with her. That’s all it takes to break someone – a malign touch. And what if the perpetrator uses a sledgehammer to break you repeatedly? How broken do you become?

But Winnie Madikizela Mandela was fighting a war. In a war is there time to nurse your wounds? Can you take a moment for a break? Can you have that healing touch or find a psychologist to help you deal with your issues? I know you know the answer. Even with a broken wing you must fly. You must lead from the front. You must be the Mother of the Nation. The world depends on you. And so Winnie learnt to fly with her broken wings, and the world is a much better place for it. Thank you Winnie Madikizela Mandela for being one of the original brazen women.