Reclaiming my blackness as an African feminist 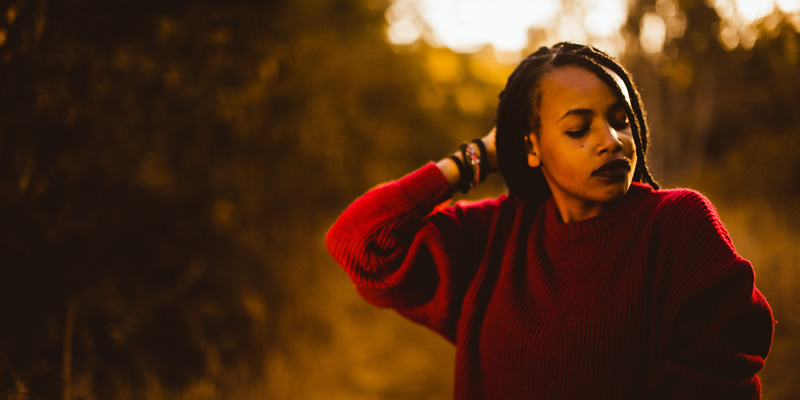 Before I gave birth to my daughter I was probably what the embattled boy-child would today call a ‘toxic feminist’. My place was not in the kitchen, nor was it in a labour ward. I considered myself the stereotypical, ‘strong black woman’, never giving a thought to the origin of the term, the baggage that came along with it, and the culture within which it originated. The ‘strong black woman’ stereotype is considered positive but it is problematic because, one, it characterises an entire gender and race based on a singular attribute, and two, it creates the impression that black women do not need help.

But then there is another complication: See, while I am a woman, black, and strong, I am not an African American, and it is to African American women that the term refers. It comes heavily laden with years of oppression that was targeted specifically at black women in America. A history that required them to dig down deep for the kind of resilience that is only unearthed under severe pressure. So for me, as a woman born in post-independence Kenya, the term did not really apply.

Yes, I am a black woman, but I am not an American – and the term ‘strong black woman’ was coined for that demographic specifically. Therefore, anyone who appropriates it should at the very least understand the history. I described myself as such for the aesthetic. It sounded like something I should be as a woman, and a feminist. But it wasn’t my reality. It wasn’t my history. As my parents often reminded me, I was never exposed to the sharp edge of Kenya’s colonisation. I was born in an age when those who fought for freedom had laid down their weapons, and those who received the gift of independence had created lives that were far removed from the poverty of their childhoods, and the socio-economic shackles of their white oppressors.

My parents worked hard to make sure that even the cell memory of oppression was removed from my DNA. So the strong, black womanhood I was envisioning was in the words of Bell Hook, a “half-told tale”. It was not my story to claim. But I did. I used it to justify my non-expertise in the cooking department, because no man was going to chain me to the kitchen sink, and expect me to keep him fed, watered and bathed. I brandished it when I declared that if I had a child I would never be referred to as Mama Nani. I had a name dammit, and Baba Nani was going to put some respect on it. I was that girl who would wear a turtleneck and then compulsively pull it over her chin because my body was not an exhibition and men were not welcome to view it. I became what I recognise as a caricature of strong womanhood. A caricature which existed to amplify ‘strength’ at the expense of authenticity.

It wasn’t until I gave birth that I understood that feminism cannot be defined in broad terms that every woman must adhere to. Strictly speaking, it is the idea that women and men should have equal rights and opportunities. But what it’s really about is the right of a woman to choose how she wants to experience that equality. Feminism is personal and women should have the freedom to decide what it looks like on their own terms. I grew into my own version of strong womanhood through motherhood, but every woman should feel free to discover who they are, and what they want, through a variety of their own experiences. So, now I have become the kind of woman who wears that ‘Mama Nani’ tag with pride because motherhood requires a woman to dig deep to find the kind of resilience that is only unearthed when you have the weight of another human being on your shoulders.

Which brings me back full circle. See, much as I loved my own mother, I had often thought of her as ‘less than’ because she was a traditional wife. She was the quintessential homemaker who spent a good amount of her time making sure my father was comfortable, even when it caused her discomfort. For her troubles, I viewed her as disempowered. I thought of her as a woman who refused to use the power of her femininity to temper her man’s overbearing masculinity. This was despite her achievements in the workplace which quite frankly, were larger than life. She was an advocate for the empowerment of the girl-child way before it had become a catchphrase. Paradoxically, I admired her advocacy with the same fervour that I disdained her choices as a ‘traditional’ wife, and mother.

I rebelled against her version of womanhood and took up a form of feminism that I mistakenly believed to be my own. But with the birth of my daughter, which was six years after my mother died, I began to see very clearly that I had internalised a form of female empowerment that had precious little to do with my experience as a Kenyan woman.

In my rebellion against what I viewed as conservative, unimaginative, and weak, I reached into my spirit and grabbed onto a version of feminism that I felt was authentic, real and right. But then came another contradiction in my feminist ideology, and that was the assumption that men were the enemy; and that every woman, regardless of race, colour, or nationality, was fighting that same adversary. Even as a self-confessing ‘strong black woman’ I embraced feminism in all its late 20th Century, white-woman glory, never once viewing it as a construct that was designed to overlook women of colour, and specifically women in Africa. White women approach feminism from a ‘second-in-command’ position, coming immediately after white men in the global social construct. Black African woman approach it from the bottom-up, many times having to fight injustices that are unique to them on account of the colour of their skin. So yes, we all struggle, but we struggle differently.

See, to subdue Africa, the white colonising forces attempted to strip entire populations of their culture, and to replace it with foreign norms and traditions. People from my parent’s generation had no choice but to embrace those norms and traditions because they were born in the age of colonialism. For them it was truly a matter of survival. So they raised us from the viewpoint that white was right, and we internalised that belief. Aspiring to whiteness became deeply embedded in our core. Even in an independent Kenya, many in my generation – the so-called Generation Xers born in the 60s and 70s – looked to white culture for our cues. It was in this context that I latched onto the Western ‘burn-your-bra’ version of feminism, interpreting it to mean that men were the enemy, and every woman had been enlisted to fight them. Fighting them meant railing against all the parts of Kenyan tradition that required women to assume a deferential position. To my mind, Kenyan women were expected to genuflect while cooking, cleaning and bearing children, and I wasn’t having any of it.

But see, I’ve come to understand that African women in their natural habitat are the epicentre of societal power. Through the ages we have built a familial construct that allows us to cleverly wield that power, and to tilt the balance of influence in our favour. We have our ways, which don’t typically include masculinising our femininity, or the reckless disempowerment of our men. This type of behaviour derives from the colonisation of our minds. From the parts of us that reject what white women reject, and accept what they accept without pausing to reflect on the fundamental differences in our experiences. And it doesn’t really help matters to appropriate the black woman struggle either. Yes, we are black, and we are strong but we have our own history, and our own experiences, which are distinct from our African American sisters.

It is at this intersection of white, African American, and black African feminism that I have come to the realisation that I have to write my own feminism bible, and to apply it religiously to my own unique circumstances. I was born in 1977, 14 years after Kenya gained independence from colonial rule. I did not experience the humiliation of white imperialism, but I was raised by parents who still had the sourness of colonialism on their tongues. They carried the weight of that oppression on their backs even as they used the very same colonial systems to navigate a free world. In their liberation, they used a colonial compass to find their way in life, and because of it, I subconsciously assimilated a colonial mind-set. Everything worthy of having, and aspiring to, was steeped in whiteness.

This is why many in my generation still take pride in speaking with an accent. Why we privilege British system schools. Aspire to study abroad. To live in areas that used to be reserved for white folk. We continuously cast ourselves in the image of a settler because the subliminal goal is not just to be good, but to be as good as a white person. Or at the very least to be viewed as embodying cultural whiteness.

For me, the realization that I needed to emancipate myself from mental slavery came when I contemplated my daughter’s future. When I stopped to really reflect on the kind of woman I wanted her to be. I realised that in my core, I valued my blackness, but that I would only thrive in it if I let go of the idea that I had to act white to be valued. This meant that I had to redefine what womanhood meant from a black cultural perspective.

In the end, it came down to enjoying the respect that is implied when folks call me Mama Kayla, honouring the masculinity of my Kenyan brothers without devaluing my contributions as a Kenyan woman, and raising my African vibration so that I would consistently bring the richness of my proud ancestry to the table.