THE ALTERNATIVE PRESIDENT: A Case for Winnie Mandela 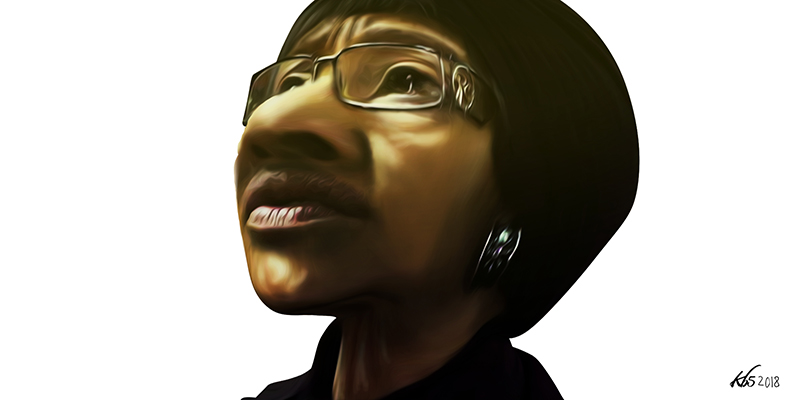 The representation of women in political leadership globally hovers around 20% of most governments, parliaments, heads of state, according to United Nations documentation. Between 1995 and 2015, there was approximately a “major” 10% increase (from 12-22% parliaments; 12-19% executive branch; 6-18% cabinet ministers. According to The World’s Women 2015.

A few factors contribute to this blatant underrepresentation. Women are seldom leaders of major political parties, which are instrumental in forming future political leaders and in supporting them throughout the election process. Gender norms and expectations also drastically reduce the pool of female candidates for selection as electoral representatives, and contribute to the multiple obstacles that women face during the electoral process. The use by some countries of gender quotas has improved women’s chances of being elected. Yet, once in office, few women reach the higher echelons of parliamentary hierarchies

So how does Winnie Mandela fit into this framework. Clearly she was a leader not so much of her political party (African National Congress) but of the people, a grassroots organic leader. And clearly as well, she was betrayed by that same movement, from gaining the political power to make changes at the state level; and in part by her then husband, Nelson Mandela as he became president of South Africa. Still in my view, she functioned as a kind of shadow or alternative president, and definitely rejected the mythical “First Lady” paradigm with its expectations of a certain compliance.

This mythology of the first lady has been substantially challenged recently by the presence of black women, who are historically the anti-thesis of the idealized white female identity historically aligned with service to white male patriarchal power.We can say as well that Winnie Mandela, like Michelle Obama in the United States, presented images of beauty, strength in her physicality, and presence as a black woman and an unabashed sense of personal style but above all an amazing love for family and community and people in general.

For women, like Winnie Mandela who end up having to resist that compliant construction, instead there is a deliberate construction, as I have argued elsewhere, of a “selfin resistance to colonial/patriarchal order.” This is resonant in the idea of leaving (or staying with) the ‘Great Man.’ As other women who were married to world leaders reveal, such a decision is always fraught with drama as the subsequent activities are still always carried out in full public view. So in many ways, though their relationship ended after his release from his twenty-seven years imprisonment as a political prisoner,  Winnie had left the “Great Man” emotionally, although she continued to support him politically.

The life of Winnie Mandela and the end of that relationship for example is illustrative. Although Winnie Mandela had waited 27 years, it was not a passive waiting. Throughout the years, she tirelessly advocated for her husband’s release, created a movement in her husband’s name which in many ways almost destroyed her given the activist choices that were made in the face of the world’s last and most horrendous system of oppression – apartheid — was not seen still as having given enough. Recent filmic documentation from agents and operatives for South African government intelligence agencies reveal that they wanted her as far from Nelson as possible as he was being groomed for the presidency and once he became president.   In fact it is even clearer now that the apartheid state launched a campaign to malign her, through creating and placing horrible stories about her in the media which were then circulated worldwide and worse still through placing their agents in her security service who committed criminal acts attributed to her. For her part, Winnie functioned and aided the military wing of the ANC as one of its soldiers technically providing support for those engaged in armed struggle. She became the voice of resistance and consistently grew in confidence, in service and in articulation of the goals of South African liberation as outlined in its Freedom Charter.  The attempts to discount or trivialize her contributions, based on sexuality provides proof that women as leaders are more often evaluated in terms their sexuality than by their political contributions unless these are recovered and made meaningful by other thinking individuals.

Since patriarchy is so entrenched in societal thinking about women’s roles in political leaders’ lives, one of the ways that women have accessed power is through marriage to a “great man.” At times, they are ones who help to cultivate them along the way. Still, these women’s contributions are always minimized in order to reduce them to the role of appendages. However, in all the professional-political marriages I have studied, the wife has a particular skill set that allows the man to take his leadership to the next generation. In the Winnie Mandela case, she reports that Nelson called on her to help fund raise. While this was clearly an ulterior motive to get to meet her, he clearly recognized a certain sophistication and competence in her bearing and in her delivery of social services to her community, which he realized right away would make her the ideal partner for someone in his situation.

The Winnie Mandela case reveals the fact that black women have continuously exercised leadership in many different ways. This leadership has tended to be subject to historical erasure given the ways that histories have been written to privilege white/male power. So, until her passing, some members of a new generation in South Africa indicate that they were not taught about her contributions in the ending of apartheid.

Men who were leaders of major nationalist movements throughout the 20th century often had wives/women who were ideologically in tune with their various projects. Winnie was clearly one of these women and excelled I believe even beyond Nelson’s expectations. Winnie Mandela says in Part of My Soul Went With Him:

“So there never was any kind of life that I can recall as family life, a young bride’s life, where you sit with your husband and dream dreams of what life might have been, even if we knew that it would never be like that”

“I knew when I married him that I married the struggle, the liberation of my people.” (65).

Thus we see that there has been a consistent pattern of women contesting their exclusions, challenging attempts at dispossession and asserting the parallel right to occupy leadership positions, particularly when they have the credentials, experience and ability to lead. Since women’s contribution in twentieth century activist movements was often taken for granted, it made it easy for them to be written out of history in relation to the men in their lives. But in the Winnie Mandela’s case, we see a deliberate set of actions to defy being written out of history: an awareness of the place of black women in society; a conscious assumption of a political role in the liberation of her people.

Generic organic leadership of activist women like Winnie Mandela remains still further away from recognition. But I think Winnie Mandela created another leadership paradigm. Her trajectory without Nelson charts the activism generated by the understanding that the rights of women are fundamental to national rebuilding following the ravages of corrupt and violent male leadership.

This discussion has paid attention to the ways in which women like Winnie Mandela have written political leadership into existence and therefore have contributed to an ongoing understanding of some of the world’s current social problems as they pursued a range of cultural and intellectual advances. New and continued questions remain about the nation as a masculine construct, created for the benefit of male leadership. We continue to ask: What new institutions and leadership paradigms, especially in Africa, have really been created to take us into the future?

In her speech titled “Being a Black Woman in the World” delivered in Chicago, Illinois, for the V103’s Expo for Today’s Black Woman, we get a direct sense that her ideological orientation shaped by the black consciousness movement had a women’s rights component, indicated as follows:

Winnie Mandela, while identified as the wife of Nelson Mandela became the primary activist on the outside from 1962-1990, during the 27 years of his incarceration. So lets us raise in closing a hypothetical question: What would have happened in terms of delivering more progressive gains to black South Africans if Winnie Mandela had become the president of South Africa instead of Nelson? We will never know now. Perhaps state power corrupts and one is never able to achieve all that is expected when one takes formal political office. This is one possible reading of what happened to Nelson Mandela, when, as an elderly man, he became president after years of incarceration. So while we are happy for his release, still in a final assessment, we can say that in the same way that Nelson was denied this leadership for 27 years, by the white power structure of apartheid and then groomed for leadership in a way that would create a compliant process of transfer. For those same twenty-seven years, by contrast, Winnie Mandela a woman, denied the formal recognition that she deserved as the leader of the anti-apartheid movement in South Africa, nonetheless functioned in my view as an alternative, organic president, and as a consistent critic of the failures of leadership evident in South Africa still.

Recognized as perhaps the most significant woman who exercised leadership at critical junctures in her country’s history, perhaps staying outside of the official political structures, while experiencing the same pattern of hardship, denials, great pain and a series of trials and tribulations, that black South Africans experienced, gave her a different relationship to the larger community of South Africans and world citizens. One can see a certain poetic justice in her being named “Mother of the Nation.”