To be a Millennial is to Believe in Freedom 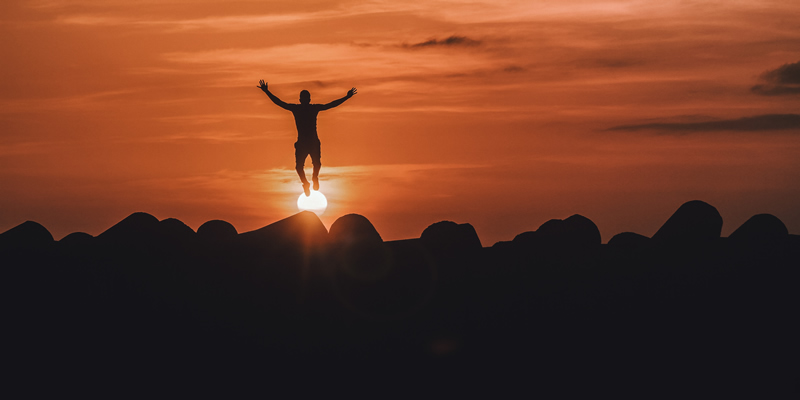 “We must begin to tell our young
There’s a world waiting for you
This is a quest that’s just begun”
~ Nina Simone, Young, Gifted and Black

By the age of nineteen, I had worked three jobs: the first, as a “fetch boy” in a cramped room at CMC Motors in Kisumu where all I had to do was wait for an order to be processed, and then run around looking for the spare parts required using the reference number; the second, was as a salesperson for Britannia which involved standing in a supermarket all day and trying to push their digestive biscuits to unwilling buyers; the third, general trade merchandiser for Unilever Kenya where I had to get into people’s shops and put up a display for the Unilever products.

I hated all three.

The first, I hated because I was seventeen and fresh out of school, having only finished my KCSE. I wanted to do other things that kids my age were doing – having fun, playing defiant and being reckless – but my strict, authoritarian mother would have none of that. The second, because they never paid me, not even to date. The third, well, I hated it because the supervisors and the management barked down at us and we all ran with our tail between our legs.

Then I joined the University of Nairobi to pursue a degree in law. For a moment, as a fresher trying to figure out stuff, my parents tried to make me study something else. My mother, who was more convinced that either I would make a good doctor or a better nurse than I would a lawyer, tried to persuade me to switch lanes. I was adamant. I wanted to fight for human rights, be the defender of social justice and, well, become rich. And for the next two or three years, I stuck to it and made strides; I volunteered for legal aid, I tried – albeit briefly – to participate in the moot court, I ran for office and won once, lost once.

Then during the end of my third year, I struggled with depression and anxiety. I folded into myself and became more of a recluse, missing classes and barely talking to anyone outside my small circle of friends. I listened to Suicide Silence, Dimmu Borgir, Cannibal Corpse, Children of Bodom and all the bands that either told me I deserved to die or I had nothing worth living for. And for a while, I believed them. I hated myself, I hated my family, I hated my friends and I hated, basically, everything.

My existence was characterised by the absence of colour.

I was in an abyss, surrounded by total darkness and there was nothing to hold on to even if I tried. The voices around me mocked me and however much I wanted to shut them out, I could not.

A friend, one of the few who understood what I was going through, told me to see a therapist. He would foot the bill and take care of anything else that was required. He had been there before, he told me. Another, one who I was closer with than the first, told me,

“You are not depressed. You just like whining like the rest of your generation. You are so entitled and when you are not given what you want, you act out.”

Those words, I must admit, still ring in my head each time I think about that period. Those words – and the fact that I hated being on Xanax and Prozac – made me doubt if therapy really worked. I went in for two sessions and left. I never told anyone about it.

I told myself that I would not be like the rest of my generation. I would not whine, I would not tell anyone my problems, I would not say I needed help. I closed myself off even more, making sure to lock out everyone. I became irrational, erratic, angry and impatient. I fought and argued with everyone around me. I blocked close friends who tried to reach out. The world had wounded me and I did not want it coming to tell me that it wouldn’t do it again.

Sometimes, the only way to confront pain is by interpreting the world differently. By looking at the world – people, events, ideas, et al – in a way that only you can comprehend. At that time, I found other escapes. The only one that makes sense to mention now is reading and writing. I read Virginia Woolf, Edgar Allan Poe, Sylvia Plath, Toni Morrison, James Baldwin. And I wrote letters to the world; ones they would never see. I wrote stories that made no sense to no one else but me. That was my way of interpreting the world. Of taking it all in. Of processing the events around me. Of living.

It was in that period of a low-high when I found my third job. An administrative assistant position in an organisation that dealt with human rights and international humanitarian law. The position, if I am to say now, required barely nothing from me. I was never assigned anything in the way of work and the stipend I got was actually decent. I moved out of campus and got my own place.

Loneliness, like the low wind at the foot of the mountains that carries with it cold that finds its way into the bones, crept in. Whereas in campus, even if I did not associate with many people towards the end of my stay, the mere thought that they were available to observe, kept me afloat. The fact that I could be my weird self and knock on someone’s door and talk to them for a few minutes then go back to my room, was a reality that no longer existed. That option was gone.

I folded into myself more, barely meeting or talking to people.

Then, slowly, I came out of that slump and started talking to and meeting new people. But almost everyone I knew was battling some form of depression, some ‘demon’ that they were struggling with, or some stagnation that caused them stress.

Is it just our generation?

I have heard it in person so many times. Seen it on social media. Read it in books. Heard it in music. Watched it on TV. People who occupy certain positions of power or influence saying how this generation – the millennials – are just a bunch of lazy, entitled, whiny, spoilt brats. I have seen them attack us for our political views, for our forms of expression, our existence, our taste and preference, our freedoms.

I am a millennial, I am aware, but I have never thought of myself in the lens described by these people. I would never regard myself as lazy or whiny. Just because I do not believe in the ideologies propagated by an individual loved and adored by people in my father’s generation, does not mean I am not appreciative of their contributions to the freedoms I enjoy now. Or, more harshly, know nothing about politics, an assertion that I have heard so many times when I, as a young Luo man, state openly that I do not believe in Raila Odinga’s candidacy in the presidential elections. In such moments, I have been accused of ‘selling out’ or being ‘ignorant of what he (Raila) has done for the Luo community.’

I simply recognise that despite his contributions and service to the Kenyan society, I do not share in the belief that he has to occupy the office of the presidency to be the statesman that he already is. Unlike my father who believes that he is entitled to the presidency more than anyone else in this country, I simply think that we exist in a system that blurs the reality and makes us believe that those two (the Kenyatta-Odinga dynasties) are our only options. I believe that the options are numerous and we exist in a flawed society that eliminates anyone who threatens to tinker with the pseudo-balance created by these two, pivoted by the irrational belief in tribe that we have. And who suffers? US. WE. YOU AND ME.

“You are just a child, you know nothing about politics.” He tells me.

And, just because I believe that people should be allowed autonomy and free will, does not mean I do not understand how religion and morality work. The fact that I believe people should be allowed to express themselves in the way they feel brings out the best in them. I do not believe in the unnecessary sanctioning of forms of expression that people like Ezekiel Mutua are so eager to commit. People whose deliberate intentions are to deny and erase narratives of minority groups like the LGBTQ. People who would rather police freedoms than find ways to create a world where coexistence is a reality and mutual respect is achieved.

That does not mean I am clueless about the limits to certain forms of expression. Furthermore, if we had an efficient system of governance, we would be able to discern and distinguish the unruly, uncivilised and ungovernable from people who are genuine in their pursuit for freedom to exist in the way they truly know best. To people whose expressions do not interfere with other people’s existence. An unjustified limit to an expression, I believe, alienates and frustrates the members of society for whom that expression is vital.

The conclusion, mostly by members of the Generation X or the Baby Boomers, that millennials are lazy and entitled is an unfair generalisation that seeks to vilify a generation struggles to keep up and stay afloat in a world that moves so fast. There is an information overload from all the technology that we interact with. And in the age of social media that relies on us keeping up with – sometimes – faux lifestyles of celebrities and friends who, by virtue of their access to certain spaces, make others feel as if they are not doing enough. Not living enough. Not good enough.

And yet, and yet.

Amidst all this, there is the pressure from our parents (Gen Xers, Baby Boomers) to achieve, to be better than the rest of your generation. To stand out. To compete. The whole idea of being the best even if nothing else remains afterwards, to fight even when you are left with nothing at the end of the fight, is a scourge planted amidst us by the same parents who would rather call our generation lazy, entitled and whiny.

No, we are not any or all of that.

We are the children of the brave new world.

To be a millennial is to believe in freedom. To acknowledge that the ideals that make up the society should not erase or ignore certain people whose existence are in/within/revolve around the same society. It does not mean I am ignorant of the moral fabric of the society, but it allows me to believe in recalibration or readjustments of the society and to re-evaluate what works to include the largest number – as many as everyone – into this society. To ignore binaries. To constantly avoid a monochromatic, single-lensed view of life. To me, as a millennial, the hope is to exist in a kaleidoscopic society where each and every one of us is represented on the canvas of life. Not to be erased. None of that. Instead, to be acknowledged, to be respected and valued, to be – alive.