I am an immature African adult in Kenya 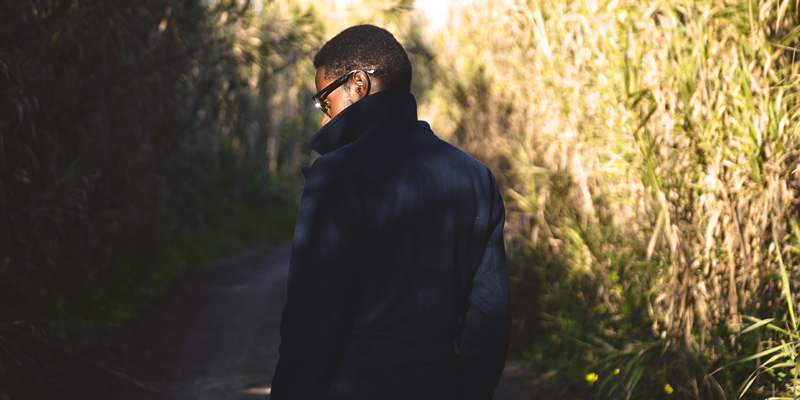 In my country Kenya, being a ‘youth’ officially ends on attaining 35 years. Once one gets to this age, you are no longer eligible to benefit from the ‘affirmative action’ policies and laws put in place to ‘uplift’ young people as a disadvantaged demographic. Mid this year (2018), I shall be officially departing from this privileged/non-privileged section of society. I therefore find it apt to reflect on the experiences I have had, in my 35 years of existence, and whether I have come out of the experience as a mature adult Black African Man as expected by this neocolonial state called Kenya.

Kenyan state, since independence, has embarked on a continued project of manufacturing young people designed and styled to be of service to western imperialism as well as neocolonial and neoliberal interests in this region of Africa.

Independence came after many movements of resistance against colonialism and subjugation from almost all of the indigenous nations/communities within the country (the most well-known being the revolutionary war waged by the Kenya Land and Freedom Army – MAU MAU). But opportunists who delivered a ‘negotiated independence’ for the people of Kenya hijacked the liberation struggle.

Negotiated independence has been hollow, existing in name only. It was an independence that assured the departing colonial masters of the continuation of Project Kenya. It was secured after the colonialist had already developed a cadre of compradors, strong enough to maintain their exploitation of the natives and their resources.

These compradors immediately embarked on a systematic mission of undermining, delegitimizing and destroying any form of independent and liberating institutions, thought and spirit that had existed prior to their installation. For example, attempts were made to undermine, and in some cases remove from existence as well as history, independent schools, churches, political parties and movements including the MAU MAU. As seen below where the official ban on the Mau Mau was lifted 50 years after colonial rule.

The Kenyan Government has decided to legalise the Mau Mau, the movement that fought colonial rule, over 50 years after it was banned by the British authorities. The decision, announced by Kenya’s minister of national security, will allow former Mau Mau fighters to register as a society and end the stigma that has hung over the movement, even after independence in 1963. [1]

It was in the interest of the departing colonialists and the installed compradors to maintain the status quo that benefited them immensely at the expense of the majority of citizens who had a clear vision of what their struggle was about –gaining back their land and dignity and ending the humiliation of white settler colonialism which dispossessed native black citizens and treated them as the lowest forms of humans. Compradors were black natives. This signified some kind of psychological victory for majority of citizens. This was exactly what the creators of the Kenyan state wanted at that time.

Barely three generations of Kenyans have been born since 1963. I can characterize myself as belonging to the second generation of Kenyans born since independence. I can confirm that as I look back in retrospect, mine and the other two generations before and after me have been through an education system that is anti-black, dehumanizing and misogynistic.

The education system is a complete whitewash. From elementary school, black children are subjected to a skewed historical background that defies even common sense. For example, African children who live on the slopes of Mount Kenya will easily recite the names of white settlers who “discovered” everything in their surrounding including small creeks and streams. Equally, those living on the shore of Lake “Victoria” will do the same. These are the areas in Kenya that have received most exposure to formal education. Inversely, you will not find such absurd situations in areas such us North Eastern Kenya where the exposure to formal education has been minimal. Some of this has changed over time from basic reforms. However, the overall philosophy of the education system is still as intact as it was before independence. This is the philosophy of creating serfs at the service of empire. This education has continued to create a carder shackled at the service of the departing colonialists, first through dependence for the survival of their privileged positions, but ultimately now through primitive accumulation of wealth and power.

I started my formal education in 1990 in an urban school in Nairobi. I went to school under a new educational system called 8-4-4 (8 years of primary education, 4 of secondary and 4 years at university or tertiary education).

Geography, history and civics education are the channels where, in my estimation, the software or fabric of society was supposed to be installed. It is through history that identity is built, geography and civics are all part of the historical development of a people. As I look back to the kind of history we black children were taught with the benefit of hindsight, I can clearly identify the deliberate and systematic design to strip away my African identity at that early stage of my educational development.

For example, even though the struggle against colonialism in Kenya was, in essence, an anti-imperialist struggle against racism and capitalism (though the socialist stance of great leaders of the Pan African Movement such as Kwame Nkrumah and Julius Nyerere), a pan-African struggle in solidarity with all other global anticolonial struggles such us membership and leadership in the Non-Aligned Movement, it was presented to us lacking all these nuances. For me learning about history was learning that Initially MAU MAU were presented vicious terrorists whom the benevolent white man was forced to deal with, as HE negotiated with sound reasonable black MEN on how to make a peaceful handover of the state to these reasonable MEN.

In retrospect, this was a completely dehumanizing history. It taught me nothing about my people, or myself but everything about how the great the tormentors and oppressors of my forefathers were.

All the great leaders of our people, Waiyaki Wa Hinga, Mekatilili Wa Menza, Koitalel Arap Samoei, Dedan Kimathi and many others were mere footnotes in the historical landscape of Kenya, according to this education that I received. Indeed, most of the time they were represented as odd, sometimes mad (especially the women) people who went against the grain and did not know what was good for them, or at best, were opposing the inevitable.

After going through this ‘history’ of my country, I went for the 4 years of secondary education where history and civics ware optional subjects with little emphasis placed on their teaching. I can remember, however, reading in my literature classes some history.

Quite unsurprisingly, it was literature that gave me, and most of my generation, the first glimpse of a nuanced history of our identity. It was through reading Ngugi Wa Thiong’o’s Matigari ma Njiruungi that I was first exposed to Marx and issues of class struggle. It is through the Eyes of Chinua Achebe’s Things Fall Apart that I started to understand the Western disruption of pre-colonial Africa, a society already ‘developed’ with its own traditions, culture and identity. A dynamic society that already understood what was beautiful. I read Okot p’Bitek’s Song of Lawino and realized how the brief disruption of the development of my people by Western imperialism completely dehumanized us and robbed us of our own identity.

In university, I was drawn to literature and continued with my exploration of my identity and culture and I have subsequently been drawn to work that has enabled me to continue on this journey.

I have a son aged five years. I remember around the time of his birth there were stories in local dailies of a Member of Parliament who had hired a nanny from London to take care of his newborn son. The reason he needed one from London was because he wanted his son to grow up speaking with a proper British accent. Indeed, speaking in the proper ‘Queen’s English’ is still considered a mark of intelligence among middle-class Kenyans today.

I have quite a number of relatives who take pride in their children being able to speak (not even write) in “proper English” only! On family gatherings, we usually have three levels of conversations going on simultaneously: the older folks and those who grew up in the rural areas would converse in Gikuyu, my native tongue; my generation and those who grew up in urban setups will converse in a mixture of Gikuyu, Swahili and English; while the millennials will convers entirely in English (localized).

Our media personalities (many of them people of my generation) speak with a lot of pride and excitement on our countries ‘ties’ to the British Royal Family – the queen acceded to the throne while on holiday in Kenya. Kenya’s mainstream media reproduces nearly every news item about the Royal Family. It pains me…

A few years back there was a spate of attacks on women deemed to be ‘indecently’ dressed in public in urban areas – this in a country where in some parts women and girls still walks around topless. Actually, only 60 year ago, this was quite normal in any place in Kenya. Values of modest dressing are however a big part of schooling in Kenya. Long hair can get you expelled from school!

Well, I think the state failed me in my development. I am now an immature Black African adult in Kenya. I end in asking this question, how can an adult man having gone through the education system in Kenya, believe and work towards the progress of this state as currently constituted? It is designed not to serve us but as a vassal to serve the interest of others and this needs drastic change!