Laughter in a time of angst 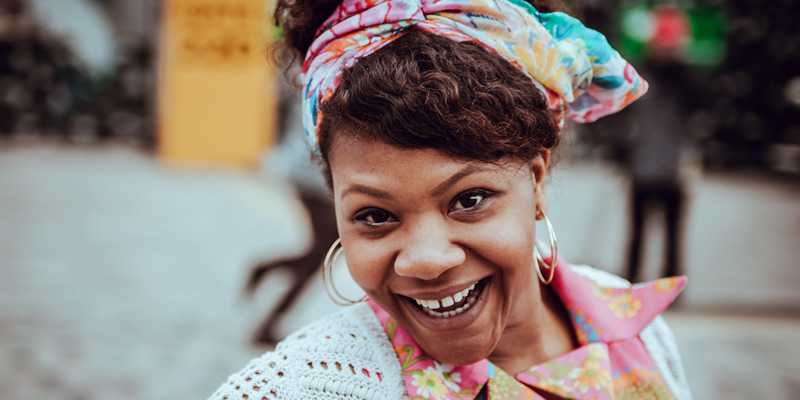 I wanted to write about sex. My theory was that Kenyans are having more of it. It is one of the ways we deal with the onslaught of political and social trauma to seek out intimacy. That in order to go out and live life every day, we numb ourselves to the pain of what is going on around us. And so we self-soothe. We seek out pleasure. Release. We look for moments where we come alive. Where we can escape. Where we can feel human in a country that too often dehumanizes us.

However, everyone I spoke to about this theory had the same response:

Yes, we like to laugh. We take pride in our wit. Less than an hour after the latest political scandal breaks, the twitter army unleashes a battalion of memes that swiftly make their way via WhatsApp to parts of Kenya that aren’t on social media. And we laugh. In our offices, shops, roads, shacks, mansions, matatus, cars, boda bodas, we laugh and it makes us feel good.

But do you remember what we were laughing about last?

I think about how laughter has become such an integral part of the national coping psyche that it is now standard practice for radio stations to have a comedian on air in the morning to soothe our commute and distract us from our distress.

When I speak to the comedian and radio presenter Jalan’go (Hot 96) about this, he tells me what we already know; that Kenyans love to laugh about their problems. That we find solace in comedy, but that even as people laugh, the pain is still there. He doesn’t smile. It’s very dangerous, he says, because you drown yourself in temporary happiness but you can’t run away from your permanent situation. He is so different from the Jalan’go I just saw bouncing up on the stage, wisecracks spitting out of every corner of his mouth, laughter bubbling from his belly. He is quieter. I ask him if he thinks we are in a state of angst. He doesn’t hesitate before he says, we are not peaceful, we are calm, but make no mistake we are broken to the core.

I remember performing on stage at Kigali’s Genocide Memorial Museum. Five Kenyans exorcising the ghosts of our post-election violence. Our heads down as we recited Sitawa Namwalie’s poem,

Would you wield a machete in Burnt Forest,
Cut a stranger down?
Slash a man as he pleads with you for life,
Lead the crowd baying for his blood
A human being!
He cowered and cried out, bleating like a lamb
Innocent of any crime
Death unwilling to take him,
He died long and hard, way before his time
His blood waters your farm like acid rain
Would You?

The audience laughed. Not just giggles. Outright laughter. And we were confused, us Kenyans would be. How was this funny? How could a country like Rwanda, so intimate with this kind of pain, find humour in it?

But then later, I remember being in the audience at the Kenya National Theatre watching a scene take place in Nyayo Torture Chambers from the Too Early For Birds show. The killer held a knife. He spoke about the unspeakable things he would do with that knife. And people giggled. The laughter spread. And I wasn’t confused anymore. This was a way of taking back our collective power, of laughing as a form of rebellion.

Because if you get the humour, you share the pain.

I remember as a teenager, watching the grown-ups convulse in laughter as Nyambane danced like the man whose name we couldn’t say out loud. How did we go from whispering his name to laughing in his face? It’s the beginning of the end, I heard them say.

Like many in my generation, we had grown up studying the way our parents’ mouths shifted on their faces. The biting of tongues to stop from saying a thing that could get you disappeared. The sucking of teeth as the country’s coffers drained into the pockets of politicians. The twisting of lips in anguish at the humiliation and pain of living in a country that seemed bent on trapping you in perpetual survival mode. But every now and then, reading Wahome Mutahi, looking at Gaddo and Maddo’s comics, watching Redykulass, the closed mouths grew into grins. Then cracked into chuckles. And so we learned, us young ones, that if your country is opening its mouth to eat you up, you too open your mouth and laugh in its face. We learned that when you wake up in the morning, and every morning brings a new wave of crap that sits on yesterday’s pile of crap, rotting and festering into one massive heap of crap that oozes into your skin and starts to dissolve away hope, you find a way to laugh. We learned that laughter was a way of practicing hope instead of hopelessness. Because if you can find humour in a traumatic situation, perhaps somewhere you see the possibility of it changing. And that is hopeful.

The purveyors of hope when we were growing up were armed with biting pencils and gnashing pens. The work of those satirists opened our eyes. It was dangerous work. They criticized the politics of the day in a way that nobody else dared to do. They spoke the things we couldn’t. And I began to understand how powerful comedy was. Because when the ridicule was exposed, in between our laughter, we too saw the situation for what it was, ridiculous. Not infallible but Ridiculous. And when something ceases to be infallible, it can start being broken down.

Yet things didn’t transform the way we expected them to when the big man fell. There were other big men. Always so many big men. And in the moments of helplessness, when they were stealing everything, including our freedom, there was one thing we refused to let them steal. Our sense of humour. The one that belongs to the Kenyan people. The one that is rooted in such deep pain, inherited trauma and in such perpetual angst, that all we can do is hide it in memes and gifs and lols.

But there’s a difference between using humour purely for entertainment and using it as a way of exposing truths. I worry sometimes that we’ve got stuck in the ridicule. In the slapstick and accents. Because how do you satirize a country where the absurd has become the normal? Yet for every meme or routine that soothes and temporarily heals, we also need to pay attention to the humour that digs deeper, that excavates, that investigates who we are and reveals how we got here, humour that tears down so that we can begin to build.

Scientifically it makes sense that we are so desperately drawn to the mindless laughter. When we laugh, endorphins and dopamine are released; the chemicals that make our bodies feel good. And so we stay chasing the next high. But maybe it’s more than that. I read about how the use of humour literally calms down the amygdala, the part of our brain where fear sits. How it helps us change the way we see something threatening, to reframe it so it doesn’t seem quite so dangerous. And yet perhaps that’s where the greatest danger is. Maybe we need to be alive to just how dangerous a time we are living in, and not to let that go.

Elsewhere, I read how laughter is perhaps simply a release of nervous energy. I think about how living in Kenya feels like being in a pressure valve. And with each laugh, we let go of a little-repressed emotion, we release a little of that tension. So important national conversations become a punch line. And the politicians know it. They take advantage of it. They wait for us to crack the joke, so we can process the situation in the way we know how, and then accept and move on. Until the next scandal emerges, the next meme makes its rounds. And the outrage is diffused. Yet I suspect it is only our outrage, not laughter that will save us in this time of angst.