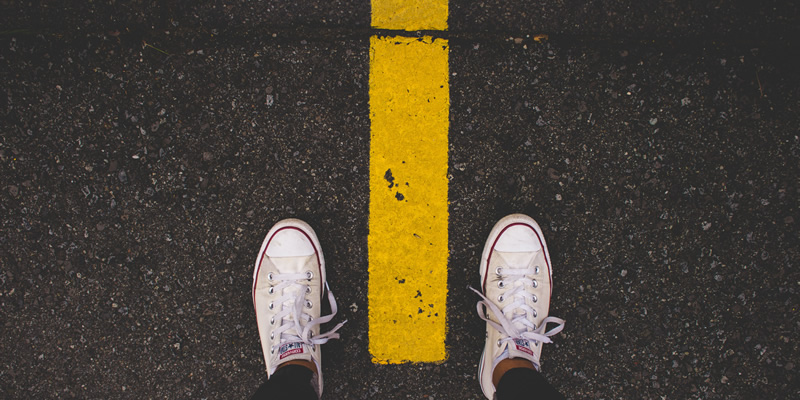 “I resist fanatic nationalism. We die for the flag, and who dies? It is the poor, not the rich.” – Nawal El-Sadaawi

There is something about being alive at a certain age when certain events happen. The consciousness alone makes you feel as if everything you have observed since childhood has been a build-up to this singular moment. And the awareness to be able to say, “I was alive when this happened.” That is how I felt about the 2017 elections. The build-up, the climax, and the inevitable anti-climax all informed me of my role in the society, making me realise that despite existing in the same country, we are still very far from being a nation that endures and thrives in its commonality while cherishing the differences.

The man in the orange jumper stands to my left and tells me he is hungry. I roll this sentence in my head and wonder what I should do with this information. He proceeds to ask if I can give him something small for a meal. I keep walking. A bus hoots as it leaves the stage and while reversing, it temporarily blocks my path. The man is still with me, his breathing louder and closer to me. He tells me to slow down, I don’t. I have known not to talk to these types. Then he grabs my arm and tells me,

“You know we don’t like hurting people but if you don’t give me something, I will kill you.”

My heartbeat is the sound of a drum inside my head. I pause and regard his face – oblong, whistle nose, stubs of hair on his chin and dreadlocks that jump from his head and fall on his shoulders – as one regards the face of an adversary. It is no use fighting, I know I won’t win. I reach into my pockets and hand him a creased, aged two hundred shillings note. He takes it, shoves it into his pocket and tells me that’s not enough. I am taken aback by the audacity. “You know, we are too many and this won’t be enough.”

That is when I feel the second man to my right. I do not turn to face him. His voice is all the face I need; groggy like he is just woken from a deep sleep.

“Ongeza pesa brathe.” I am hesitant to add any more money. It’s that time of the month and I only have 2,200 on my person. If I give it to him, I will have nothing. But better to have nothing than not be alive, right? So I fish out the 2,000 shillings and hand to the man in dreadlocks. He tells me, “Tafuta zingine.”

“Sina.” I retort. My heart sinks to a place of despair.

A third person has now appeared – tall, lanky and with breath that is the stench of something rotting. He places something round, metallic and cold around the lower part of my back and asks where I am coming from. I tell him that I am from school. He grabs my backpack and asks if I am carrying a laptop. I am terrified and I nod. He asks if I love my life. I have never thought of an answer to that question. What does it mean to love your life? I tell him, I do and hand over the backpack. Inside: Everything I can lay claim to as a student. All gone within a moment. People stand around and look at me being stripped of my possessions and dignity.

But this is Nairobi, and to intervene is to interfere; something that may cost your life. So they all witness and participate as accomplices to the vile act. The participants, the witnesses and the participating witnesses are all victims of a broken down system that no longer cares about the existence of the same people they are meant to protect. A government that once elected into office, ceases to care about anything else except power.

I am alive at the end of it all, when they run back to the dark alleys where they are bound to split my belongings like the scavengers they are. I walk towards the bus station. I feel dirty, violated, threatened. I feel as if a huge chunk of my being has been yanked from me. All the hard work, slipping through my fingers. I mean, what’s the whole point of working hard when it can all be taken away from you in the split of a moment? In the weeks to follow, several friends of mine lament on social media about the rising crime rates. They all report having been stripped of their phones, laptops, cameras, money.

A few minutes before this incident I am seated with a friend at a cafe along Kimathi Street talking about how in this country, everything seems to be geared towards killing the people it’s meant to protect (paraphrase). A bleak conversation that morphs, folds, moves away and ends in laughter.

I get home and call my mother. She comforts me and tells me I am lucky to be alive. I know what she means. Two weeks before this incidence, I wake up to the news that a Facebook friend of mine attempted to resist being robbed and he was shot. The concrete that lines the floor of the city, like the vampire it has been trained to be, drunk his blood and vomited nothing back. That is why I am lucky to be alive. Equating existence to valuables. Not ideal. But in this city, nothing is ideal.

I tell my mother that I want to leave Nairobi. To go to Kisumu, to surround myself with familiarity and safety. Her voice, on the other side, “During an election year, nowhere is safe.”

The queue at the polling station snakes and winds without regard to the biting chill that finds its way into the bones. People – young, old, tired, restless, energetic – stand like stacks of old batteries ready to be knocked down by a stone in a children’s game. Perhaps it is the way that people rise early to join the queues, with some sleeping at the polling stations, that makes me wonder if they truly believe in the electoral system or they cling to the hope that by casting their vote, they will finally have a say in how the country is run. Either way, I think it comes from a place of obligation. The question is, to who is this obligation owed? For some, tribe; for others, class. How many can truly say this obligation is towards the country – inspired by feelings of patriotism?

At dusk, we get into a car and head for our rural home. “This place will not be safe.” My mother to my father in the hope that it spills to us. She has bought packets of unga, rice, omena, and cooking oil in readiness for any eventuality. Her voice is a blunt object drawn over glass when she tells me, “There may be a war this time.”

I start thinking about this possibility and I wondered where would be safe. I left – ran away from – Nairobi in the hope that Kisumu would provide that cushion against the horrors of the world, but the days after the elections have shown that sometimes, as a citizen, you try running away from the thieves, thugs and vagabonds only to meet the police and the distinction, I have realised, is near non-existent.

The elections are gone, but the politics is alive and the vigour that accompanies it is felt nowhere else than in the city of Kisumu. The sons and daughters of the lake are charged politically and the news that the Opposition leader, Raila Odinga, is to be sworn in is all that is on the tongues of the residents of Kisumu. Living in Kisumu has opened me to the awareness that the people around me have deliberately refused to acknowledge the election of Uhuru Kenyatta, instead choosing to believe that the election was won by Raila Odinga and he, rightfully, ought to sit on the ‘throne’. When met with economic hardships, I hear the people around me mumble, “Uhuru has spoilt the country. We wouldn’t be having this is Raila was the president.”

I am too young to understand the enigma that is Raila Odinga. Being born in the 90s denies me the ability to share in the love or disdain that people seem to have for him. The bits I know about him is what I have read in the history books, newspapers, seen on TV, heard on radio and fed to me in portions by relatives and family who have an inkling of how he came to be who he is. And much as I am cognizant of the contributions towards the democratic space we enjoy now, I do not share in the enthusiasm of my parents who tell us to keep quiet every time Raila is on the TV. They believe he is the only one who can bring the much-needed redemption.

Like my younger brother who doesn’t understand why we couldn’t just Mpesa someone when we talk about the hardships of sending someone money in the early part of the millennium, I am detached from the voice that is Raila Odinga. The detachment, I believe, comes from the fact that as much as he has always championed the ideals in the society and most times spoke for people of my parents’ generation, I believe he no longer speaks to me and the people of my generation. The frustration is even more apparent when as a young Luo man, living in Kisumu, I have to navigate spaces where he is constantly the discussion. My parents look at my siblings and me when we say we don’t get the whole ‘Raila-mania’ and they wonder what they did wrong in parenting.

Perhaps, this ‘Raila-mania’ is their way of coping with the reality that is not shared by us.

What does it mean for a man to have a cult personality that draws thousands and thousands of people to him like moths towards the Optimus™ lamp? At what point in a man’s life does he achieve god-like status to the extent that people – other men, women – are able to lay their lives for him if it comes to it? These are questions I am unable to answer.

Someday, the hope is, I will be able to understand.