There is a fire in the valley 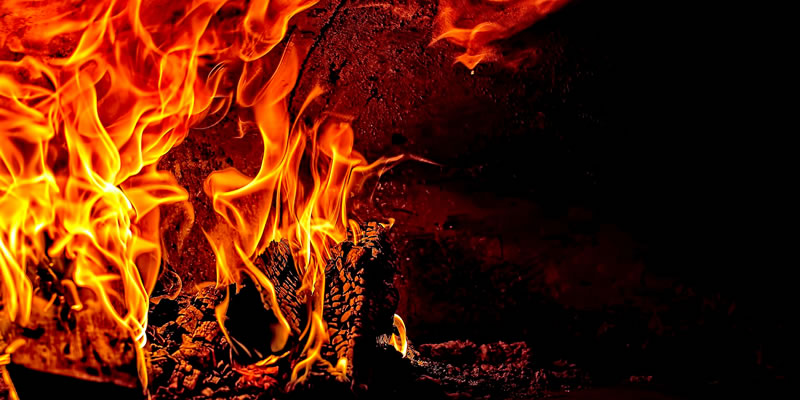 I grew up with barely any assurances and almost no sense of security, whatsoever. Do not, misconstrue what I mean by security or assurances. There is hardly a trace of either one when one is raised in an environment that offers absolutely no guarantees of safety in your home, of your home and your life. I have to admit this from the outset or else the story I am going to tell will make no sense.

The very first time I ever encountered a community fire outbreak, I was only four years old. It is crazy how clearly I recollect the chain of events from that fateful night. I had been sound asleep when all of a sudden mama stormed into the house with two men. Each one of them was restless and troubled. They quickly grabbed me, tossing me out of the house, and then hurriedly began emptying the single room. Outside, I realized people were in the midst of battling an incredible conflagration but to no avail. Calls to the fire brigade service bore no fruit. It was catastrophic in its trail of devastation. Options for water sources were very limited as well. The inferno raged on and on. It grew huge, orange and angry that resolutions were quickly made to empty and demolish the houses in the line of fire, in an attempt to stop it from spreading its wrath any further.

That day, it was the people who answered the plight of the people; and they did not lose heart in the face of dire challenges such as lack of response from the authorities, nor did they sit around helplessly. As a matter of fact, the fire brigades were greeted with overwhelming hostility upon late arrival to the scene, hours after the fire was put out.

Yet, this is sadly the normalised narrative and recurring story of these socially marginalised neighborhoods twenty years on. There is no counting just how many families have ended up displaced by home fires across the years. It is a harsh and unfortunate reality, that people have been forced to live with. The implication of being a simple Kenyan slum resident is to embrace the uncertainty of one’s life. Nothing is ever guaranteed. In the heat of a roaring fire, the community responds with speed and the subconscious division of roles is efficiently remarkable. For young men, all roads lead to rooftops as the first line of defense against fiery flames. It is the young men, the bravest and the strongest, who must face the heat. Others are kept busy cutting electric connections while some help evacuate houses, demolishing them if need be. Most of the women engage in finding water for the men to fight fire with. They form elaborately long queues at every water point within vicinity, jerricans, buckets and basins in hand. The buckets are passed from one person to another upon filling, up to the fire, and back. However, finding these water points is not without difficulty. It entails bursting lots of pipes, scooping water from the filthy tiny rivulets, “mitaro” or going all the way down to the shallow turbid and sewage infested Mathare River.

This is the struggle that goes on for hours on end while calls to the fire brigades never bear any fruit. The frustration of helplessness in the face of a fire can be overwhelming. The role of children is mostly to watch family belongings – kids are regarded useful if they keep a safe distance from the scene of the fire. Loss of focus is not a luxury anyone can afford. Even as a child, you are expected to pay attention to the job at hand. Staring in one direction dazed or even looking unfocused is an insult to the ‘men at work’. In case you get tired, the most reasonable thing to do is leave room for someone else to join the battle. The struggle carries on until the fire subsides. Then the tumult of shouting and mourning from the crowd follows. It gets quite tense and the air chokes you with not only the billowing black smoke but also the silent curses of residents, recounting losses. Where there has been a fire, it is only the ashes that remain.

On 24th December 2017, I visited my mother and siblings at our home in Kosovo, Mathare in the evening to share in the spirit and cheer, symbolic of a blessed Merry Christmas to follow the next morning. From a distance, Kosovo slopes down an elongated view of shanty houses made from rusted corrugated iron sheets that hide its wooden skeleton. The community is vibrant and you find happy kids playing everywhere. There is a cacophony of noises and smells. You will also lose count of the small businesses along the main path mostly selling street food. Solid cement structures are rare here. One particular thing that stands out is how closely packed these houses are. Some even threaten to topple over others! The pathways between houses allow minimal, if any, space to walk. Then there are electric wires interconnected through houses without much care, mostly illegal connections. They dangle precariously but hey, I mean – people need access to affordable electricity down here too, right?

My two little sisters, Njeri and Wanjira, were overjoyed to see me. I could tell they were eager to share their latest stories. It was written all over their bright eyes, sheepish smiles and glowing bright faces. Wanjira made elaborate attempts at trying to make me jealous over of her newly bought Christmas outfit. She was emphatic about how the following day mum was going to take them to meet cousins at my aunt’s place in Ruai. This, according to her innocent boasting, was going to make for a perfect fashion duel where we would compete for the prize of the best–dressed-family-member. Listening to her, I could only marvel at her newly acquired ‘expertise’ in the fashion industry. She is quite something, this little sister of mine and I love her to bits! Besides, this is the main reason why we all usually find time to go back home to savor the immense gratification that comes with seeing those you care for exuberant and full of life.

At around 6 am the next morning, I received a call from my mother. She was crying. There and then, I figured this call was not about to be a Christmas greeting or anything along that line. Nobody ever calmly adjusts to a mother in a state of distress. It is a tough pill to swallow. She started on how that night, not so long after I left home, Kosovo went up in flames. I could taste the bitterness in her voice as she recounted how she became one of the victims of a fire that robbed over 200 families of their homes. I was greatly troubled listening to my mother over the phone.

So, I took the road and rushed back home. Home! See, that’s funny now because when I got there it was a vast darkened field filled with smoke, dust, burnt iron sheets and confused devastated people. There was no one who had managed to rescue anything. It took strength to come to terms with the bare facts. Imagine! All those years of hard work, savings and sacrifice to buy household items went down in the inferno. Just like that. My mother was gutted and I totally unable to console her. When Njeri and Wanjira ran to my embrace crying, my stomach churned. I swallowed hard. Of course, they kept lamenting the bad fortune that befell them on Christmas and how awful it felt to learn that their special Christmas dresses all burned down to ashes.

My family was hosted by another family for as long as was required to regain stability. This is the usual order of business for the victims of Mathare fires. It is through this communal sharing of problems that most people even find the strength to keep going. This virtue of compassion and resilience never makes it to the breaking news bulletin. In the aftermath of a fire, the following week involves a lot of reconstruction and an attempt at new beginnings. To most, it means starting life from scratch. From bare bones and ash. Even so, you are still never assured of safety or survival, for the threat of an inferno is never too far from becoming reality. This is a kind of recurring dilemma you have to constantly grapple with. For instance, since the Kosovo fire in December 2017 that my family was caught up in, two more fires have gone down in Mathare’s Mlango Kubwa ward and Mabatini ward in January and February 2018, displacing a sum of about 600 households altogether and claiming lives of 6 young children. So, people are forced to live with the constant fear of losing their belongings and the lives of their children. No one dares buy any valuable household commodities, in an environment this volatile.

I am a sad young fellow, with reason. Not because my family lost everything to the fire (Although that is a plausible reason by all means) or because my two siblings missed their much anticipated Christmas treat; but because this fire, all Mathare fires are symbols of normalized social injustices that have become part and parcel of communities living in informal settlements. Very little is ever done, other than pity, to address them because it is normal for shanties to be razed in slum fires. This same script is applied to all other forms of social injustice afflicting slum dwellers. It is already a miracle attaining the age of thirty as a young man living in Mathare. It is either by grace, bribe or constant running for your life from the police. Criminal or not, to survive, you have to learn how to accurately discern a killer police ‘Probox’ car and avoid heading into harm’s way. An encounter with the ‘Boys In Probox’ can end up badly, as a young man on the ground, bullet in skull.

Having been born and raised in Mlango Kubwa, Mathare, I have had to make choices in how I live my life. Some choices are obviously tougher than others to make, but they are choices I must make regardless. And there are consequences for each decision. Concurrently, I have learnt so many lessons first hand. To survive the scorching flames of injustice, the most powerful weapon we have is each other, and our collective voice. The same way these recurring fires devastate our lives, smothering our hopes and dreams, is the same way recurring social problems burn our spirits down to the ground. The same way we put out infernos and muster the strength to reconstruct our dwellings, so shall we face and tackle any social injustices inflicted on us, consequently rebuilding an ethical community for our lives today and the lives of our children tomorrow. That way, we will not only be fighting for our human rights, but also for our humanity. Meanwhile, someone tell Santa that my two little sisters did not enjoy the Christmas fireworks.