Would you really die for Raila? 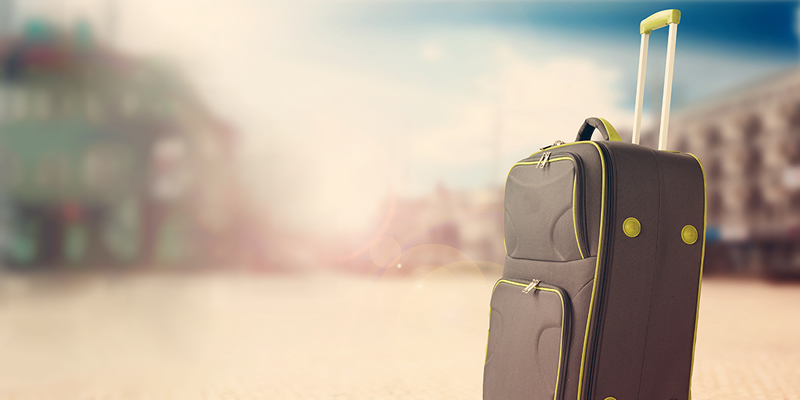 I packed my belongings and left. Found myself heading west. Kisumu. Home. Away from Nairobi, the green city under the sun. Funny, that once all I wanted was to get out of Kisumu, move to Nairobi and feed on the proverbial green grass but the past years have left me with an itch that has been hard to ignore and I scratched it finally by moving back home. I had been disappointed by Nairobi. I had not seen the green grass. The monsters that lurked the dark alleyways of the city had ravaged me, and I had to find a safe place to lick my wounds and recuperate. I called my younger sister in Kisumu and told her to get me a place where I would move.

But the Kisumu I was seeing being shown on the TV and in the photos circulating on social media (posted, shared, tweeted, retweeted, forwarded) was not a place I, or anyone I knew, wanted to go to. So I fought the itch. Ignored it. But like a rat with small daggers for teeth, it bit into me. And so on a rather uncharacteristic sunny day, I found myself travelling home. This, exactly a week before Jamhuri day, a day that had been circled on the calendar as the date for the swearing in of the former Prime Minister and Opposition Leader, Raila Odinga by members of the National Resistance Movement. This news had spread a bad flu all over the country and no one knew exactly what to expect. And yet, I was going home.

In the wake of this, my friends tried to dissuade me.

Kisumu will not be safe. If Raila gets sworn in, GSU and Mungiki will be sent to kill you. Words that bounced in the halls of my head, spilling fear into me every single day. I fought hard to ignore them but deep inside, the fear was welling up, unfurling and blooming like a black rose and all its thorns. The date of the swearing in was coming close and all over the town, the only talk was that of a coup d’etat for Raila Odinga to take his rightful place as the leader of the country. A coup was wrong. People would die. But Baba’s victory had been stolen from him and he was justified in swearing in himself as the President. I sat in the midst of uncles and aunts who talked of nothing but the swearing in ceremony.

Then the swearing in was called off. Postponed.

“This Baba is not serious.”

“We were ready to lay our lives for him and he leaves us like this?”

“Baba has left us hanging.”

The public outcry, fed to me in bits by Titus, my boda boda taxi guy as he took me to the office every morning. I sat at the back, silent on most times, the wind cutting through his words and blowing them away. I had so many questions I wanted to ask, but this was a man who was ready to lay his life down for another man and I had to be careful how I broached the subject. “Would you really die for Raila?”

I asked, my hand gripping the metal railing that lines the seat. He was silent for a while and I thought he had not heard my question. I was about to ask again when his words came with the wind,

“If it came to war, I would move to another country.”

“Where would you go?”

It was only after Titus asked this that I realised I had voiced my thoughts.

“I don’t know. Uganda. Or maybe Tanzania. I have friends there.”

He scoffed, increasing the speed of the motorbike. Had my statement offended him?

Excuse you? Unspoken. Instead, I laughed nervously, the laughter escaping my lips and disappearing before me.

“Yes, you are a coward because you’d leave your country to go hide in another person’s country. Who do you think will fight for Kenya if we all run?”

I caught myself before I could add something else.

“Yes, I will. I will stay here and fight while you run. But even those places you are running to, people had to fight to make them better.”

He navigated a corner. “So that cowards like you can now run there.”

I had had enough of the insults. I knew where he was coming from really, I understood. But the word coward fell on me like a sledgehammer and I did not have a defense. I could have unleashed my arguments riddled with big English words that would confuse even me, the speaker. Instead, I chose silence. I turned my gaze to the left and spotted the sign, B.PENDO HIGHWAY, written in dripping letters that communicated the urgency: the writer must have been doing it in fear, or in a hurry, or they wanted to get done with it all at once. Underneath it, the old name – Jomo Kenyatta Highway – struggling to be seen. Eclipsed, but a few letters fighting to come to the fore. A few metres from there, a new name painted over the words Jubilee Market – Orengo Market. Barely a hundred metres along B. Pendo Highway, the shattered glass walls of Naivas Supermarket, the constant reminder of the violence the streets speak. The constant reminder that revolutions, as Titus and the others call it, are things that come with consequences. Consequences that one must be prepared for.

The motorbike comes to a halt and I hand Titus a hundred shillings note. He folds it into four squares and puts it in his breast pocket. I ask him why he does not refuse to take the note bearing Jomo Kenyatta’s portrait. He starts his engine and speeds off, his laughter ringing in my ears as it trails behind him.

Kisumu is not like Nairobi. The buildings do not rise until the clouds lick their tops and the sun has to take a back seat and surprise you with its coming and goings. The people do not push against you on the streets and insult you with their looks when you turn to face them. Kisumu is the widowed mother whose children abandon and run for the capital in search of a better life. She sits at the door in the evenings and waits, watching the sun – orange, smouldering, fiery – as it sinks into the horizon. She waits. When dark falls, she folds herself and goes back into the house, ready to repeat the same the following day. She ages, but she does not despair. Sometimes, her children come back in coffins.

One sunny day in August 2017, a blanket of sadness falls over the town when the election results start streaming in. Raila Odinga is trailing the incumbent, Uhuru Kenyatta. A wave of anguish spreads, making people fold their arms over their chests and shaking their drooping heads. My father looks at the TV screen and says, “This is going to be bad.”

My mother is still hopeful that Raila will be declared president. Both of them agree that Kisumu will not be safe. The boot of the car is filled with all the necessities and we head for Gem, our rural home. True to their words, the news comes in trickles from the solar-powered radio, saying that riots have broken out in Kisumu and the police are killing the protesters. This is not limited to Kisumu. In Siaya, a bodaboda rider and a grandmother. In Kibera, young boys. In Mathare and Huruma, children. In Migori, women. Social media is awash with graphic images of people with bullet wounds all over their bodies. Everywhere, red.

“They are going to finish us all this time.”

My mother as she slowly stirs a pot of beef stew.

I am standing at the office window, staring down at the streets below us. My boss gets up from his seat and says, “The town is deserted today.” to no one in particular. I nod. Across the road, the shops are closed and a few metres away, a cameraman carries the tripod, sets it down, and starts filming. The other man speaks into the black fluffy microphone. I wish I could hear what they are saying.

It is Tuesday, the 30th day of January. The day of the swearing in.

Titus did not bring me to work. He told me he was far when I asked him if he could pick me up in the morning. “Far where?” I pressed.

“Nairobi. I had to go and see Baba being sworn in.”

I had not imagined the possibility of Titus taking a bus to Nairobi to Uhuru Park to see Raila Odinga being sworn in. I had not imagined this day actually coming to pass. I had held my skepticism close. But now, seeing photos and videos online of the number of people who are at Uhuru Park, sweating in the sun and chanting Raila Odinga’s name, I start to truly see where Titus gets his conviction from. I look at the images and imagine him being there, holding a placard above his head, his voice rising and getting lost in the sea of voices and I wait.

I see Titus two days later and I do not waste time asking him,

“So did you see Baba carrying the bible?”

He responds with a smile on his face.

“I was there. We did not get switched off like your TVs.”