STOP PRESS: When ‘orders from above’ could kill the news 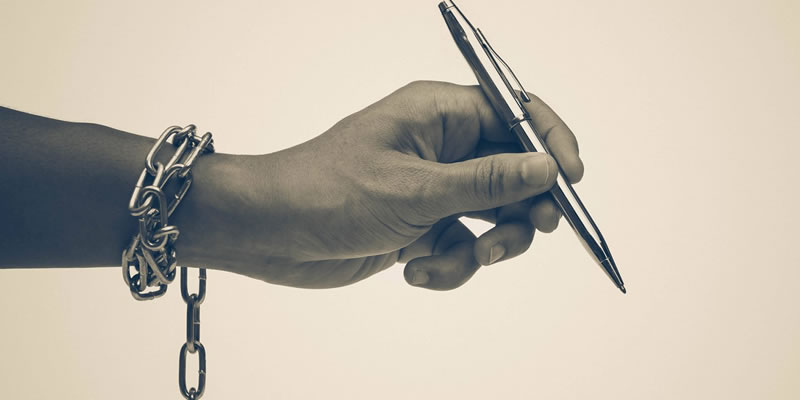 Recent events in Kenya, including the shutting down of TV stations to prevent them from broadcasting the swearing-in of Raila Odinga as “the people’s president”, remind me of the first time I came up against a bullying authoritarian state and how useless such threats proved in the end because buried truths have a way of emerging zombie-like from their freshly-dug graves.

I began working as a reporter in September 1989. In April that year, The Financial Review, an upcoming news magazine that had been started by former Weekly Review journalist Peter Kareithi, had been banned by the government of President Daniel arap Moi for what Attorney General Matthew Guy Muli characterised as “mischievous stories.” The Financial Review later successfully fought the ban and continued publishing for a few more years before it folded.

In 1989 there were three national daily newspapers in Kenya: the Daily Nation, the East African Standard and the ruling party Kanu’s newspaper, the Kenya Times. There was also the state-owned Kenya News Agency. Broadcast news was provided by the state broadcaster KBC and KTN.

This state of affairs meant that the government controlled most of the news media either outright or through proxy. While the Aga Khan may have controlled the Nation group of newspapers, some of the firm’s other shareholders and directors owed their allegiance to the Kanu government. Meanwhile, the Standard was owed by Tiny Rowland’s LonRho, which maintained a cosy relationship with the powers that be in every country it operated.

Amongst journalists, this era was a period of self-censorship in a bid to avoid state censorship. Every now and then the newspapers would push the envelope of government criticism a little further, but they were always aware that the government could push back at any time.

It might sound far-fetched today, but in those days there were always rumours doing the rounds that one or more of the reporters, proofreaders, typesetters or printers was on the payroll of the state security services. Their role was to give their masters a heads-up when anything remotely controversial was set to make an appearance in the newspaper. Once they had passed on the information, the next step would be a phone call – sometimes from a State House functionary but often from the president himself – to an editor demanding that the story be killed.

Sometimes editors would try and fight for a story to remain, using reason to appeal to the president or his functionaries, but often they were forced to give in and so the controversial story would never see the light of day. Editors had to tread carefully because sometimes the newspaper’s owners would be involved and one could easily find themselves out of a job for not realising that the media owner and the state were on the same side in a particular matter.

So to begin work as a journalist at that time was exciting, if a little daunting. And to work for the Kenya Times, the ruling party’s newspaper, was seen as somewhat controversial, but I chose to thrill in the notoriety. Also I told myself that I was working with a group of consummate professional journalists and not petty party propagandists.

By July 1990, Kenya’s politics were heating up. For many the breaking point had come after the murder of the country’s Foreign Affairs Minister Dr. Robert Ouko in February 1990. Ironically, Ouko had been one of the staunchest supporters of President Daniel arap Moi’s government and had lent his not inconsiderable intellect to defending the government on the international stage.

Two of the more vocal politicians fighting the system that they had until recently been at the heart of were former ministers Kenneth Matiba and Charles Rubia, who had also fallen out with Moi and Kanu. The two had joined forces with veteran opposition figures, such as former vice president Jaramogi Oginga Odinga, Masinde Muliro, Martin Shikuku, Raila Odinga, James Orengo, lawyers Gitobu Imanyara, Paul Muite and others in calling for Kenya’s “second-liberation”.

With the support of some foreign envoys, particularly from the United States and a newly united Germany, these opposition leaders had begun to shake the foundations of Moi’s single-party system.

Lashing out at this unprecedented opposition, Moi had ordered the arrest and detention without trial of a number of those opposing him. On July 4 after they had held a press conference calling for a pro-democracy rally at Nairobi’s historic Kamukunji grounds on the July 7th (popularly known as Saba Saba), Matiba, Rubia and Raila Odinga were arrested and subsequently detained without trial.

Undeterred, their comrades in the struggle decided to go ahead with the rally, which had been declared illegal and an estimated 6,000 people showed up to hear what they had to say. Moi and Kanu were not going to sit back and just let this happen on their watch so riot police were sent in to disperse the crowds and arrest the political leaders using force, teargas and batons.

The crowd refused to go quietly and began throwing rocks at the police and stoning cars. The opposition leaders hopped onto the back of an open pick-up truck rousing their supporters all through Nairobi’s Eastlands estates of Kariokor, Kariobangi, Ngara and elsewhere. That moment provided one of the iconic photographs of the 1990s.

Like reporters from all the other newspapers, we were sent out to cover the dramatic and historic events of the day and “ate teargas” and felt the blows of the police rungus (batons).

At one point, Shimoli, Munji, the photographer John Muchene, our office driver Muli and myself had driven through the main street in Ngara in the direction of Kariokor when we came up against a series of human walls with riot police in the centre, their backs to us and sandwiched by angry crowds who had lit bonfires in the middle of the street.

For our sins, our car happened to look like those that members of the CID and Moi’s not so secret police, the Special Branch, drove around in. As we approached the crowd, they stopped us believing we were the hated police and would have begun stoning us had we not revealed that we were reporters. Nevertheless we didn’t dare disclose what paper we were from, for fear that they would turn on us again.

Having gathered our news and pictures we drove back to the newsroom. As we were working to beat the deadline, Philip Ochieng received one of the dreaded State House calls telling him to drop the Saba Saba stories because President Moi did not want to see them. We were made to understand that the Nation and the Standard had received the same call and were also going to kill the stories. The government feared it would look as if it had lost control of the situation and there is nothing an authoritarian state fears more.

“Orders from above.” “A call from State House.” These were phrases that preceded the killing of a story in that era. Sometimes the editors obeyed and sometimes, even at the Kenya Times, they took their chances.

On this day, Ochieng gave in to the bullying and threats, while his counterparts decided to publish and be damned, if it came to that.

It was shameful and disheartening. The Times had completely ignored the biggest news of the day and the second biggest story that year, after the murder of Ouko. I was so disappointed that I seriously considered resigning from my job and giving journalism up altogether.

The fact that we were forced to play catch-up in the following day’s edition and nothing had happened to the other newspapers just made our sacrifice appear pointless. Worse still, whatever reputation we had as journalists, at least with the public, was thrown out of the window.

The moral of the story is that publishing the truth will always piss off the state, but in a democracy, that should not be a consideration. Eventually, the second liberation could not be stopped. It was televised and published, even by the Kanu-owned media.