To be or not to be, the question of Kenyan identity 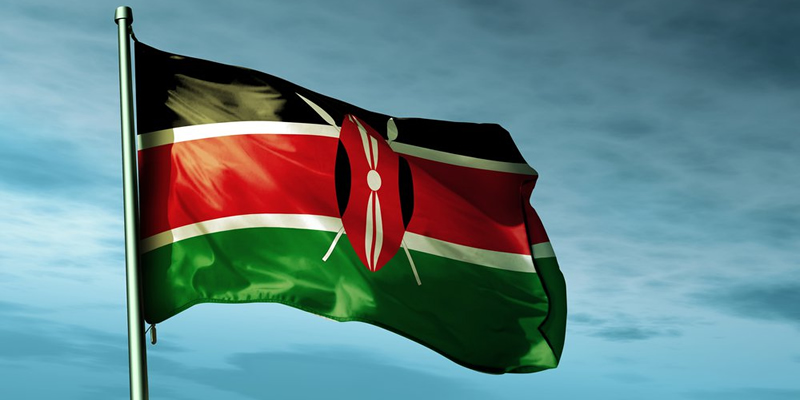 I was named after my great-grandfather, who by all accounts, was a big scoundrel with an even bigger heart. I hail from the land of the original ‘boda boda’, so styled during the days when black mamba bicycles were the preferred mode of transport from the Busia-Kenya border, across no-man’s land, to the Busia-Uganda border. As with most things, the truth is nuanced. While the blood of the renowned iron smelters of Samia and equally formidable rainmakers of Bunyore flows through my veins, I am a Nairobi bird, a native English speaker, born and bred in the green city in the sun. Most days, I bemoan the traffic and water shortages, fret about the cost of living, enjoy the vibrant intelligence and crazy humor of my fellow denizens, making a living, living life.

Living in a cosmopolitan city such as Nairobi, I have always taken for granted the fact that I am a Kenyan. Like my name, the provenance of my ‘Kenyanness’ has never been in doubt. During the promulgation of the 2010 Constitution, I stood at attention in front of the TV screen, tunelessly belting out the national anthem, overcome with emotion that Kenyans had finally come together to declare their vision for a free, just and inclusive society. I love Kenya fiercely, our land, our diversity, our legendary ability to find humor in the silly and the sad, the ridiculous and the bad. Seriously, Kenyans will laugh at anything.

In 2017, we watched crowds in informal settlements keening in collective agony, singing dirges for their loved ones whom death had taken suddenly, violently, and inexplicably. 2017 was the year when outpouring of unimaginable grief was met with a stony silence, when the most vulnerable – infants, children, and the aged were blamed for having had the temerity to have been in the wrong place at the wrong time.

I grieved deeply in 2017. It took me a while to recognize my grief, because it was not directly associated with the death of a loved one. I grieved because infants and children meeting violent deaths in their homes are catastrophic, unimaginable, events usually associated with conflict and war. I grieved because these events should have affronted our psyches and assaulted our sensibilities irrespective of our political, religious or other affiliations – but did not. I grieved most of all, because so many of the victims, some so very young, were perceived to have been completely unworthy of empathy.

The dictionary defines empathy as ‘the capacity to understand or feel what another person is experiencing from within the other person’s frame of reference, i.e., the capacity to place oneself in another’s position’. Empathy requires us to first identify with another human, before we can relate to their experience. At a fundamental level, we must consider them to be part of some core subset or community to which we belong. If we cannot, or chose not to identify with them in any way, we become immune to their suffering. We dehumanize them. That is why we heard many opine that the victims of violence were responsible for what happened to them because they were somehow involved in the protests, broke the law, or aided and abetted one crime or the other. What we were really hearing was that the victims did not belong to any core subset of those who dismissed their plight. Put simply, they were the ‘other’. Alien.

2017 made me realize that, when many talk about being Kenyan, about being of ‘the people’, they subconsciously exclude individuals from large swathes of the country. Not because these individuals eat, live, vote or pray in any particular way, but because of the one thing they cannot change – their ancestry. It is ancestry, not age, religion, class or political affiliation, that permits or precludes admission to the sacred circle of belonging.

To be sure, there is nothing wrong with identifying with one’s ancestors. Human beings are social animals with a fundamental desire to belong. Our primary identification of self is relational, grounded in family, and mostly correlated with ancestry. However, a huge problem occurs when groups conflate two identities such as nationality and ancestry, a common phenomenon experienced in many post-colonial countries like Kenya. In such circumstances, if one does not belong to a given ancestral group, they are not just the ‘other’; they simply do not belong to that nation. Psychologically, they are rendered stateless and nationless, devoid of the rights conferred by citizenship.

In 2017, I found myself in the midst of an identity crisis as profound as any experienced as a teenager. Having been born and bred in Nairobi, having spent my entire life in multicultural and multiethnic communities, having always identified myself first and foremost as a Kenyan, I found myself struggling to understand how it was that Kenyan children could be bludgeoned and shot to death without so much as an acknowledgement from a good proportion of the population. Where was the universal outrage, the moments of silence, the soul searching? Where were the calls to put aside differences in the face of such tragedy? Where in our collective psyche had such a callous disregard of human suffering emanated from?

As I ruminated over these events, sometimes feverishly, sometimes with a deep sadness, it came to me that, for many of my fellow Kenyans, these were not tragedies at all. As a result of the conflation of national and ancestral identity, they perceived the protests to be attacks against the ‘true’ Kenyans – themselves. In this light, the protesters were not just alien, they were a threat! It mattered little that suckling babies are a threat only in proportion to the height of their mothers’ bust lines. What mattered was that the victims came from areas that did not belong in the sacred circle. They were the ‘other’. Alien.

Perhaps the most serious consequence of the non-reaction to the violence of 2017 from so many quarters, was that many Kenyans feel that their fundamental Kenyanness, their right to be Kenyan, their very humanity has been questioned simply because of their ancestry. This poses a real and present danger to the fabric of our nation because the need to belong is instinctive and primal. Particularly so within the African context where one’s social ‘self’ is just as important as one’s individual ‘self’. We associate belonging with identity, security and acceptance. Psychologically, we cannot tolerate alienation. It is why the threat of ostracism is such a powerful deterrent to inappropriate behavior. We will always seek to belong somewhere, and if we cannot move, we will strive to create a place of belonging where we are. It is not an exaggeration to say that 2017 has put Kenyans at the doorstep of an existential crisis.

There is however, a silver lining to this cloud. In 2008, during one of the darkest periods since independence, Kofi Annan told us that crisis presents both danger and opportunity. The 2007/8 crisis was the catalyst that produced the 2010 Constitution which was the first time all Kenyans had come together to create a truly progressive vision for our future. In a very real sense, it was true birth of our great republic, coming as it did after our conception in 1963 before most Kenyans were born. Today, we have the opportunity to re-imagine our psychological definition of what it means to be Kenyan, to inculcate in our children the truth that, of all our identities, the one called Kenyan is multiethnic, multicultural, multiracial, universal and inclusive. An identity that embraces rather than fears diversity, one that acknowledges the sanctity of life and honors the dignity of each and every Kenyan, regardless of the origin of their ancestors.