So where do all the fallen leaves go: KCSE examinations in Kenya 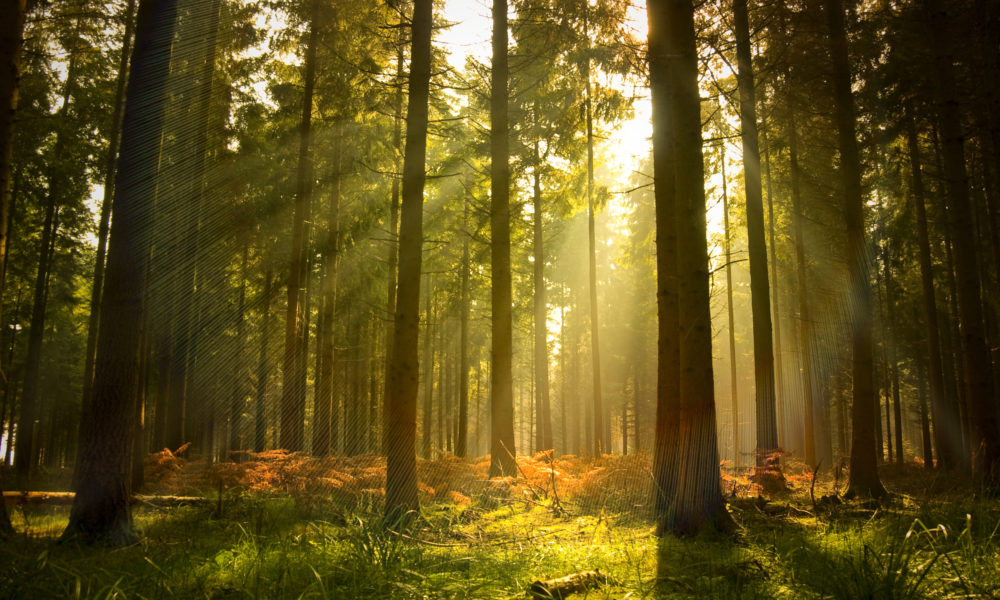 The Aberdare Mountain Ranges in Central Kenya is a string of forests, beautifully woven around the windward side of Mount Kenya. The Aberdare Forest Ranges is my favourite destination on any day, and this has little to do with its clear waters gushing down the ravines and valleys to make a spectacular drop at the Thompson Falls in Nyahururu.

In the lush woodland of Aberdares one encounters the heartbeat of nature, alive with life, greenery, chirping birds – steep picturesque ravines and sprawling moorland filled with animated silence and stillness that hides a history of battles untold. The Aberdares is the home to hundreds of different animal and plant species, interdependent on an entirely self-sustaining ecosystem that has thrived for eons. Every single element in a forest has a function and is co-dependent on another. In a way, nothing in nature goes to waste. The Aberdares and its breathtaking scenes came to mind as Kenya’s education cabinet secretary, Fred Matiang’i read through results of the 2017 Kenya Certificate of Secondary School Examination (KCSE).

Thousands of parents are spending millions each year to put children through school in Kenya. Educating children holds weight that is second to none, in terms of priorities of parents and guardians across the country.

Leopold Obi, a friend and award-winning Nairobi-based journalist told me hours after the dismal national results were announced: “ I’m pushed to think that joblessness in Kenya is a war well designed by the government to ‘zombify’ the youth, and the ministry of education is out there executing it in broad daylight. They first did away with tertiary colleges or turned a few of them into public universities and went on to “de-recognize” the rest”.

The failure rate during the 2017 KSCE results was monumental. The number of candidates who obtained the minimum university mean grade of C+ and above was only 70,073, which was only 11.38 percent of the candidates

“The remaining over 89% are left there frustrated in the hope that they become hawkers or loafers,” he quipped. There was uproar in the dailies in reaction to the results. The results being released so soon after the volatile election season only raised the backlash after the results were released. One commentator remarked that churning out jobless young people primed for manipulation and exploitation with cash incentives might as well be an election strategy.

The consequences of the policy shifts in Kenya’s education system have come with deep ramifications for the students. Kenya is now in the pilot phase of the new 2-6-3-3-3 system to replace the 8-4-4 system of education. Presently, a worrying majority of young people who complete secondary school and do not make it to university are hung out to dry. The alternatives for pursuing further education with ‘poor grades’, are limited. The space for acquiring technical skills has diminished considerably and nearly all the previously technical colleges have been converted to universities. Those same universities have not only locked out students who make the competitive grade but they have also made post-secondary school education inaccessible to the vast majority of form four leavers.

After four years of gruelling sacrifice and study. After dealing with exorbitant levies that have made school fees prohibitive due to unchecked appetite from for-profit school heads that led to a national outcry from parents. After the toxic political climate and protracted teachers’ union strikes, after all this, over half a million of the 2017 candidates failed to attain the basic university entrance grade currently placed at C+.

But perhaps the most traumatizing of the consequences emerging out of this determiner of destiny that has become the national examinations system in Kenya is the tragic end of one schoolgirl, Carren Onyango of Moi Nyabohanse Girls Secondary School in the County of Migori. She committed suicide by jumping into a borehole at midnight on the day when examination results were announced. Her rather tender conscience could not stomach the storms of a tumultuous evening spent with her parents scolding her for scoring a grade C-, hence failing to bring home the status gratifying university entry grade.

This is in complete disregard of the fact that she had opted to repeat Form Four class at a different school after scoring the very same grade C- in the previous year’s KCSE, in the hope of improving to a better grade than she scored in 2016.

The case of Carren Anyango should disturb the conscience of society in Kenya in many ways. An absurd extremity yet perfect tragic example of the lengths children will go to get the coveted but elusive right grades. Carren’s tragic end should be a call to action, specifically re-evaluation. A re-evaluation of how Kenya’s examination system works.

Her death is an illustration of the far-reaching implications of a continually stringent system of testing dimming many promising lights. Carren’s death has lent great credence to the pre-existing notion that national examinations in Kenya hold a condemnation of eternal poverty or riches. A do or die battle in its very application.

The fact that children grow up in diverse environments, with extreme socio-economical distinctions from one another alone is enough reason to reconsider the current evaluation system used in Kenya. When we treat a good and quality education as a privilege as opposed to a right, we lock out those who need it the most to change their life circumstances.

Just like in the Aberdares Forest Ranges where taller trees have greater access to sunlight and the added advantage of generating more food than the bottom feeders, so is the contrasting reality between a student whose poor parents struggle to raise fees at Shivaywa Secondary School hidden deep inside rural Kakamega County and a student from a privileged background at State House Girls at the doorstep of the Nairobi CBD. The infrastructure available in rural public schools, the teaching facilities and teacher to student ratios for most of rural public schools in Kenya is alarming and disproportionate to those in prestige public and private schools.

That these two students would then be exposed to a similar fate in life is against the hidden meaning of natural justice displayed in forests, where every member of the ecosystem is incorporated and allowed to thrive at their level in the complex food chain. And to demonstrate just how entrenched this divide is, only one additional student moved up to the coveted grade A plain from 141 in 2016 to 142 in 2017, pointing to the fact that at the top of the education food chain is a closed place reserved for a select few.

Only a total 0f 70,073 students are guaranteed university places in Kenya from a total population of 611, 952 candidature that sat the exam. Where do the rest who do not make it to university go? Will these fallen leaves ever have the power to touch great heights when the wind blows?

Even in the driest of months, when leaves fall in the Aberdares Forest Ranges, they are destined to serve a very vital function in the forest cycle. The dead leaves serve as mulch protecting the roots of the trees from excessive heat exposure. The leaves also decompose and enrich the soil that benefits the growth of trees. In a way, the trees have converted what may appear to human eyes as a liability, into an asset.

In the context of the Kenya’s KCSE national examinations, one would then ask, where do the many fallen leaves go? Why are we so eager to sweep them up and burn them up in a dumpsite?

As it stands, the 70, 000 qualifying for university admission will in 4 years, add to a long list of jobless graduates hitting the tarmac with their papers. An education system that condemns 89% of its candidates to the stigma of failure undermines the very purpose of education as a passport to a prosperous life in Kenya. Our education system is undermining character, stigmatizing millions and in many instances literally killing our young people.

In the Aberdare Forest Ranges, fallen leaves are swept away by the wind, drift off and end up on the leeward side of Mount Kenya, the drier landscapes of Nanyuki area that experiences scarce rainfall. Wherever they land, they serve a function and benefit the soils with organic matter after decomposition.

The Kenyan state, however, has not mimicked the Aberdare Forest Ranges. Over the years, Kenya has treated its national examination’s fallen leaves as waste material, to be cleared from site and herded to the fringes of society.

Examination should not be a means to an end (happiness, wealth and prosperity). It should not even be an end in itself but the beginning of something broader, backed and funded by government for all children of the nation – green leaves and fallen leaves.

Looked at as a means to an end, students who fail exams are rendered fait accompli; they mostly end up bitter and frustrated, potent fuel that fires poverty and destitution in society. But even so, are parents who spend their working years toiling and paying education insurance covers only for a test conducted in a single month to shatter all dreams and hopes for future economic prosperity.

The system of examinations and college education alone cannot address joblessness nor can it help humanity to explore the full potential of every child. This is the fate of millions of children in Kenya over the years, with each examination cycle churned out by a system that simply rejects them all after they post undesirable grades.

Take the case of Eugene Mutai, the Kenyan software developer featured on cable news giant CNN on 18th December 2017. A once clueless odd-errands boy from rural Kenya who has never been through college learnt coding on a friend’s mobile handset and now earns KSh80,000 (about 800 $) a month from a crypto currency business otherwise known as bitcoin trade. Eugene Mutai belongs to the category of fallen leaves who had probably been dismissed by the country’s system of education.

This is a young man who has been battered by the winds of life and weathered storms that no grade A or college education will ever teach you. In spite of the challenges, Mutai learned to run software codes on a friend’s borrowed Nokia Symbian S40. With continuous practice, his skill level increased upwards until he won the 2016 Git Top Developer Award.

Mutai was one of the fallen leaves of the Aberdares that refused to bow to the pressures of the strong winds that continue to threaten many African children with obscurity. Instead he stood his ground, choosing to fight on his own terms.

The Aberdare Forest Range remains green for most of the year because it retains most of its fallen leaves and discarded parts of the canopy, and puts it all together into meaningful and functional use. Every forest thrives on the same principle, from the Amazon to the mangroves of South East Asia.

The label of failure in national examinations should not be a reason to saturate society with hopeless young lives wounded in ego and conscience. Education and examination should be a system of inculcating life skills and values of humanity and nationhood aimed at achieving civilization and cooperation among men and women. Talent and diversity of abilities should instead be the center of national focus to leave no one behind in efforts to develop and achieve national economic goals.

Even the forest uses its fallen leaves!