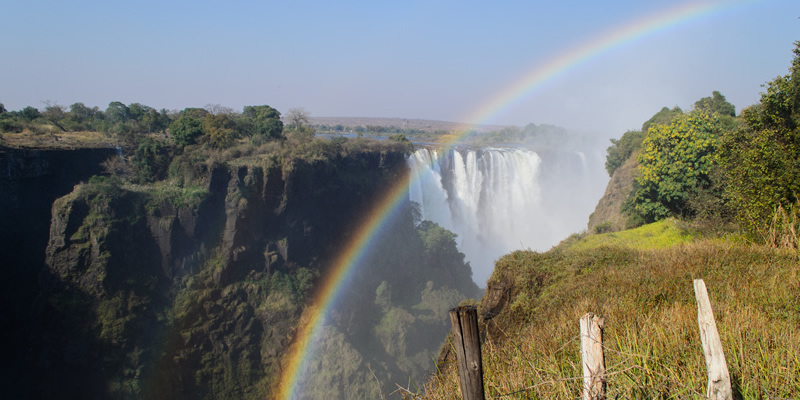 As a former student of the Thabo Mbeki African Leadership Institute, I have had the opportunity to ask the former president and patron of the institution, Thabo Mbeki, questions on the ‘Zimbabwean Issue’ at a Q&A session. It is a topic in which he was lambasted for what was termed as ‘quiet diplomacy’ during his tenure. After much equivocation, his summation was that it is the people of Zimbabwe that must decide on their fate and no one else. And it so came to pass, albeit with much damage done in the 37 years that Mugabe was in power.

With matters taking a new shape in Zimbabwe I reflected on past encounters with her. A funny childhood memory, one of happenstance really, resurrected. I was a young boy and my mother had sent me to run an errand to deliver a parcel of sorts to her friend who was residing in a new part of our location. I lost my bearings a little but in childlike manner I was determined to find my way. I stumbled upon a face bricked double storey house, it was unfenced and the front door ajar. Curiosity getting the better of me, I gave the door a couple of knocks before a voice answered from what seemed to be a distance. I entered and wondered in bewilderment in the foyer before the voice shook me from my stance summoning me to take the steps. I timidly took the wooden-pined staircase. I greeted the man who was watching a VHS video and he immediately began his commission of inquiry. He laughed heartily after hearing the purpose of my surprise visit and asked that I sit down as he poured me a glass of juice. Taking his turn to regale me, he told me that he was watching a video of a family holiday to Victoria Falls in Zimbabwe. As the water was splashing about on the screen, he told me the story of a beautiful sprawling country.

I was to learn later from my mother that the man I encountered was a successful businessman within our locale. Her laughter too was equally hearty when I related my rendezvous.

The first democratic elections came to be in South Africa and with it, beaming hope that permeated to other surrounding countries. We were to grow accustomed to people going around our neighbourhood selling all sorts of housewares. Many a time, they came to our house and from one of these encounters, a group of Zimbabwean women became boarders in our backyard dwelling. The morning interactions in the kitchen were especially interesting and I learned many things, among them that what we called pap was referred to as sadza. In the evenings with the coal stove emitting much needed heat, I got help with my schoolwork.

In hindsight, it must have been difficult for them to leave their children behind and find themselves in a foreign country trying to eke out a living and perhaps that was the beginning of a period where Zimbabwe’s woes were coming into the fold.

I was to set foot in Zimbabwe in 2011 on a bus trip en route to Zambia. Entering through the Beitbridge Boarder post, what I witnessed on the Zimbabwean side was a stark contrast to the life I knew in my country. The misfortune of the country was palpable and no sooner had the bus came to a halt that we had people getting on to the bus begging for money and the blind singing church hymns and a bowl being passed around for us to give any spare change we could.

At the border office when I was getting my passport stamped and filling out the necessary forms, an official stared at me blankly when I asked to borrow his pen. I had to ask a pen from fellow travelers resulting in me loosing my place in the queue. We had waited hours to be assisted and a point whilst waiting, the officials without a word, brazenly drew the windows and left their desks without uttering a word of explanation. We were left to wonder what the Houdini charade was all about until some people went about offering to hold our queue places till the officials returned from lunch – for a fee of course. What was amusing in their departing act is that they took down the framed picture of Robert Mugabe that was adorning the walls and upon returning hung it up before resuming duty.

As the bus made the 11-hour journey through the country to Chirundu border near Lusaka, meandering through the mountainous valleys of the Zambezi River, I wondered if the destitute country I witnessed throughout the route, with police officers in battered uniform manning tollgates designed with huge oil drums and logs in between, would ever return to its glory days.

It will undoubtedly take time to return Zimbabwe to the treasure it was after the tumultuous span of Mugabe’s rule. Zimbabwe is a country rich in minerals like diamonds and copper, with a roaring tobacco industry with potential for more and has many skilled people in the diaspora who could one day return to lend a hand. If the best graphic designer currently in South Africa is a Zimbabwean and one of the best rugby players over the past decade for the South African national team is too, a Zimbabwean and many other similar examples, then I have hope.

The Victoria Falls businessman of my childhood is known to be struggling these days. Perhaps a symbol of the then and now, a juxtaposition to the rise and fall of kingdoms just like the former president of Zimbabwe’s framed pictures have come down in some spaces in Zimbabwe.