Choices in my Lifetime 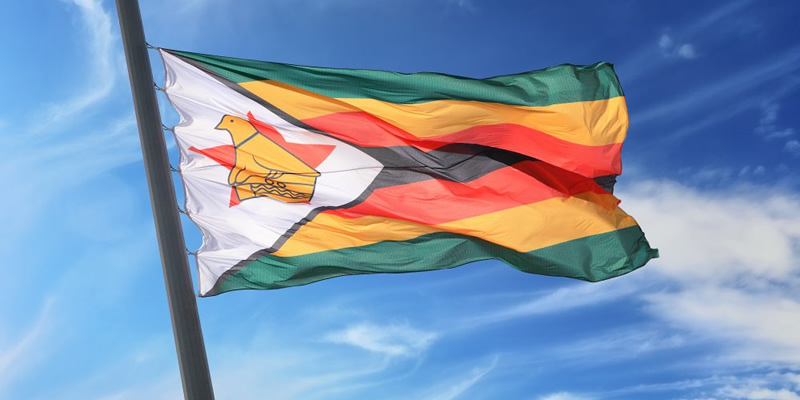 In my lifetime I have so far missed two critical turning points in the country of my birth, Zimbabwe.

The first event was Independence Day on 18 April 1980 which marked the beginning of our freedom from colonialism. Legend and a few grainy video clips and images show that the day was full of ecstatic celebrations with the legendary Robert “Bob” Marley playing before a capacity crowd, punctuated by promises of a better Zimbabwe for all from Robert “Bob” Mugabe. I missed that day because my parents decided to given birth to my elder sibling before me, making me a born-free and him nothing that we have a term for. I was born into this ecstasy, with my parents, just like everyone else, hopeful of a bright future full of options for their children. From an early age I was told of how we had come out of the liberation war to be a free country with abundant opportunities and for many years, this nostalgia for things I had never seen and his continued eloquence on the need to fight neo-colonialism spurred on my love for Bob.

It took most people many years to realise that even though some of us were born-free, the country’s freedom was born anaemic and has forever been unwell since that day the new multi-coloured flag was raised and the Union Jack replaced. It took me the end of university and numerous years of non-yielding job searches to realise the disease was too far advanced to make me a free person, despite my being seen as a born free. One cannot be blamed for this blindness to the rot. We the born-frees were weaned of choice with phenomenal and unending propaganda about the beauty of our land even as it lay destroyed. Secondly, “that which afflicted our Freedom had been deceptive; an illness that did not show itself at first, choosing to do so only when it was too advanced for us to do anything about it[1].”

For years the disease had shown itself in the crushing of non-conformist and opposition voices and devouring those of its own who have dared show signs of being different to the status quo. It took a seriously ugly form when it led to massacres in Matabeleland in the 1980s and country-wide in 2008. Even then, it never looked to the masses like it was a dictatorship that would one day show its full flame-lily bloom and so some still believed in our freedom. It was therefore not surprising that even after all the signs and symptoms of a sick and dying freedom had been shown, we still believed that the man who had sold everyone the Zimbabwean dream on that day in 1980 still had what it took to bring a Zimbabwe that was free for all.

In a shocking result for the previously vibrant opposition parties led mainly by Morgan Tsvangirai, I was one of the people who gave Robert Mugabe a new mandate in 2013. The vote had marked the end of my previously held abstinence from voting and I would soon regret my choices when I realised that the manifesto that promised among other things 2.2 million jobs was nothing more that the disease giving us temporary mental reprieve but like always, no real change. Again, it may be because after the 2008 election violence, each of us secretly knew that we had no other option except to endorse a vote whose outcome would not be affected by our own voting patterns.

I again rued my having chosen to vote for a 90-year old when he, satisfied that nothing else could remove him from power began, to hint at that he would not be retiring anytime sooner or later. This, coupled with a growing presence on the public sphere of his rabid wife Gucci Grace, appointment of relatives in top public posts and a flaunting of wealth by his two young boys, Robert Jnr and Chatunga, showed growing symptoms of the disease morphing into not only a dictatorship but also a family dynasty. But if I still had any blind love for dear old Bob, increasingly wobbling through his speech and walk and now on character too, it was all lost on 6 November 2017 that he fired Emmerson Mnangagwa, the Vice President and his once trusted junior. While I could admit that I had a slight liking for Emmerson, it was the realisation that we had now entered a stage where choice would be non-existent, that chaffed me off the most.

For two weeks or exactly 3 Mondays thereafter I could neither work nor do anything productive while I pondered every possible exit strategy out of the country. It was not like I had any choice anymore if I had to give the same hope to my children as my parents had fed me while I grew up. While in 2013 I had hoped, maybe foolishly so, that once voted in Bob would redeem his legacy by appointing a younger successor within his party, I was now clearer he had never intended to do that. It was now apparent to me that Bob was the silent disease, the anaemia that had bedevilled our freedom from the day we rid ourselves of colonial rule.

In those two weeks, I became irritable, spent my whole time arguing on Whatsapp groups and eating just a little enough to keep the dying hope on life support. And yet in those two weeks, the most productive thing, at least according to my conflicted born-free-self happened. A military intervention which was unofficially dubbed a “coup not a coup” and officially running under the banner Operation Restore Legacy was led by Commander of the Zimbabwe Defence Forces, General Constantine Chiwenga on 15 November 2017.

For days on end, I walked aimlessly in town just to see the army tanks parked at various government institutions. I listened to the coup speech endlessly to convince myself that maybe for once an antidote for our disease had been found. The words “Firstly we wish to assure our nation, His Excellency, the president of the Republic of Zimbabwe and commander in Chief of the Zimbabwe Defence Forces, Comrade R G Mugabe and his family, are safe and sound and their security is guaranteed. We are only targeting criminals around him who are committing crimes that are causing social and economic suffering in the country in order to bring them to justice” spurred me on even as talk about Mugabe refusing to resign rang louder and louder and the optimism in the masses of a breakthrough shrank smaller and smaller.

Finally when the deed was done and the affliction that had been with us for 37 years was declared gone, for once did I see my people regardless of their colour or tribe, genuinely celebrating the end of another era. I know it is never a wise choice to celebrate a coup but I had no choice as it meant the end to the disease as I knew it. Many have told me that the military intervention marks the end of any civilian choice, especially free and fair elections and I only nod in agreement, too spent to argue with them or tell them that, I have never had any choices all my life so far. And while I can never vouch that the disease didn’t leave dregs of its venom in those who took on after it, I have chosen optimism over everything else.

Now, I must state that I missed the second major event in my country, which was the inauguration of Emmerson Mnangagwa on the day 24 November 2017. My friends who insisted that we attend together since I seemed so much to be touting for the man were disappointed to hear that I had decided to spend the day away from Harare with my family. What I could not tell them was that I had no choice but to be home, trying to make a second generation born-free who would maybe have a different story from mine to tell about choices. My parents taught me to hope and I will live by it.

[1] From the story Our Freedom first published in Weaver Press’s Anthology Writing Lives, 2013.