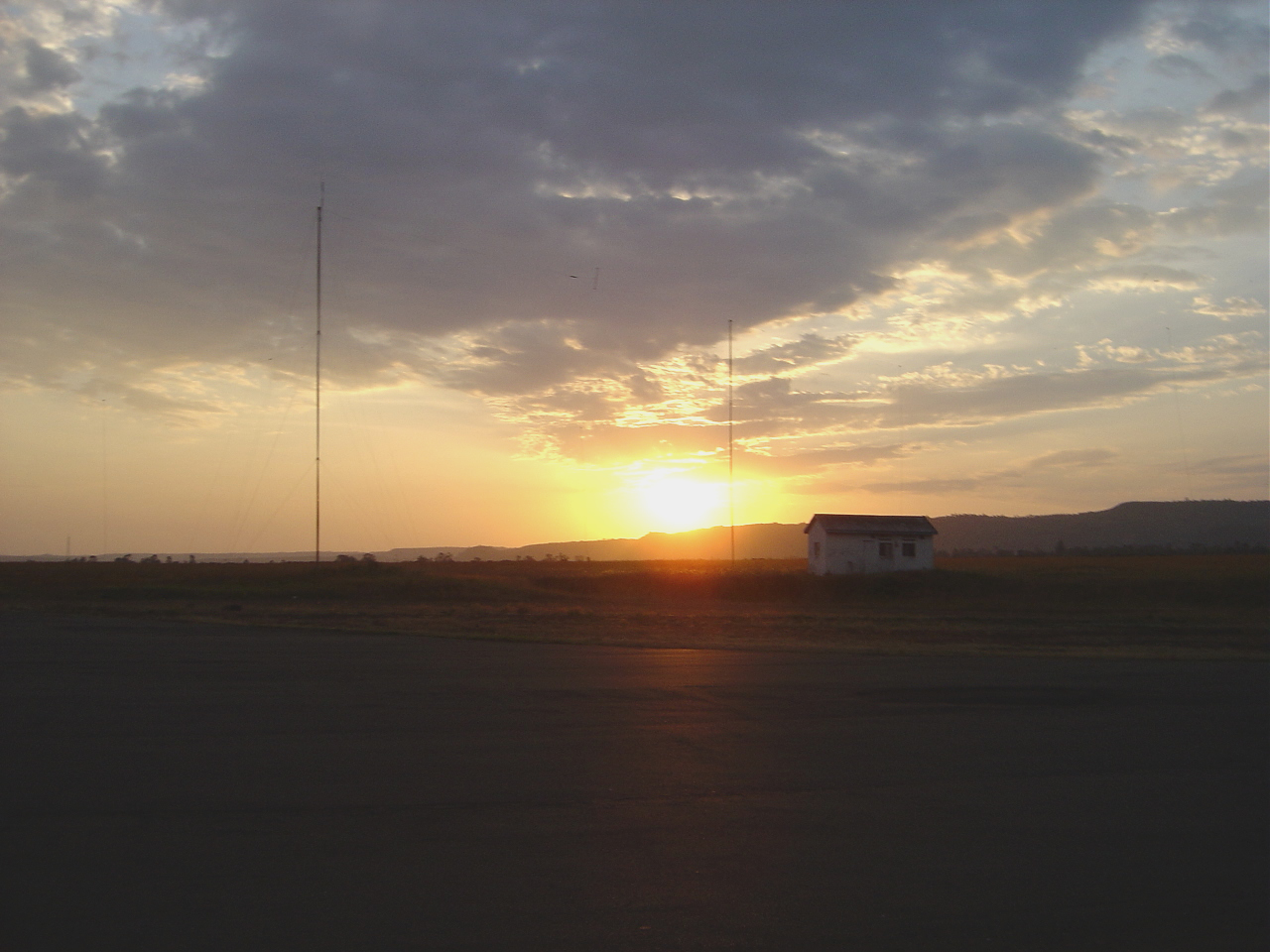 Kisumo! The place of sumo! The land of opportunity where, when in need, you go to seek for and collect food from friends and family. And traders.

Nestled at the ‘head of the lake’ (Wi-nam), Kisumo – corrupted to ‘Kisumu’ – today ignites directly opposing sentiments from Kenyans. To the mono-eyed and incorrigibly ignorant hater having his vision and thinking hazed by jingoist alignment to tribe or political nonsense, Kisumo is the place of destruction, synonymous with vain protest prolificacy.

Kisumo, in their eyes and minds is a barren, rowdy and unsafe spot in Nyanza otherwise synonymously called Kondele and is full of stones. What foolish cheek! For Kisumo is not K’Ondele, Luo for Ondele’s home. Yet, yet, the discerning, attentive, open-minded and liberal adventurer will quickly find that Kisumo is as the songstress Suzanna Owiyo and the crooner Daniel Owino Misiani articulately storied in their hits, Kisumu 100 and Bim En Bim 2 respectively –vast, productive, hopeful, fun, industrious, compassionate, peaceful and therapeutic.

Kenya has an unfortunate schizophrenic perception of Kisumo, with the political/tribal view always defensively reacting to Kisumo from a default violent containment mode, while the Kisumo insiders counteract, sometimes offensively and usually from an unequal position and thus leading to unhelpful destruction. This was well depicted by the unfortunate occurrences that transpired on the night of Friday, August11th and half day of Saturday August12th. On that dark Friday, the IEBC declared their election results, giving the incumbent president Uhuru, a suspiciously strange 54% win over his challenger at 44%. Within minutes of the ill-fated declaration, smoke and wails and gunshots engulfed Kisumo as police and ‘police’ battled protestors and ‘looters’ on the streets and estates and bedrooms.

20 hours later the fear-inducing drone of the police helicopter that had patrolled Kisumo’s skies day and night had died off. The rat-a-tat of a dreadful variety of guns had mowed the lives of several defenseless Kisumo dwellers, government-issue boots had finished with kicking doors open and kicking teeth in, reinforced truncheons and crude jembe handles had splattered streams of blood and smashed away skulls, and teargas aplenty had turned Kisumo into a gas chamber, chocking and itching babies to endless and sickening wails and repelling birds off the skies. It was terrible. Terrible. Terrible!

Presently, Kisumo residents had crawled from what remained of their desecrated homes and tiptoed into the gloomy open – hungry, angry, scared, numbed and in moaning. Kisumo’s trembling lips counted its lost lives, soiled dignity and abused possessions and, slowly at first, began to stammer to the rest of the country the shocking siege that it has suffered. Video evidence, survivor tales, government denials, images of destruction and dumbfounded disbelief articulated a weird story of a government that had staged a coup against its people. When much later they had finally found their tongues, some Kisumo residents joked that had the incorrigible Al-Shabaab experienced what Kisumo went through on these two black August days, terrorism would be a forgotten problem in Kenya.

What followed as reactions to this occurrence was of itself shocking. In short, the social media was awash with three narratives – those of the Kisumophobics who celebrated the ‘straightening out’ of the ‘loudmouthed and stupid’ Luos of Kisumo, those of a government and police respectively denying any knowledge and involvement in the Kisumo drama, and those of the Kisumomanics simultaneously pleading for and demanding justice. In the wake of all these was born the #LuoLivesMatter hashtag, that to this day continues to be propagated as a counter-narrative to the unjust‘straightening out’ narrative. The government denial particularly seemed to cement the now normalized perception of the officialmarginalization of Kisumo. And if the government is not for us, Kisumo seemed to say, then who other than us shall be for ourselves? Quickly following the #LuoLivesMatter campaign therefore was the kneejerk cobbling up of the Nyanza Professional and Business Forum, in the hope that Luos could somehow do for themselves what the government has abdicated.

But does Kisumo need straightening out? However much the regurgitation of this silly tale, Kisumo is infact‘straight’ already and is a lovelier and opportunity-filled place than most Kenyans refuse to imagine.

Sometimes in 2016, a huge national conference on reproductive health and maternal and newborn child health was held at the Acacia Hotel in Kisumo. It brought together over 2,000 health practitioners from all over the country. Sure enough, many of them, just like the hordes of Kisumophobics, had never been to Kisumo. (When you live in Kisumo and interact with many Kenyans, they always ‘regret’ that they have never ever gone past Nakuru or Kericho, and that they have this ‘unexplainable’ fear of landing in Kisumo lest ‘something bad’ happens to them.) Anyway, the participants did arrive in Kisumu, mostly by night bus and early morning flight. They all, in their Kisumophobic character, limited their movements to their rooms and hotel dining halls. On the first day of the conference, all participants were particularly punctual for the sessions.

During the first break however, they got their first shock. Standing at the 2nd floor terrace of Acacia Hotel, the participants got an amazing birds-eye view of parts of Kisumo, stretching to the big lake and Riat hills. The beauty of Kisumo wowed them of course, but strangely, they were surprised by the level of the development they saw. “Is this the Kisumo I always hear about,” they marveled! Whereas it was pleasant to watch their surprise, it was annoying to behold and listen to their expectation of ruin and wanton destruction of the place. But that was not all. In the evening, the participants got to see Kisumo, to walk Kisumo, to drink Kisumo and to dance Kisumo. Needless to say, for the next three days, organizers had to plead with participants to not only come to the sessions early, but to also stay awake and concentrate.

For these proud citizens of Kenya had never been to this our collective Kisumo and now had found it, discovered it. They had never interacted with the average Kisumo folk, dark skinned and mirthful, eager to welcome and please a visitor. They had not sat with Kisumo folk at Kakwacha or Lwang’ni hotels or at Kimani’s Juakali butchery to hog down platefuls of delectable Kisumo Fres Fis served with nyaluo vegetables and kuon bel and washed down with adila mayom! They had never visited the bubbling Chiro Mbero or Kibuye Market to haggle and purchase the freshest and plentiful offerings in the many mini-markets within it including Kisii corner and Nandi milk and green maize. They had never visited the breathtaking Kiboswa roadside market where the Rift Valley (Nandi), Western (Vihiga) and Nyanza (Kisumo) meet and exchange the sweetness of all. They had not gone up Riat hills and purchased and constructed on a ka-plot that gives –free of charge- the fulfilling and uninterrupted view of the lake all the way to Homa Bay and Kendu Bay. They had not trekked by K’Ondele and Nyalenda to engage the muscled and creative metal and woodcrafters who design and build the reliable Kisumo Windows and Frames, and regale you with stories of comedic pakruok and flatter. They have never taken time to roam with the multitude of people at the KisumoStage, where passion, compassion and business is conducted in the most primary and Kenyanlike entrepreneurial spirit.

No, they have not visited the MixaFarm by the banks of River Nyamasaria or the Peasant Shamba by the valleyed Nyahera to witness the prolific productivity of the land and the fruits of commendable hard work and labor of Kisumomanics, and eaten the most authentic organic products of Kisumo. They have not been to the rolling acres of Kibos and Miwani and Chemelil and Muhoroni to take in the busy and industrious production going on. The Kisumophobics have not been to the beaches of Kisumo, taken the boats rowed by clever locals who know the depths and pleasures of the lake as they know the backs of their hands.

They have not experienced the peaceful calm of Kisumo’s Milimani, or enjoyed the daily hustle and bustle of the estates. They have not witnessed and participated in the growing land and construction economy, the preparation and mustering of capital in anticipation of the development of the beachfront, the Kisumo Port and the coming, arrival and going of the SGR. They have not internalized the opportunities of watersports abounding here nor taken the opportunity to watch randy, burly hippos romantically kissing with their oversized lips, in and out of water. Have the Kisumophobics sat by the hills or shores or balconies and took in the breathtaking Kisumosunset, watched as Nam Lolwe and its silvery grey waters dance and become one with the fires and embers of the evening sun before they usher in a night so calm and warm and romantic?

The Kisumophobics have not taken a seat around the intellectual table of the hallowed Lakeview Bar and Hotel and sat in the company of true and pure Luo brains, of real and noble Professors and Doctors and Masters and Bachelors, and listened in awe as they contributed and applied their minds and genius to the philosophy, psychology, augmented reality, calculus, architecture, design, music, football, sex, agriculture, astronomy, dance and general knowledge of life!

No. They have not experienced a night out of imbibing in the triple distilled and hot liquids of Kisumo’s Beer Belt nor engaged Kisumo’s male and female comforters, merchants of exciting nocturnal delights! Have they danced to Luo Benga and Rhumba, let the music take over their bodies and the beats throb in their hearts and swell their souls? Have they ever surrendered to the Ohangla beats and felt their bodies seamlessly gel with the music and gyrate in uniform concomitance with their lovers on the dance floor, forget all the troubles in the world and get lifted far beyond the moon and stars by the sweet Johhny Junior, the legendary Okatch Biggy, the peerless Musa Juma, the scintillating Suzanna Owiyo? Have they found themselves singing along in tongues to Live-Band music at the inviting joints of Railways, Mamba, Kondele, Obunga, Nyalenda, Nyamasaria, Riat, Kisian and Ahero? Ahero Ka Dani where Aliya will liyo you?Have they been ‘sang’ in an impromptu praise song by Kisumo’s Nyatiti griots? Have they danced in nyadhi, that marker of ultimate pride and grace? Have they ever met, sat back and relaxed with Adhiambo Sianda? Has love ever been made to them: love so gentle and profound and unhurried and quixotic, love so divine and Luo in its execution, love so trusting and conjoining and accepting, love that transforms two bodies into one contented heart, mad love sourced from the purity and honesty and whiteness and genuineness of humanity, Kisumo love, love so explorative and adventurous that they finally knocked on heaven’s door and embraced and shed tears of ecstasy with God?

On October 25th 1969 at the opening of the ‘Russia’ hospital in Kisumo, political disagreements led to painful loss of lives and aPresident washing his hands off Kisumo. Half a century on, many more such mini-events have continued to occur, denying Kisumo its worthwhile place in the development and happiness of Kenya. The national psyche keeps getting conditioned towards a negative perception of this beautiful place. Half a century on, Kisumophobics, by unquestioningly swallowing such negative vibe, are denying themselves the opportunity to come over to this place of sumo and collect riches and happiness and friendships and love and hope and peace and family. In all truth, those who choose to listen to our alternative stories of Kisumo will never regret their welcome to Kisumo. Ever.