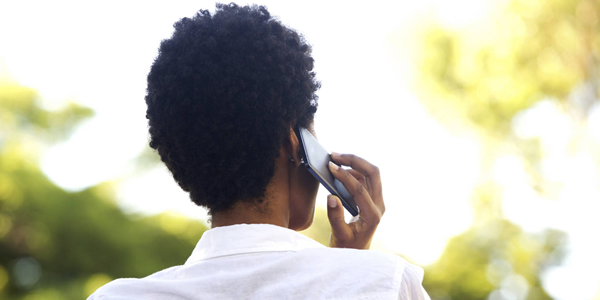 In the aftermath of the August 8, 2017 General Election, I received a telephone call from a friend two days after the peaceful elections.

“How are you feeling?”

“Are you sure?… “Your person lost….yet again,” I could immediately follow her train of thought and already detected a sense of glee underneath her controlled tone of voice. It was the voice of a victor trampling, its authority over the vanquished.

Politics is like placing a bet. “I had placed my bet and I had lost.”

“We Christians believe it is God who gives people a leader,” she preached. My friend is a dyed-in-the wool Catholic. The Catholic God had spoken but not before the ethnic god had had his sway.

“We Gikuyus are a proud people, we do not pretend to be what we are not,” she averred. “And you know it. We do not vote for anybody else…it is not as if we are going to begin now.” In other words, the Gikuyu, were considered the sui generis of Kenya.

“I am a proper Gikuyu – born and bred, I cannot pretend to be otherwise. What else can I be? You must learn to be selfish. That is just how we Gikuyus are.”

The “royal we”, the “We” of a blessed people, the ‘we’ of a special type, a selfish type in large company, a people whose great, arable, fertile land “flowed with milk and honey” was alive in her voice. But I am jumping the gun.

SEE ALSO: The Ideology of Uthamaki

“Why does Raila want this thing so much?” The question was rhetorical and disapproving. Was she implicitly suggesting that it was not in Raila’s make-up and pedigree to pursue the presidency? Was she insinuating the presidency could be a preserve of a certain breed? The tacit tone in her voice implied Raila’s push to be the president of Kenya was tantamount to a power grab. He was an irritant whose push needed to be stopped, once and for all.

We Gikuyus are a proud people, we do not pretend to be what we are not……. We do not vote for anybody else

She reached for local idioms to explain the negative effects of deep craving and desire followed by a brief political history of Raila Amolo Odinga.

“Weendi munene ndukinyaga.”(Great eagerness ends up in naught). Both were admonitions.

The first idiom has something to do with the birthing process. Rurira is the umbilical cord – of a cow. If the cow is too eager or impatient, to get through quickly with the birth process, it may end up dislocating the cord; in the process killing the youngling. Therefore, calmness and patience is demanded. The eagerly anticipated birth of a new life is a painful and slow process.

“I will tell you why Raila never wins the presidency…will possibly never get to be the president,” she prophesised, “it is because he has been too eager – and this had ruined his chances.” She hastened to add: “I know (Mwai) Kibaki also longed for the presidency and tried three times, but he did not come off hungrily wanting to be the president.” I reminded her these were two different personalities with two distinct characteristics.

“Why does Raila want to be president so hard?” It was starting to sound like a soliloquy. “It cannot possibly be for a good reason. Let me tell you the (political) history I know of Raila. I was only two years old when I heard about Raila’s involvement in a coup d’état. Since then, he has always wanted to be the president. What does he want to do with the presidency?”

The stream of thoughts from the other end of the call sounded concerned and perplexed over this “vexing” issue of Raila’s presidency.

“Is this a person to entrust the future of the country?” I was not sure whether this was a question or statement. Or both.“I voted for Uhuru Kenyatta because I can entrust my children’s future with him,” she affirmed. “Corruption is bad – no doubt – but we (Gikuyus) must have a leader we can feel safe with.” I got the drift.

And this was the drift: Raila Odinga is not a Gikuyu. He cannot be trusted. He should not be allowed to be president. The future and security of our (read Gikuyu) children cannot be safe with Raila, the Luo. The qualification for becoming the president of Kenya to the Gikuyus was only one: the person’s ancestral origin must be from Gikuyuland. Full stop.

The presidential run was not a contest of ideas. It was not about re-evaluating the performance of the government against the promises it had said it would fulfil in its 2013 manifesto. It was not about wanton theft that had been perpetrated under its glaring watch. It was not about: four and half years later, what did the government of President Uhuru have to show to the people of Kenya. No. It was about – Uhuru is a mugikuyu – that really is all it boiled down to: to anyone who considered themselves a “true” mugikuyu– educated or illiterate, rich or poor, young or old, urban or rural.

Uthamaki nduneanagwo (leadership is not given away) has been a mantra that has been gaining currency among the ultra Gikuyu nationalists in the lead up to the August 8, 2017 general election. It is as if the presidential leadership of Kenya is a sacred right among the Gikuyu people.

Why does Raila want this thing so much?”

My friend who had plenty to say paused to ponder. “I would not say Uhuru is exactly young – but he has youthful ideas,” I gasped. Which of Uhuru’s ideas were young and which were old? How had his “youthful ideas” had any impact in his four years as president? I was not going to pursue a moot point. But the insinuation had been made, somewhat covertly: Raila is old, he has old fashioned ideas and therefore, should not be running for presidency.

“What we want is peace,” she cooed into the speaker. “The elections were peaceful and we need to go back to our normal lives. Raila has lost the election, let him not cause trouble.” The mantra “accept and move on” had since 2013, when it was coined by The National Alliance (TNA)/United Republican Party (URP) mandarins, after the coalition had won a Supreme Court case against Coalition for Reform and Democracy (CORD) achieved a definite political parlance. In not so many words, my friend was asking Raila to “accept and move on.” As indeed with the rest of his supporters.

History has a wicked sense of humour. My friend could remember Raila had ostensibly participated in the 1982 coup, but had conveniently forgotten to mention, that he had spent nearly a decade in detention? Fighting for the democratic space and a liberal political climate and culture that we all now enjoyed

How could she forget the role Raila played in Kenya’s second liberation that culminated in the return to the multiparty politics in 1991? In 2002, at Uhuru Park in Nairobi, in a historic moment, Raila swung the cavernous mood of Kenyans to vote for one Mwai Kibaki, resulting in a resounding ousting of Daniel arap Moi’s ancien regime that had tormented them for 24 very long years. How could she not remember this recent history?

The eminent historian E.H Carr in 1961 said: “History has been called an enormous jigsaw with a lot of missing parts.” There are a lot of missing parts in my friend’s political history, deliberately so, nevertheless. Of course, it is a revisionist history, which she is happy to carry along – in the full knowledge that any other history, would rock her worldview.

My friend had grown up in a village in Central Kenya. She was from Gatundu, President Uhuru’s ancestral home. From a young age, she was taught that she was born into a special lineage. That she came from an ethnic community that was God-fearing and abundantly blessed. She recited to me the first stanza of a poem, that she told me her mother used to recount to them growing up.

(God endowed the Gikuyu people with a great nation

That neither lacks water, nor food, nor rain or land

A nation blessed with mountains, valleys and wellsprings

That flows in milk and honey)

“I have never forgotten that narration,” she proudly said. “I grew up knowing that I come from a privileged ethnic community and that we are a special breed.”Unapologetically, she announced: “That is my worldview, there is really little I can do about it.” In all of her 37 years, she said she was delighted to always carry that narrative with her. “I am a mugikuyu girl and that is how God willed me to be.”

The presidential run was not a contest of ideas…. No. It was about – Uhuru is a mugikuyu – that really is all it boiled down to: to anyone who considered themselves a “true” mugikuyu– educated or illiterate, rich or poor, young or old, urban or rural.

Today, my friend is a proud member of a wealthy upper class, living in the suburbs of Nairobi. “To be honest, I am not one to worry about the price of milk in the supermarket,” she said matter of fact. “It is not as if I plotted to be where I am. The Lord has been good. I thank him every day. What I want is peace and calm, so that I can go about my daily chores unhindered.”

Projecting an innate fear of the Luos and Raila, my friend had recently taken to totting the rosary. Appropriating the Christian God, the archetypal Gikuyu has conflated his ethnic beliefs with a Jewish God who must support his political cause: he scours the Old Testament to locate chapter and verse that vindicates his political maneuvering.

The Gikuyu language has an idiomatic expression which approximates the English language maxim: “Those who pay the cost are rarely those who reap the benefits.” That is a fact of life said my friend. “Some people are born to be leaders…others even struggle and suffer on behalf of other citizens, but if you are not lucky and, if God has not charted out a path for you, however hard you try, you will not make it.”

It was a long phone call that made me recall Apostle Paul’s first letter to the Corinthians, chapter 13:12 – “For now we see through a glass darkly; but then face to face: now I know in part; but then shall I know even as also I am known.” King James Version (KJV).

By Dauti Kahura
Mr Kahura is a freelance journalist based in Nairobi, Kenya