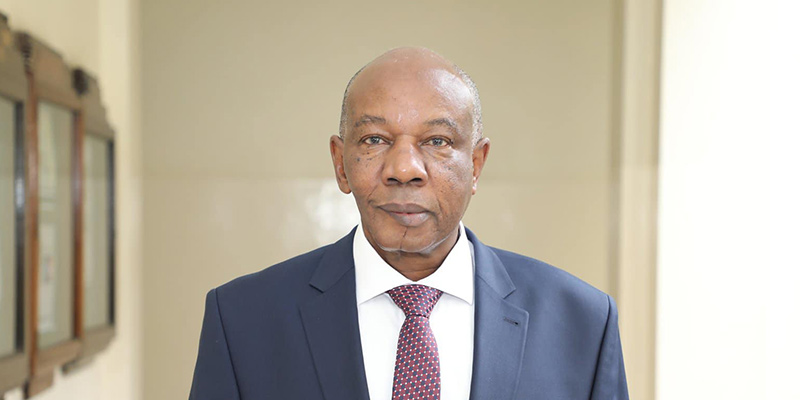 Fredrick Ngatia has never had to attend a job interview in the past 40 years. Selected as one of the top six students from the Kenya School of Law to join the Attorney General’s office, Ngatia sat across Frank Shields — who later become a notorious duty judge — as he lit a cigarette and asked the rookie lawyer to choose between criminal prosecution and civil litigation.

Ngatia chose civil litigation and takes great pride that he subsequently added a 9,000 square-kilometre hump to the map of Kenya at the border with Sudan. He had begun to inquire into the Ilemi Triangle, and his thesis for a Master of Laws degree at the London School of Economics shaped Kenya’s case when it acquired the territory of over 9,696 square kilometres.

Sudan, an Anglo-Egyptian condominium, had an imprecise international boundary with Kenya because the area then known as Rudolph Province was originally in Uganda, and was customary grazing grounds for the Turkana.

A joint survey team in 1938 created two lines, a straight one in the northern part of Kenya, and a patrol line by Sudan in 1950. Below the patrol line, Sudan was not interested in the territory, but Kenya decided to administer the area to pacify grazing communities in what would come to be known as the Ilemi Triangle. It is possible to acquire territory through the inaction of the other country and the passage of time. Ngatia believes that similar reasoning could save Kenya heartache in its territorial dispute with Somalia at the International Court of Justice.

Having represented Uhuru Kenyatta in three presidential election petitions at the Supreme Court, Ngatia feels the need to fight off claims that he is partial to the Executive. Some reckon that nominating him to the Chief Justice’s position will be the equivalent of the Judiciary handing itself over to its Executive executioner. He is perceived as someone with access to the president, and his appointment could be read as capitulation on the part of the Judicial Service Commission, which is engaged in a struggle with the president over the appointment of 41 judges it nominated, as well as reductions in the judiciary development budget.

In his application, Ngatia has disclosed that he donated KSh500,000 to the Jubilee secretariat in 2017 during a luncheon for professionals.

Ngatia’s allies consider him to be just the person to introduce structured dialogue over the appointment of judges and inadequate funding. He is keen to be seen as his own man, but, because of his regular advocacy for Uhuru Kenyatta in the courts, he is likely to be perceived as someone who will not need to break the ice to get conversations with State House going.

Ngatia has represented the Council of Governors as well as the National Assembly in the Supreme Court and believes that his experience would stand him in good stead in understanding the interests of the various institutions the judiciary has to deal with.

Already fabulously wealthy, Ngatia does not need the Chief Justice’s job but perhaps he feels the call of public service; a number of professional colleagues are pushing him to do something for the judiciary.

Although Ngatia defines his mission as focused on improving the work ethic and the speed in processing matters in the Supreme Court, he has not applied for the vacancy in the court, instead putting all his eggs in his application for the Chief Justice’s job. Ngatia is keen to deflect political attention from the Supreme Court, saying that it is established for reasons other than as a forum for politicians to flex muscle. Yet his application speaks just to those political anxieties. Jubilee Party had tasked Ngatia with identifying a suitable candidate to support for the position of Chief Justice but after that search collapsed, he put in his application.

Although Ngatia has never sat on the bench, he is a familiar presence in litigation circles, and has been repeatedly recognised by Chambers International as a top arbitrator in Kenya. At 65, few other judges in the Supreme Court can outrank Ngatia in seniority. This will likely calm fears about a Chief Justice who would overstay at the top by serving 10 years. His is the ideal age to serve for five years, dispense with one presidential election petition, and be gone before feelings harden against him. Ngatia is keen to deploy more information communication technologies to improve efficiency as he builds collegiality and civility in the courts.

Ngatia’s long client list includes Kamlesh Pattni when he faced a murder charge, Justice Philip Tunoi when he faced a tribunal investigating his misconduct, Judges Philomena Mwilu, Mohammed Ibrahim and Abida Ali-Aroni at the Judges and Magistrates Vetting Board, and the late Vice President George Saitoti when he challenged his prosecution over the KSh158 billion Goldenberg scandal. Ngatia also filed a complaint against Judge Joseph Mutava at the tribunal investigating him, calling him a serial liar. The judge was removed from office.

Ngatia shot to fame with his representation of Uhuru Kenyatta in the 2017 presidential election petitions. As soon as the 1 September 2017 nullification decision came in, Ngatia began preparing for the next petition – which followed in November after the fresh election. He has managed a frenetic 14-day petition, and believes the same leadership principles would enable him to lead the institution.

Yet, Ngatia does not consider the presidential petitions as his greatest achievement. The apogee of his law practice is the pro bono case former Chief Justice Willy Mutunga handed him when he requested Ngatia to represent death row suspects. His success in the Francis Kariokoo Muruatetu case at the Supreme Court, where it was declared unconstitutional to impose a mandatory death sentence on convicts, is what he considers his finest piece of work. Some 5,000 prisoners have since gone back to the High Court for resentencing.

Beyond his 40 years’ experience in the practice of law, Ngatia will be brandishing his freshly minted masters in applied philosophy to prove that a CJ needs a multidisciplinary approach. He researched euthanasia, which is prohibited in Kenya, and his research found that where it is administered, the moral questions it raises demonstrate that apex courts deal with questions of bioethics, theology, the transcendental nature of man.

Last year, Ngatia joined the hallowed ranks of Senior Counsel, and he will be battling the optics of ethnic balancing in joining a Supreme Court where another member of his Kikuyu community is also a long-serving member.