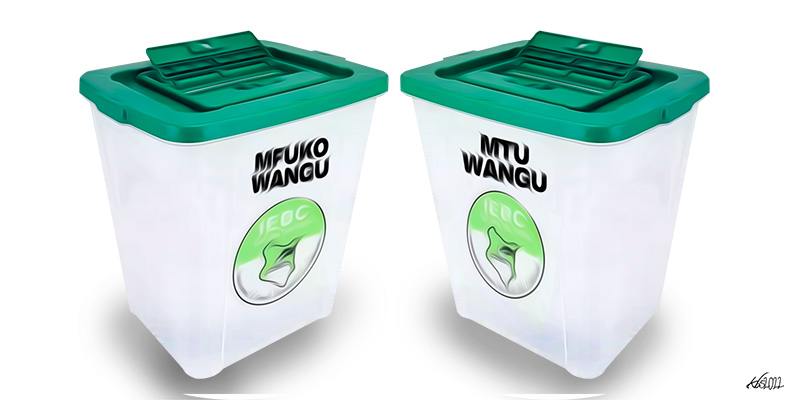 Change is coming, we are told. So is freedom. Or maybe freedom is already here? Politicians from both sides of Kenya’s current divide—from both the Azimio La Umoja and Kenya Kwanza alliances—are saying this. From Raila Odinga and William Ruto (the two main presidential rivals) downwards, candidates are insistent that after the elections Kenya will be transformed by an “economic revolution”. In Mombasa, for example, two rival candidates for the governorship each speak of “revolution”, as do other candidates and activists across Kenya. Why is this happening, and what does it mean?

Change is not a new message in Kenyan politics. Since the 1990s national elections have tended to pit political change against continuity. Continuity and stability was President Daniel arap Moi’s consistent offer, change and reform was the demand of those who struggled for multi-partyism and then for the new constitution. Odinga and the opposition Orange Democratic Movement (ODM) (including Ruto) promised that “change is coming” in 2007, while President Mwai Kibaki and the Party of National Unity (PNU) said kazi iendelee (let the work continue). In 2013 and 2017, Odinga, again the principal opposition leader, was the champion of change and Uhuruto (remember that word?) were the conjoined faces of continuity.

One of the many discombobulating things about the 2022 elections is that the polarity of the change/continuity contrast was first reversed and has now been eliminated. It was reversed when Ruto, after many years of alliances with dynasties—Moi, Odinga, Kenyatta—suddenly decided that they were a bad thing after all. He built a political message around economic inequality and the need for change that proved resonant; a success that should have been unsurprising, since years of a politics focussed on political reforms have not reduced the socio-economic gulf that runs through Kenyan society. Odinga, meanwhile, found that his rapprochement with Kenyatta had given him a political opportunity, but had also turned him into the candidate of the establishment. As a result, we were treated to the curious spectacle of Odinga, Kenya’s diehard radical, giving a pledge of “administrative continuity, while Ruto, after ten years at the top of government, assumed the guise of the insurgent.

Continuity apparently has its appeal—as past Kenyan elections have shown. But at a time of rapid inflation and economic hardship, its attraction may pall. A recent South Consulting opinion poll showed that a clear majority of respondents (64 per cent) think that the country is headed in the wrong direction and that people’s main concerns are economic (54 per cent identified the ‘High cost of living’ as their major concern). In such circumstances, promising continuity seems like a risky stance.  Sincere or not, Ruto’s campaign—propelled by a cost-of-living crisis that no one quite foresaw last year—has succeeded in dragging the political focus of the campaign onto economics. That is presumably why the Azimio campaign—now energised by the presence of Martha Karua as Odinga’s running mate—has also come to emphasise change, or even “economic liberation”, in recent weeks. Now Kenyan voters face two rival coalitions and presidential candidates, each promising change—and each casting that change as primarily economic.

How plausible these promises of change might be is another matter. At the core of Ruto’s campaign is the Hustler Fund—loans to enable Kenyans to realise their role as entrepreneurs. Opinion polls show that this is a popular promise—and it is true that for many years it has been argued that lack of capital holds back Kenyan farmers and businesspeople.

The Azimio economic promise for change is more diffuse. Odinga too says that change will mean easier access to credit—specifically for women. But the emphasis in the Azimio campaign is national unity and social welfare: better health care; better access to education (or maybe even free secondary and university education), and—the most novel aspect—social protection payments to two million households.

So there are real differences to the promise of change: differences that are about national policy. In terms of political reform it is surely true that—as John Githongo has eloquently explained—these elections are not about anything. But they are, at least potentially, about something—how to make Kenya more economically inclusive, as well as more prosperous. That policy difference has gone along with a reduction in openly ethnic politicking—at least, at the national level. Superficially, campaigns look quite similar to those of recent years: from the conspicuous extravagance of helicopters and huge billboards to the distribution of money to supporters, electoral behaviour seems to have become routinized. But so far there has been far less violence and tension in most of the country than in previous elections. Brazen attempts to mobilize on ethnic lines have become less common, at least in national politics – although at a local level there are still worrying cases of incitement, and there is still ample reason for concern over the danger of violence, particularly as candidates trade accusations about plans to rig the elections.

There are, of course, some serious questions about the affordability and viability of these promises. The Hustler Fund is hardly the first scheme to provide credit—there have been many previous ones, and they all tend to fall over, simply because administering lots of small loans is quite difficult (and can be open to abuse) and default rates tend to be high. Credit, after all, is another word for debt—and not all debts get paid. While the proposed fifty-billion-shilling-Hustler Fund is supposed to be revolving, it will only revolve if people pay back their loans. The bill for “Babacare” however, would also be very high—and that’s quite apart from the cost of the fuel and food subsidies introduced just before the election.

Which of these messages will win out in the context of campaigns that are simultaneously concerned with specific regional issues—the future of the port at the Coast, the implications of Uhuruto’s former alliance in Central and Rift Valley—is difficult to say in an election that is currently too close to call.  However, both campaigns are making promises they may not be able to afford to keep and would likely find it hard to deliver. Voters seem aware of this. Years of unfulfilled manifesto pledges have created something of a credibility deficit for government:  47 per cent of people in the poll mentioned above believed that, whatever the result of elections, there would be no change in Kenya.  Political reform and devolution were not easy to deliver; greater economic equality is likely to prove even more elusive.

While the proposed fifty-billion-shilling-Hustler Fund is supposed to be revolving, it will only revolve if people pay back their loans.

The two principals currently have their eyes on 9 August. But (like politicians elsewhere in the world) they might pause to think whether undeliverable promises may end up increasing the credibility deficit even further—with the longer-term effect of encouraging popular disaffection and undermining the political gains of the last few decades.

But—questions of affordability aside—we should probably celebrate the shift to focus on economic and social issues. Inequality and exclusion are the critical issues of the day and Kenyan politicians are not alone in struggling to offer solutions—as is evident from the political woes of incumbents in many countries. Kenyan elections have a reputation for being heated, controversial and driven by ethnic politics—the classic “ethnic census” election in which communities simply line up behind their communities. This was never really true, but the salience of economic issues in 2022 may finally put that myth to bed.

As noted above, there are still parts of Kenya where ethnic politics are very apparent—and even nationally, it is still possible that a very close and disputed presidential poll will suddenly ignite tensions. Complacency would be a mistake. But this time around, a combination of coalition calculations, the importance of the economy, and the fact that voters are increasingly fed-up of voting for ethnic patrons who don’t deliver, means that ethnicity seems less prominent than it has been in the past. Kenyan voters seem rightly sceptical as to whether “change is coming” in any immediate way—but the tone of these campaigns is a positive development that demonstrates that Kenya’s electorate cannot be taken for granted, and that ethnicity does not trump all other considerations. Maybe change has come?