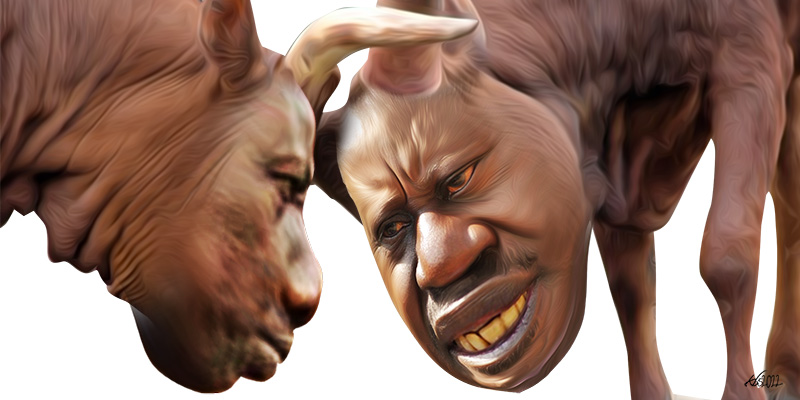 Kenya has made significant strides towards democratic consolidation, but recent developments suggest there is still much to be done. Since the return of multiparty democracy in 1992, Kenya has had six general elections with incrementally broad political party participation. The upcoming elections, the seventh, seem to be indicative of a threat to Kenya’s democratic consolidation for several reasons. For one, the number of presidential candidates is the lowest it has been since 1997 when fifteen candidates ran for president. In 2022, only four candidates made it onto the ballot: Raila Odinga, William Ruto, George Wajackoyah and David Waihiga. It must be said though, that more than 50 candidates applied to the Independent Electoral and Boundaries Commission (IEBC) for clearance to vie for president, a positive development. However, due to constitutional and statutory prerequisites, only four eventually made the cut, with two of them arguably occupying the fringes such that it is effectively a two-horse race between Odinga and Ruto.

Whilst the number of active political parties has increased with each election cycle, the irony is that the choice for the electorate is effectively binary. These parties often end up forming or joining two major camps with a view to appealing to multiple tribal bases as is the case in the upcoming election. For example, Odinga’s Azimio Coalition is made up of 23 parties while Ruto’s Kenya Kwanza Alliance consists of 9. The rigidity of the resulting binary choice often betrays the nuanced and diverse views that characterise robust multiparty democracies.

That Kenya finds itself in this situation three decades after the return of multiparty democracy is an indictment of the state of political parties. As opposed to rallying the electorate around common ideals, political parties often serve as tribal fiefdoms akin to special purpose vehicles dominated by strongmen laying claim to tribal legitimacy for a passing election cycle. It is unsurprising that the Friedrich Ebert Stiftung concluded that parties have “failed to articulate coherent ideologies, develop political programmes, establish national following and practice internal democracy” and instead have “tended to articulate interests on the basis of ethnicity, thereby intensifying already existing societal divisions, tensions and conflicts”.

Perhaps due to the absence of an organising principle beyond sheer self-interest, the practice of politics has seemingly left many Kenyans jaded, as explained by Patrick Gathara. Coupled with the fact that Kenyans are subjected to the same pool of candidates with recycled promises at every election, one cannot help but sympathise when the electorate find amusement in eccentric policy propositions by non-establishment candidates such as exporting snake venom to address public debt. Perhaps this nod to exploiting reptiles for gain is a metaphor for the reptilian behaviour of our political class who have consistently exploited citizens for gain.

Much has been said regarding the choice Kenyans face in the upcoming elections. The two major sides have both made bold claims regarding their suitability for office, but is there any substance to these claims, or are they simply two sides of the same coin?

A closer look at the candidates

Before selecting their running mates, the competition between Odinga and Ruto was dull and seemingly uninspired. With both having been in active politics for most of their lives, they had little to offer in the way of novelty. They are simply political dinosaurs from different eras.

However, the campaigns were injected with a fresh sense of dynamism and excitement with the selection of running mates. Odinga opted for former Gichugu MP, Martha Karua while Ruto chose Rigathi Gachagua, the current MP for Mathira. Cementing the reality that Kenyan politics is yet to move away from tribal equations, contrary to their own assertions, both chose candidates from the vote-rich Mt. Kenya region. Karua’s selection was arguably met with a lot more palpable excitement than Gachagua’s for several valid reasons: her selection makes her the first woman to make it onto a major presidential ticket in Kenya; she has a strong record advocating for human rights and the rule of law; and she is well known for her integrity. In fact, the choice to nominate Gachagua caught many by surprise, even within Ruto’s camp. Pundits suggest that Ruto likely chose the one-term legislator who has never sponsored a bill, due to his financial muscle and purported ability to mobilise voters within his community.

Perhaps this nod to exploiting reptiles for gain is a metaphor for the reptilian behaviour of our political class who have consistently exploited citizens for gain.

Since the deputy-presidential candidate nominations, there has been a clear effort by the Azimio coalition to play up the supposedly stark difference between the two camps. Taken side by side at face value, one may be forgiven for concluding that the decision is a no brainer: Azimio has two politicians who fought for Kenya’s second liberation and have come together at a crucial turning point in the country’s democracy. Kenya Kwanza, on the other hand, has two politicians both of whom have been implicated in major corruption scandals and one of whom has jointly overseen the economic mismanagement of the country for the past decade. However, as is often the case, there is more than meets the eye.

Without taking away from Odinga and Karua’s respective track records, their current cohesion is obviously born of convenience. In 2013, when asked if she would consider running alongside Odinga, Karua stated that there existed no shared values between them, and that as far as she was concerned, Odinga should retire for failure to stem corruption. This was a lot more measured than her sentiments towards the former Prime Minister in 2009 when she accused his party of planning ethnic cleansing. Aside from the difficulty in squaring off their current partnership, there also exists President Kenyatta’s lingering shadow over the Azimio campaigns. Over the past several months, the Azimio camp has enjoyed the benefits of a partisan state machinery. Odinga and Karua have had to walk the tightrope of claiming that they will reform the very system they are now relying on. From questionable endorsements by Cabinet Secretaries who are still in office, to the unsustainable continuation of fuel subsidies and the introduction of flour subsidies with only weeks to the election, both candidates expect an election bump from these patent voter manipulation strategies.

Reports of “weak” candidates being asked to shelve their ambitions in exchange for future appointments are increasingly common and the president has not hesitated to use what is left of his term to shape the political landscape. With less than a month left in office, the president and his cabinet appointed 142 individuals to various parastatals, state corporations and commissions, some of whom recently dropped their bid for political office. It is difficult to reconcile the fact that both Odinga and Karua fought for multiparty democracy with their apparent complicity with these electoral tactics. Raila, the establishment’s nightmare, has now become Raila, the establishment’s agenda.

The president’s considerable influence over the Azimio camp belies Azimio’s reformist credentials. However, the same sentiment rings true for Ruto’s Kenya Kwanza grouping. Over the past year or so, Kenyans have watched the Deputy President walk a different tightrope of having to distance himself from the Jubilee administration’s failures while taking credit for its successes, as we previously discussed. His selection of Gachagua, who only last year was charged with obtaining Shs7 billion by fraud, has done little to quell the scepticism around his candidature. While they have tried, with relative success, to shift the electoral dynamic towards economic justice and a populist narrative, their decisions around power sharing put them in the same boat as their opponents as being primarily driven by tribal considerations.  Their hustler narrative has certainly struck a chord.

However, whilst we ordinary Kenyans hustle our way through life, stuck in traffic, squeezed into inadequate public transport, harassed by corrupt police, Ruto and Gachagua look down from above at us, through the myriad of helicopters that are their means of transport and now symbolize their gilded lives. That truly is a different kind of hustle. Kenyans also cannot easily forget that Ruto was at the vanguard of resistance alongside Odinga, marching arm in arm in resisting the outcome of the 2007 general elections, which then triggered the outpouring of blood-letting across our nation. Were not Ruto and President Kenyatta also an inseparable pair, winning two general elections as a team? Behold them now, at each other’s throats, incapable of disguising the contempt in which they hold each other.

Kenyan politicians seem to take Otto Von Bismarck more seriously than he took himself when he said, “There are no permanent enemies, and no permanent friends, only permanent interests.”

Is there a valid choice?

Politics is supposed to be about servant leadership. Neither Odinga nor Ruto carry themselves with the gait of servant leaders. Both expect and demand power. Neither is a reformist candidate. Both represent continuity. Whilst Odinga was in the BBI team demanding reform of our hard won 2010 Constitution, at least he campaigned for it in the first place. Ruto campaigned against the 2010 Constitution and then campaigned against BBI, evidently then not out of any deep sense of conviction but based on political convenience. In the forthcoming polls then, it would appear that the outcome for Kenyans would in effect be the same no matter the choice.

Kenyan politicians seem to take Otto Von Bismarck more seriously than he took himself when he said, “There are no permanent enemies, and no permanent friends, only permanent interests.”

The key challenges that face us are democratic consolidation, separation of powers, uncontrolled graft, making devolution work for the people, climate change and, more pressingly, a sovereign debt crisis and rampant inflation that will not magically disappear, whoever is elected. Neither the Kenya Kwanza nor the Azimio camp fill one with any confidence that they have the wherewithal to overcome these challenges. As ever, it will be up to the Kenyan people to soldier on, to demonstrate their tenacity and fortitude, for civil society to continue to fight in the corner of democratic consolidation, for Kenyan business, finance and industry, which are creating African and global champions, to continue their creative growth, for friends of goodwill to continue to support Kenya and together for us all to hold government to account and at bay, to prevent their predatory instincts and to grow our nation brick by brick, day after day.