Kenya: Towards a New Social Contract 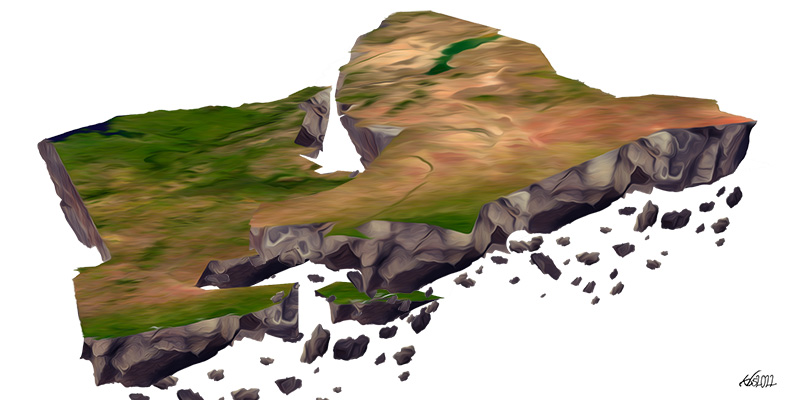 In April 2006, Kenya’s most famous historian, Prof. Bethwel A. Ogot, declared that Project Kenya was dead. Kenya’s 2010 Katiba provides a framework for reviving, if not Project Kenya, at least the debate around it.

For Kenya to deliver on its promise of “Natukae na undugu, amani na uhuru, raha tupate na ustawi” and revive Project Kenya, it must fundamentally redefine its relations with northern Kenya. The Constitution of Kenya 2010 has done the easy part by altering the nature, tenor, and tone of the engagement. However, the hard part is the full realization of the aspirations expressed in the national anthem and the Constitution. Leaders of northern Kenya and of the national government must transcend their mutual mistrust and forge the vision of a new shared future for this to happen.

Post-colonial relations between northern Kenya and the rest of the country evolved in three primary phases. These phases are not clear-cut, tending to overlap.

The first phase was the marginalization period—a carryover from the colonial period. During this period, security was the overarching lens through which independent Kenya looked at northern Kenya. The full incorporation of northern Kenya into independent Kenya started on the wrong footing. The region had voted in a 1962 referendum to secede from Kenya before independence; the outgoing colonial administration’s disregard of the referendum’s outcome triggered the “Shifta War”. While “Shifta” was the state’s primary justification for over-securitizing its relations with the region, the security posture extended way past the 1963-67 period of the war. Securitization is Kenya’s lingua franca in engaging northern Kenya.

The result is that northern Kenya turned into a giant garrison. The region has military bases or schools in almost every former district. Isiolo leads the pack; it houses the School of Infantry, the School of Combat Engineering, and the Kenya Army Armoured Brigade. Thus, to people of a certain age from the region, the government was a Nyap (an enemy), a perception justified by the rich history of human rights violations by state security agencies, including the massacres in Wagalla (1984), Bagala (1998), Malka Mari (1976), etc.

The region was agency-less; it existed at the whim of the national government. The relationship between the north and the rest of Kenya was hierarchical and unilateral — northern Kenya accepted whatever the government gave it.

The second phase, born out of the first, is the Serikali Saidia phase. During this period, former president Daniel Arap Moi was the central figure. In keeping with his modus operandi, he appointed leaders from the region into visible national positions as a token. These leaders acted as native gatekeepers while the national government maintained its securitization policy. As a result, politicians like Dr Bonaya Godana and Hussein Maalim Mohamed became regional kingpins. All that these leaders did at every public event was ask for serikali to help them. But Moi’s “benevolence” could not address the systemic policy that led to the region’s underdevelopment. The country’s first post-independence development plan, Sessional Paper No 10 of 1965: African Socialism and its Application to Planning in Kenya, created a dichotomy of low potential and high potential regions, where the trickle-down from the high potential areas would develop the low-potential areas. As per the policy, northern Kenya was a low-potential region, and therefore, the state invested little in it.

Creating an illusion of systematically addressing northern Kenya’s leaders’ “Serikali Saidia” cries suited Moi and the leaders from the region alike. The relationship between the north and the rest of Kenya remained unidirectional. The leaders could say to their constituents that they had taken their problems to Moi, and Moi could feel that he had addressed them.

The third period is the Katiba phase. The central plank during this period is the decentralization of power and resources through devolution. Devolution altered relations between the people and their leaders in northern Kenya, on the one hand, and between the county government and the national government on the other.

This phase is developing, and the rules of engagement are evolving, and people — not Nairobi, or the region’s members of parliament and senators — have become the critical factor. How this phase is handled has tremendous implications; the early part of the Katiba phase has shown that leaders in the northern region have not woken up to the reality of accountability. Similarly, leaders from other areas, especially central Kenya, still suffer from centralization hangover.

Devolution is the centrepiece of the 2010 Constitution, and with it some counties have received more resources in the last 10 years than they have since independence. Naturally, this has spurred discussions about northern counties benefiting disproportionately from the national treasury; this issue became a sticking point during the previous round of revenue-sharing formula negotiations in 2020.

Predictably, politicians from northern Kenya and from other marginalised areas resisted attempts by the national government to reduce budget allocations to counties. In contrast, the most vociferous supporters of the proposed reductions were the politicians from central Kenya under the nefarious one-vote-one-shilling-one-kilometre formula. They even instrumentalized the marginalization discourse, arguing that the current revenue allocation formula is reverse marginalization, with counties in central Kenya being the target.

Establishing equity in revenue allocation is a step on the road to making Kenya an equitable country as envisioned by the 2010 Katiba. However, for it to become a reality, not just in northern Kenya but across the country, equity must be paired with accountability.

Devolution is the centrepiece of the 2010 Constitution, and with it some counties have received more resources in the last 10 years than they have since independence.

Leaders from northern Kenya have been accused of living beyond their means while the region is one failed rainy season away from starvation. To be accountable is not merely to satisfy the demands of those using accountability opportunistically to cut county funds; it is also about ensuring that the people in whose name the money is allocated benefit from it. If anything, corruption is rife across the country, and it is not limited to northern counties alone.

Leaders from other regions should also consider equity when calling for cuts to county funds. Do the leaders from the other regions, especially those from Central Kenya, believe in what they claim when calling for reductions in the revenue allocations to counties, or are they merely playing politics? If they truly feel “marginalized” after 10 years of devolution, then they are in a position to feel what the people of northern Kenya have felt for over 40 years. No part of the country has benefitted from the national government’s largesse like Central Kenya has.

However, at issue is not if one region should benefit at the expense of the other. Rather, Kenya as a country will collectively benefit if all regions benefit. This is why equity is at the heart of the revenue-sharing formula.

Equity is not some esoteric concept but a lived brutal reality; 0.1 per cent of Kenyans own more wealth than 99 per cent of the population, while 36.1 per cent (2015) of the country’s population live below the international poverty line. Given this stark reality, living the “Natujenge taifa letu”, as inscribed in the national anthem, Kenya has to address inequity in the distribution of resources. That requires more than rhetoric and good documents.