Cuba Can Help Vaccinate the World 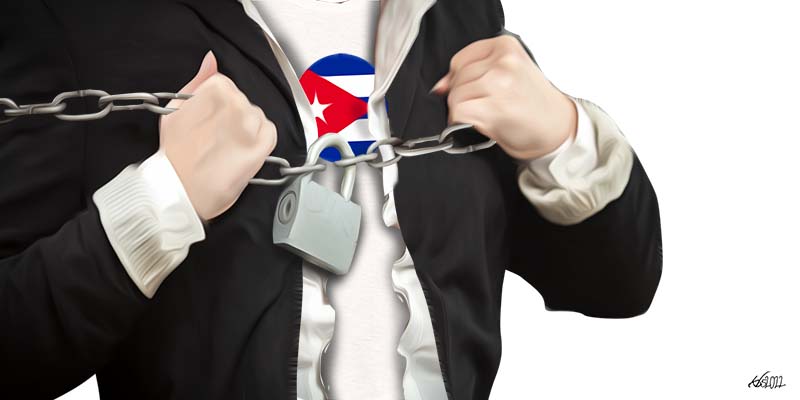 2022 began with a “tsunami” of new Covid-19 cases crashing over the world, according to the World Health Organization. Over 18 million cases have been recorded in the past week alone, a record number since the pandemic began two years ago. In the first 10 days of January, nearly 60,000 Covid-19 deaths have been recorded worldwide — though the total death count is far higher than the official statistics describe.

The Omicron variant is reported to have less “severe” implications among vaccinated patients. But the world remains perilously under-vaccinated: 92 of the WHO’s member countries missed the 2021 target of 40 percent vaccination; at the current pace of rollout, 109 of them will miss their 2022 targets by July.

These statistics tell a story of a persistent vaccine apartheid. Across the EU, 80 percent of all adults have been fully vaccinated against Covid-19. Meanwhile, only 9.5 percent of people in low-income countries have received a single dose. Omicron is a death sentence for thousands in these countries — and as the virus travels across the Global South, new variants will emerge that may be less “mild” for the vaccinated populations of the North.

But the governments of these Northern countries refuse to plan for global vaccination — or even meet their own pledges. By late last year, they had delivered only 14% of the vaccine doses that they had promised to poorer countries through COVAX, the UN vaccine-sharing initiative. Big pharmaceutical corporations are focused almost exclusively on production of boosters for the world’s rich countries, creating a shortfall of three billion doses in the first quarter of this year.

President Joe Biden could easily help fill this shortfall by compelling US pharmaceutical corporations to share their vaccine technology with poorer nations. But he has so far refused to do so. A new production hub in Africa — where only 3 percent of people are vaccinated — is now trying to replicate the Moderna vaccine. But without Moderna’s help, or Joe Biden’s executive action, production could take more than a year to begin.

Amidst this crisis of global solidarity, Cuba has emerged as a powerful engine of vaccine internationalism. Not only has the island nation successfully developed two Covid-19 vaccines with 90 percent effectiveness, and vaccinated more than 90 percent of its population with at least one dose of its homegrown vaccine, Cuba has also offered its vaccine technology to the world. “We are not a multinational where returns are the number one reason for existing,” said Vicente Vérez Bencomo of the Finlay Vaccines Institute in Cuba. “For us, it’s about achieving health.”

But the US and its allies continue to oppress and exclude Cuba from the global health system. The US blockade forced a shortage of syringes on the island that endangered its vaccine development and hindered mass production. US medical journals “marginalize scientific results that come from poor countries,” according to Vérez Bencomo. Meanwhile, the WHO refuses to accredit the Cuban vaccines, despite approval from regulators in countries like Argentina and Mexico.

That is why the Progressive International is sending a delegation to Havana: to combat misinformation, to defend Cuban sovereignty, and to help vaccinate the world.

Bringing delegates from the Union for Vaccine Internationalism, founded in June 2021 to fight the emerging apartheid, the Progressive International will convene Cuban scientists and government representatives to address international press and members of the scientific community in a showcase of the Cuban vaccine on 25 January.

The goals of the showcase are both local and global. Drawing attention to the promise of the Cuban vaccine and the perils of the US embargo against it, the showcase aims to forge connections between Cuba’s public biotech sector and manufacturers who might produce the vaccine and help the Cuban government recuperate the costs of its development.

In the process, the showcase aims to set an example of international solidarity in the face of the present global health crisis, advancing the cause of vaccine internationalism around the world.