No Country for Our Real Heroes: A Monument for the Mau Mau at Last, but No Land 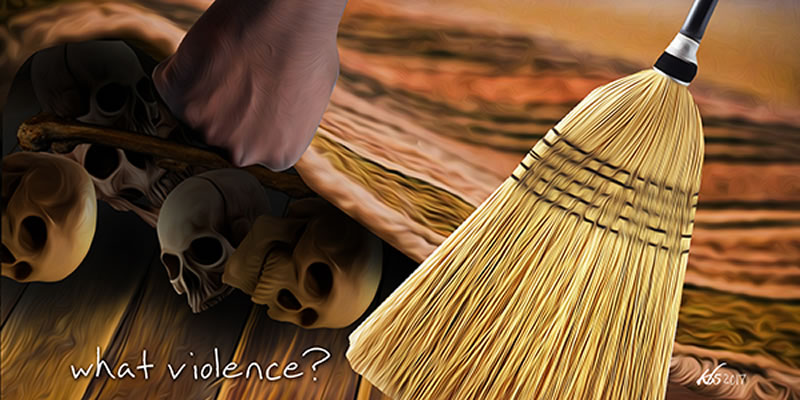 Mau Mau heroes now have a monument, but no land. Earlier this month, they were invited to the unveiling of this monument in Nairobi; a “memorial to the victims of torture and ill treatment during the colonial period 1952-1960.” They turned up in large numbers, the majority wearing bright red t-shirts emblazoned with the words “Shujaa wa Mau Mau” – Mau Mau hero.

In their hundreds, they were a sea of red and black amidst the green of Uhuru Park, watching avidly for when their monument would be unveiled in the section of this commons called “Freedom Corner.”

And while the British and Kenyan government and collaborating NGO representatives, all younger than the actual heroes, were sitting within an expansive white tent, these aging freedom fighters were sat under the hot sun, waiting for the official ceremony to begin. Some were said to have arrived as early as 6 am.

Finally, we could say, at least some recognition for our people who were classified as terrorists until 2003. Finally something to honour the bravery of all freedom fighters and the significance of that period in our history.

But, as social movement activist Gacheke Gachihi asked, what can we gain from a narrative that continues to posit them as “victim” instead of victor over the British? And even while recognizing the inhuman excesses meted out against them, what are the motivations for a rewriting of history that perpetuates a narrative of their victimhood and, as is appearing to be more and more the case, erases the full extent of their struggle?

Spoken interminably at the monument unveiling was the word “reconciliation,” followed closely by “ending” and “closure.” It seems that this monument is also meant to make us reconcile our past with all features of British imperialism; the £90,000 monument (an incessantly repeated figure) is where all further questions about the ravages of empire stop.

Inevitably, it seems also to be the national burial site for the land question.

Not one mention of it anywhere at this launch.

It was the elephant in the room, the solid yet invisible presence that no one spoke about. It was clumsily replaced by other buzzwords: reconciliation, closure, victimhood.

And while they turned up in their numbers, the show could definitely have gone on without the Kenya Land and Freedom army for in many ways these heroes were the appropriate props for the speeches and photo opportunities of innumerable people who were not Mau Mau, yet who will revel in the after glories of the praise that will come from being “important” at this event.

It is reported that these important characters then later went off to drink at the Norfolk, the oldest and, undoubtedly, most colonial of Nairobi’s hotels (even President Roosevelt stayed here in 1909 when he came to shoot half our wildlife to “collect specimens for the Smithsonian institute”) and whose terrace is “rumoured” to be the site where Africans were often shot for sport.

Meanwhile the actual shujaas then walked home, 80-year-old grandmothers bent over with no shoes walking through busy Nairobi to go back to their rural homes.

And in the the Nairobi headquarters of the Mau Mau, Mathare constituency, life continued as normal for Monica Wambui, a 101-year-old Mau Mau woman who has been living in her mabati tin house for the last 50 + years, and with no water, permanent shelter and still having to find her own firewood to cook.

And for this shujaa wa Mau Mau from Mathare, tells it all.

In this same place the descendants of these two heroes are caught in the spate of police killings that Mathare Social Justice Centre is working to document. And there will never be monuments for these young people who, in many ways, are also fighting for land.

A week later we are still being told about the £90,000 monument to “victims,” and being assailed constantly by the supposed generosity of the British government who solicited this monument at their “own” expense  (one twitter commentator remarked that this money is likely to have been easily raised from all the exorbitant visa fees Kenyans are charged to visit the UK) .

And in all the hyper-buzz about this memorial we choose to forget that the Kenya Land and Freedom army did not fight for a monument.

They fought for land.