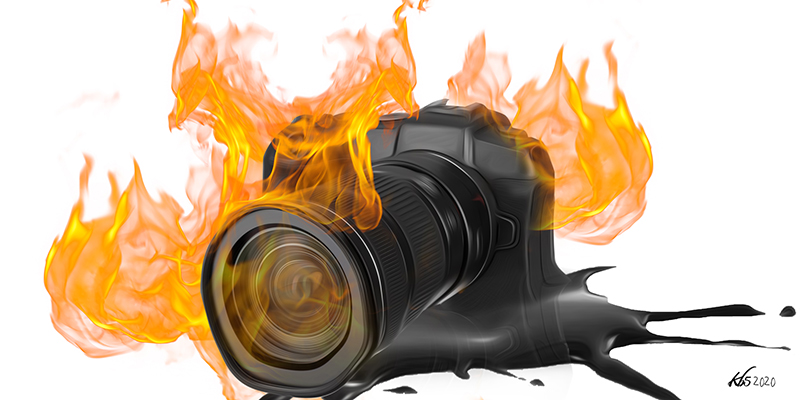 At least six journalists and one media worker were arrested – with four held for more than two days – and another was harassed while covering anti-government protests by civil society groups and opposition parties in the capital, Luanda, on October 24, according to news reports and Teixeira Candido, secretary general of the Union of Angolan Journalists (SJA), who spoke with CPJ via messaging app. All those detained were released without charge, Candido said.

“Angolan authorities must stop harassing and detaining journalists who are simply doing their work and must allow them to report freely,” said Angela Quintal, CPJ’s Africa program coordinator. “That three of the detained journalists and a driver were finally released without charge after more than two days in custody shows the police’s vindictiveness, as they were well aware that the journalists were simply covering the news of the day.”

Police forced two journalists from privately-owned Radio Essencial, Suely de Melo and Carlos Tome, photographer Santos Samuesseca of the radio station’s sister publication Valor Económico, and their driver, Leonardo Faustino, out of their car around 10:30 a.m. while the journalists were covering the protests, according to a statement by Evaristo Mulaza, the director of GEM Angola Global Media, the company which owns both outlets. In the statement, sent to CPJ via messaging app, Mulaza said that the journalists had identified themselves to police as journalists on assignment. He said that police beat the journalists and seized their cell phones and a camera. Geralda Embalo, the executive director of Valor Económico and sister publication Nova Gazeta, later provided further details of the assault via messaging app, saying the four were beaten with batons and kicked by police: “Nothing broken, [they were] just bruised, terrified humiliated…” Embalo said that police told De Melo: “Instead of covering demonstrations you should be looking for a husband.”

The four were taken to various police stations, until they were finally detained in Luanda’s Provincial Command, Mulaza said. The journalists and driver were interrogated by a public prosecutor and released without charge at 3 p.m. yesterday, he said, adding that no official had explained why the four had spent more than 50 hours in police custody. As of today Embalo said that the journalists’ equipment had not been returned.

CPJ spoke with Angolan police spokesman Nestor Gobel via messaging app on October 25, the day before the journalists and driver were released, and he told CPJ that police were working on getting the four out of custody. “Don’t worry things will be ok,” he said. Gobel did not respond to follow-up messages and a phone call regarding that and other incidents sent yesterday.

In a separate incident, two journalists who work for the private broadcaster TV Zimbo, Domingos Caiombo and Octávio Zoba, were detained and forced to delete their images of the protest on October 24, before they were released on the same day without charge, said Candido of SJA.

In another incident, two journalists, freelancers Osvaldo Silva and Nsimba Jorge who contribute to the French news agency AFP, were assaulted and harassed by police during the protests, according to both journalists. Silva told CPJ via messaging app that when he arrived at the protest, he was questioned by the police. He showed them his press credentials, but they insisted he needed police authorization to cover the protests. He said police hit him with their hands and truncheons, threw him on the ground and kicked him, and then bundled him into a police vehicle and confiscated his phone. He said he was taken to a police station and was released the same day but was unable to recover his phone until later. Silva said he returned to the protest, where police hit him on the buttocks, demanded his press credentials, and prevented him from taking photographs. Silva said he then left the protests. Nsimba told CPJ via messaging app that police wanted to confiscate his camera and when he resisted, they forced him to delete everything on his memory card; he said he was not detained.

In a statement provided to CPJ via messaging app, AFP’s Africa director, Boris Bachorz, said the agency strongly condemned the assault and urged Angolan authorities to ensure journalists can work without hindrance or threat. Candido urged the police to justify why they were repeatedly trampling on the rights of journalists and violating the right to media freedom recognized in Angola’s constitution.

Presidential spokesman Luis Fernando and Governor of Luanda Joana Lina did not reply to text messages seeking comment from CPJ yesterday or on October 25.