‘Sifanyi Kazi’: The importance of the MW v AN Case in Support of Care Work 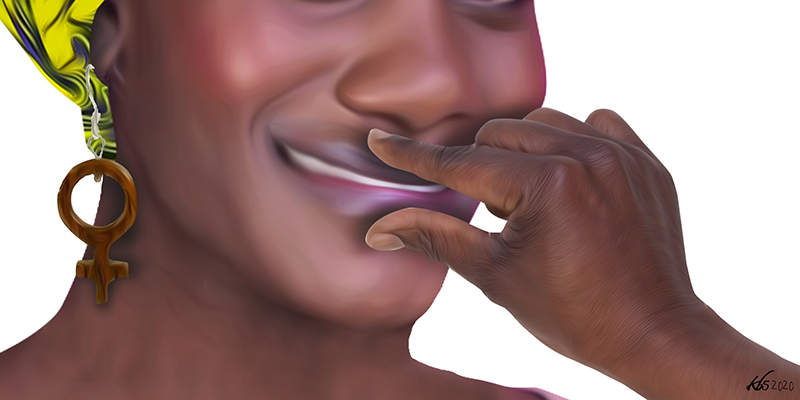 The COVID-19 pandemic has made visible — and at the same time put under additional strain — the work of caregiving. Caregiving is the labour that is socially necessary to provide food, clothing, and shelter. It involves care of immediate family and wider kin, and the maintenance and transmission of culture and language. It also involves providing emotional support. It is the work of maintaining daily life. However, caregiving and emotional labour are unequally distributed. They fall disproportionately on women. Although this labour is necessary for the economy because it produces fit workers, and raises children who are workers in waiting, this work is not included in calculating the gross domestic product — the total value of what a country produces (GDP). It is invisible. Little or no value is attached to caregiving roles. This invisibility is not natural but the outcome of political choices. One United Nations study suggested that if all the unpaid care work was valued in financial terms it would amount to between 10 and 39 per cent of a nation’s GDP.

This is one reason why the recent judgment of Justice Matheka in the case of MW v AN is so important. In this case, the High Court at Nakuru had to decide whether a wife (the plaintiff) had any rights in matrimonial property in the form of a house, which was built in Nakuru and registered in the name of the defendant (the husband). The couple had divorced and the wife argued that she was entitled to a share of the house both because she had contributed financially to its purchase and construction and because she had been the sole carer for the family, her ex-husband having played no role in family life and the upkeep of the home.

Article 45(3) of the 2010 Constitution brings into Kenyan law the aims of the Convention on the Elimination of Discrimination Against Women to further equality in marriage by providing that “parties to a marriage are entitled to equal rights at the time of marriage, during the marriage and at the dissolution of the marriage.” The constitution shows particular concern about “matrimonial property”. It required that parliament pass laws to regulate the recognition and protection of matrimonial property, and in particular the matrimonial home, both while the marriage lasts and when it ends (Article 68).

The law that was passed by parliament is the Matrimonial Property Act of 2013. Section 6(7) of the Act provides that matrimonial property “vests in the spouses according to the contribution of either spouse towards its question and shall be divided between the spouses if they divorce or their marriage is otherwise dissolved.” Justice Matheka held that the housework and care giving done by the plaintiff entitled her to half of the matrimonial property. The judge insisted that, in quantifying the contribution of the plaintiff wife, not only the direct financial contribution she made but also, crucially, her invisible contribution of housework and care giving, should be considered.

If all the unpaid care work were valued in financial terms, it would amount to between 10 and 39 per cent of a nation’s GDP.

The reasoning of the judge is important. She pointed out that because labour in the home is overlooked, it is often said that women “contributed nothing”. It is thus “easy for the spouse working away from home and sending money to lay claim to the whole property purchased and developed with that money by the spouse staying at home and taking care of the children and the family.” But, Justice Matheka said, that approach misunderstands “the nature of the job” and “that can no longer be a tenable argument.” Instead, the judge sought to quantify the full contribution of the plaintiff, including her non-monetary contribution in the form of caregiving because she took care of the children without her husband’s presence to parent them together with her.

This case is very important for the judicial recognition it gives to woman’s unpaid work in the home. Across the world, including in New Zealand and Colombia, courts are grappling with the question of women’s unpaid labour and how to ensure their fair acquisition of an interest in the family home. Courts are recognising that this unpaid labour can amount to a non-monetary contribution to the acquisition of property. MW v AN acknowledges the great cultural barriers to recognising that women’s work in the home can be quantified and compensated. It acknowledges that not to recognise and quantify this form of work discriminates against women because this work is most often done by women. It underlines that, although this work is valued culturally, it is rarely compensated financially. The case gives judicial backing to the need to question the statement “sifanyi kazi” — I don’t work. In truth, women expend much time and energy in the physical, mental and emotional labour of raising families.

In MW v AN, as in the earlier case of Echaria v Echaria, which also involved marriage and a woman’s interest in the family home, the care being provided was to children. The property in question in both cases was marital property. These cases were governed by marriage law.

I would suggest that an important next step would be the extension of recognition of women’s care work to inheritance law cases. Inheritance remains the single most important way in which women acquire property. Prof. Faustin Kalabamu’s research in Gaborone has shown that women’s care of their elderly parents is often accompanied by promises that the parents will compensate their daughter by bequeathing some property to her in their will. Prof. Kalabamu’s research has studied how women inherit land, housing and other household assets in Botswana. It has shown that whereas in the past women were largely excluded from property inheritance, nowadays parents are more willing either to share their estate equally among all their children or, in fact, to favour daughters over sons. Prof. Kalabamu attributes this change in part to parents’ willingness to compensate the labour of unmarried daughters who provide care for their aging parents.

An important next step will be the extension of recognition of women’s care work to inheritance law cases.

Needless to say, this change in inheritance practices is contested by male kin such as brothers who ordinarily expect to inherit everything. When these cases come before the courts, judges will find themselves having to ask the same questions about women’s non-monetary contributions through their care work as we have seen in the MW v AN case. This can arise, for example, because a daughter might claim that she provided care to her elderly parents in reliance on their promise that she would be compensated through inheritance. The labour of care that women have undertaken will need to be acknowledged and quantified so that the court can decide what interest they have acquired in the family home.

Acknowledging that caring for a family is work, and that it is fair that women can acquire some degree of interest in the family home as a consequence of this contribution, is a very important step for the judiciary to have taken. It is entirely in keeping with the constitution. It is a reminder that gender equality in relation to property does not come about only through land law. We must be attentive to marriage law and inheritance law too. The judiciary has an important role to play in recognising, quantifying, and compensating women’s labour in the home.