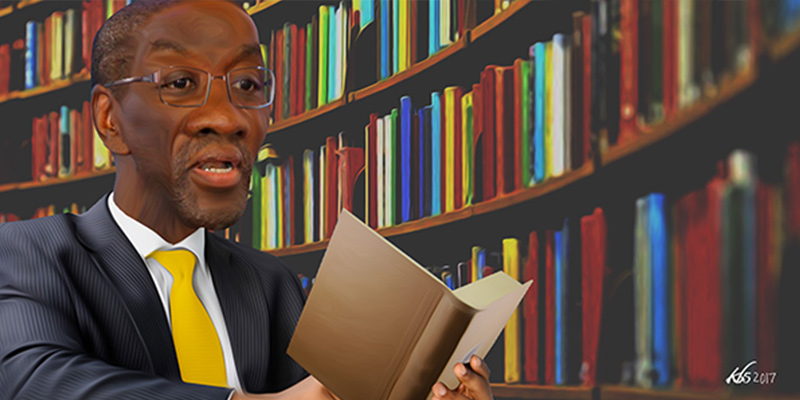 On 28 June 2021, the Human Rights Council of the United Nations called on the UN to set up a panel of experts to investigate systemic racism in policing against people of African descent. This call came one year after the police murder of George Floyd in the United States. The UN panel of three experts in law enforcement and human rights will investigate the root causes and effects of systemic racism in policing, including the legacies of slavery and colonialism, and make recommendations for change. Willy Mutunga, the former Chief Justice and President of the Supreme Court of Kenya has been nominated by a number of international organisations to be one of the three experts. International human rights activists are calling on the government of Kenya to join with others in Global Africa to support the nomination of Willy Mutunga.

The government of Kenya is strongly placed to support the nomination of its native son, an internationally respected jurist. Kenya is currently a member of the UN Security Council and an influential member of “A3 plus 1”, the partnership between the three African members of the Security Council and the Caribbean member of the UNSC, St Vincent and the Grenadines. Last week on 7 September, President Uhuru Kenyatta co-chaired the African Union, Caribbean Community summit. This meeting between the AU and the Caribbean states agreed to establish the Africa, Brazil, CARICOM, and Diaspora Commission. This Commission will mature into a politico/economic bloc embracing over 2 billion people of African descent. Kenya, with its experience of reparative justice from the era of the Land and Freedom Army, has joined with the Caribbean to advance the international campaign to end the dehumanization of Africans. African descendants around the world have lauded the 2021 Human Rights Council Report for calling on the international community to “dismantle structures and systems designed and shaped by enslavement, colonialism and successive racially discriminatory policies and systems.”

Background to the nomination of Hon Willy Mutunga

The murder of George Floyd on 25 May 2020 led to worldwide condemnation of police killings and systemic racism in the United States. The African Members of the UN Human Rights Council pushed hard to garner international support to investigate systemic racism in policing in the United States. In the wake of the global outcry, there were a number of high-level investigations into police killings of innocent Blacks. Three distinguished organizations, the National Conference of Black Lawyers, the International Association of Democratic Lawyers and the National Lawyers Guild convened a panel of commissioners from Africa, Asia, Europe, Latin America and the Caribbean to investigate police violence and structural racism in the United States. Virtual public hearings were held in February and March 2021, with testimonies from the families of the victims of some of the most notorious police killings in recent times.

In its report, a panel of leading human rights lawyers from 11 countries found the US in frequent violation of international laws, of committing crimes against humanity by allowing law enforcement officers to kill and torture African Americans with impunity and of “severe deprivation of physical liberty, torture, persecution and other inhumane acts”.

Among its principal findings, the Commission found the US guilty of violating its international human rights treaty obligations, both in terms of laws governing policing and in the practices of law enforcement officers, including traffic stops targeting Black people and race-based stop-and-frisk; tolerating an “alarming national pattern of disproportionate use of deadly force not only by firearms but also by Tasers” against Black people; and operating a “culture of impunity” in which police officers are rarely held accountable while their homicidal actions are dismissed as those of just “a few bad apples”.

After the Commission’s report was published, the convening organizations’ Steering Committee mobilized international public opinion to publicize its findings. Former CJ Willy Mutunga was one of the jurists in Africa who worked hard to publicize the report’s findings and recommendations.

It was in large part on the basis of these findings that the Human Rights Council issued its own report at the end of June. The United Nations decided to set up a panel of experts to investigate systemic racism in policing against people of African descent, adding international weight to demands in the United States for accountability for police killings of African Americans, and reparations for victims. The panel of three experts will have a three-year mandate to investigate the root causes and effects of systemic racism in policing. Many organizations have submitted names for suggested panel members. Legal experts from Global Africa and international jurists have recommended Willy Mutunga to be one of the three panellists. Thus far, the following organizations have endorsed the candidacy of Willy Mutunga:

There are now calls for the government of Kenya to step forward to be more proactive to lobby the Human Rights Council and to write letters to its President, H.E. Nazhat Shameen Khan (hrcpresidency@un.org), endorsing the candidature of Dr Mutunga. His CV is included for those who want to write to the Minister of Foreign Affairs for Kenya to lead the endorsement of Willy Mutunga.

The Steering Committee of the International Commission of Inquiry on Systemic Racist Police Violence in the United States is coordinating the campaign for Dr Willy Mutunga to be appointed by the UNHRC as a member of the International Expert Mechanism to monitor compliance of the UNHRC findings and recommendations.

The Government of Kenya and Human Rights groups are kindly asked to send copies of their endorsements to the Coordinator, International Commission of Inquiry on Systemic Racist Police Violence in the United States, lennoxhinds@aol.com.