Every Worker Is Essential and Must Be Guaranteed Social Protection, No Matter What

By Christy Hoffman and Myrtle Witbooi 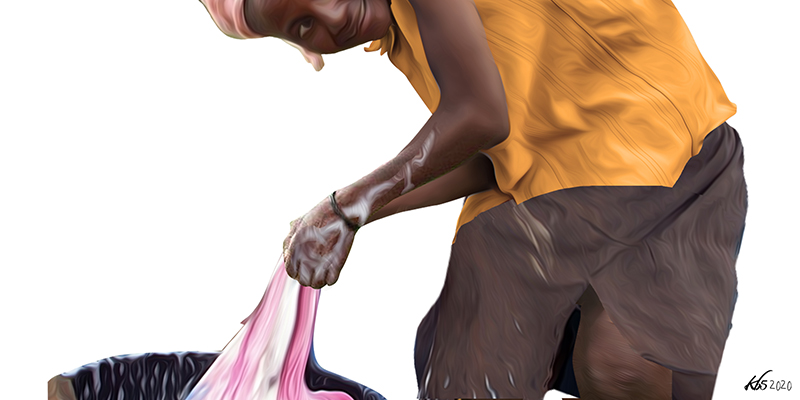 The COVID-19 pandemic has caused an unprecedented disruption to the global economy and a massive increase in unemployment — exacerbating the ongoing crises of inequality. Despite massive public investment in mostly wealthy countries, worldwide, too many workers are living in extremely fragile conditions and directly feeling the effects of decades of austerity programs aimed at cutting social protections to the bone — and limiting workers rights.

Right now we are at the crossroads. As the world begins spending trillions to lift us out of economic crisis, unions and organizations representing workers in both the formal and informal economy sectors are forming new alliances to ensure the legacy of the pandemic is one of improved working conditions throughout the world.

To illustrate this point, let’s consider caregivers. Caregiving is one of the most common and rapidly growing professions. The COVID-19 pandemic has shown us repeatedly just how essential caregivers are. Caregiving might also be one of the most diverse yet in demand roles in the entire world. While nurses operate for the most part in the formal economy, often in a hospital or institution, care providers in a domestic setting may actually live with their employers and can be called upon 24 hours a day with few avenues for recourse.

For us, as long-time advocates of workers in the formal and informal economies, the time has come to work together to demand universal social protections like a living minimum wage for all and access to healthcare and paid sick leave. We must fight to change the global rules through mandatory human rights due diligence laws and other steps to enable workers to exercise their rights to bargain collectively.

The recent report from the International Labour Organization (ILO) only underscores the urgency. The ILO found that over half of the global population lacks any form of social protection. This is the case even after the unprecedented expansion of social protections that took place following the global outbreak of COVID-19.

In 2020, just 47% of the world population had effective access to at least one social protection benefit, the ILO found. The remaining 53% — up to 4.1 billion people — had no protection at all.

Take this in contrast with a global study from earlier this year from the ITUC and UNI Global Union that found 98% of the world’s workers are not getting the sick pay, wage replacement and social benefits they need to address the challenges of COVID-19.

Active government policies will make the difference. We cannot fully recover or rebuild a better world if we don’t urgently and effectively protect all people, including the 61% of the global workforce who labor in the informal economy. When these workers aren’t recognized for the work that they do, not only are their basic rights breached, but their access to collective bargaining mechanisms and unionising is withheld.

In South Africa, this year, domestic workers achieved an historic victory that deserves examination. Since 2000, the South African Domestic Service and Allied Workers Union has been campaigning for a suite of laws that would extend protections to domestic workers. Eventually, after many years of campaigning, the laws passed, but one of them, which would provide compensation for work-related injury or illness known as COIDA, still excluded domestic workers. After the tragic death of a domestic worker in the employer’s swimming pool, organizers in Pretoria lodged a complaint. It took five years, but the high court declared the exclusion of domestic workers unconstitutional in 2020.

Domestic workers are now covered under South Africa’s COIDA because domestic workers organized and demanded change against all odds. We raise this example because active government policies are critical to protecting workers and raising standards. There are too many attempts at excluding entire groups of workers and while they are usually unconstitutional, it takes years for workers to win.

A strong recovery for domestic workers, street vendors, agricultural workers, and other informal economy workers will be the linchpin for a strong global economic recovery. At the Essential for Recovery Summit, we’ll join workers from around the world to make an urgent call to national governments and international organizations to address our demands for better income and social protections so we can weather this crisis and also build a better future for ourselves.

To allow the sector to expand without formalizing protections, and union representation, threatens to make harsh and often grim working conditions worse. For Myrtle who found her voice organizing during apartheid in South Africa, the goals have always been clear: essential protections for caregivers, the majority of whom are women and often immigrants or racial and ethnic minorities. And as Christy has said: “To put health and safety first — and put the virus to rest — we will need more collective bargaining and unions in the care sector.”

Caregivers and their communities have been particularly impacted, both economically and health-wise by the virus, making the need to uplift their working conditions and wages even more urgent. If we do not address these fundamental inequities, the lasting impacts of the pandemic will be a system worse than what we started with, which already was not supporting and protecting workers. Our key global demand is for all workers of the formal and informal economy to be guaranteed social protection.

This article was first published by Progressive international.