Somalia’s Election Is Already Rigged: The Question Is, For Whom? 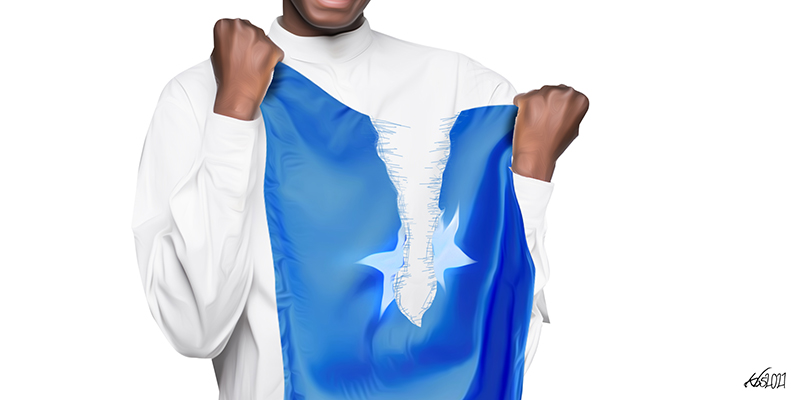 On 4 July, the leadership of Somalia’s Federal Electoral Implementation Team (FEIT), was elected through a disturbingly opaque process that produced a close Farmaajo associate, Mohamed Hassan ‘Irro’, as Chairman and Mawlid Mataan Salaad, a proxy of NISA chief Fahad Yasin, as Vice Chairman. Their appointment was orchestrated by an interim electoral body chaired by a prominent member of the Islamist organisation, Al-I’tisaam. These latest developments confirm what many have long suspected: Somalia’s upcoming election is being – and arguably already has been – rigged.

The incremental changes to the electoral model have consistently favoured Farmaajo, with each modification taking the process further away from the election that brought him to power. Since Farmaajo won the 2017 contest, it begs the question why he now demands significant changes to the electoral model. The answer is self-evident: he knows that he cannot win with a level playing field – even with Fahad Yasin’s money and Islamist networks behind him – and is adamant that the outcome must be pre-determined.

It may now be stated with confidence that he has succeeded in rigging the poll, but that doesn’t necessarily mean that he will be the beneficiary. Somali electoral politics are far more complex and treacherous than that.

To date, rigging the election has involved the following elements:

Each of these measures is intended to nudge upwards the number of future MPs beholden to Villa Somalia. Although it’s highly unlikely that this will achieve the majority of votes required to secure victory in the first round of the presidential election, it is intended to produce the largest single block of votes for any given candidate, moving into the second round. Fahad’s associates from the post-jihadist Islamist movement, Al-I’tisaam, are all working towards the same end.

Farmaajo currently stands to be the main beneficiary of this ongoing electoral manipulation. Close observers estimate that he will be able to muster roughly 70 votes going into the first round of the presidential election – probably the largest single block, without obtaining the simple majority needed to win outright. This potentially gives him an advantage going into the second round, where the losers typically pledge their voting blocks in support of one of the four remaining candidates in exchange for political favour.

Opposition candidates are well aware of these machinations but are reluctant to cry foul, accuse acting PM Roble of serving as a dupe, or be labelled by international partners as ‘spoilers.’ Moreover, some leading candidates have begun flirting with Fahad Yasin, hoping to win his favour as an alternative to Farmaajo. Instead of challenging the integrity of the electoral process, they seek to disqualify Farmaajo by accusing him of trafficking Somali youths to Eritrea for military training and concealing their participation in the Tigrayan conflict: actions they contend make him unfit to hold future public office.

Opposition collusion with Fahad Yasin is opportunistic and misguided. It was at this stage, in 2017, that Fahad’s cunning betrayal of incumbent President Hassan Sheikh, produced a stunning electoral upset. Having served as Hassan’s campaign manager in 2012, Fahad penetrated his 2017 campaign team and swung the incumbent’s votes behind Farmaajo. In so doing, he secured victory for his chosen candidate and earning himself the role of power behind the throne or — in the words of some foreign diplomats — “puppet-master.”

The question now is not whether the upcoming electoral process has been rigged, but whether Fahad has rigged it to Farmaajo’s advantage or, recognising that the ex-president is damaged goods, has another flunky in mind.

Somalia desperately needs new leadership to restore constitutional rule and to set its teetering political transition back on track. Farmaajo’s removal would therefore be a welcome step. But if Fahad and Al- I’tisaam continue to hold the levers of power, then Somalia will remain on its current ruinous course.