By Jacqueline B. Husary 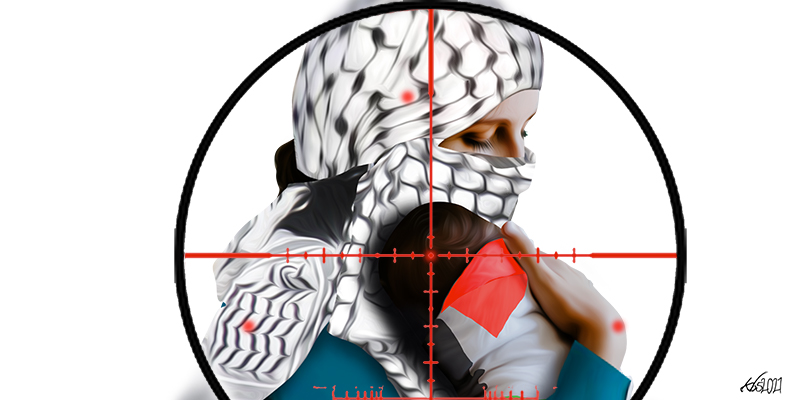 If you have ever had a hard time imagining how countries like the US, Canada and South Africa were created, just take a look at what’s happening in Jerusalem right now; you are witnessing the implementation of settler colonialism on your smartphone and high-definition TV screens in real time, pure and simple. As I sit on the unceded land of the Chochenyo Ohlone, I cannot help but reflect on how what we are currently watching take place in the Jerusalem neighbourhoods of Sheikh Jarrah and Silwan is precisely what has been happening here — to every single native community — since the invasion of the Americas in 1492.

Reading US textbooks or watching the mainstream US media may lead one to believe that building the United States was a benign and steady process. Much like the turtle racing the hare, the US was built brick by brick, over time.  In step with a series of land purchases, settlers on this new frontier established new laws and an economy that powered the fulfilment of their manifest destiny. In Israel, they made the desert bloom; in the United States, Indians were civilised and assimilated.

But the reality is that the invention of these legal, political, security and economic systems has served as the pretext to violently lay claim to land and resources and dispossess indigenous peoples. These co-constitutive systems allow land and resources to become subordinated to modern property regimes that are contingent on prevailing concepts of race and racial difference.  In Palestine, as in the United States, this manifests as land and property being designated for the descendants of the “chosen” people, to be enjoyed and deployed at will. We are seeing, in Palestine, that possession of property amounts to having the power of the state at one’s disposal.

This is precisely because the state’s legitimacy relies on us buying into the necessity of these systems for our own survival. This buy-in is the very mechanism by which settler colonialism endures. Settler colonialism is deemed successful when these systems become a fait accompli even among the most critical. For example, despite the concept of property having these nefarious origins, many of us aspire to “own a little piece of land”.  What we are seeing in the Sheikh Jarrah and Silwan neighbourhoods is the legitimisation of these systems, created by the colonial powers with the explicit intent to dispossess the indigenous people. Thus while the planned eviction of the Palestinian families is described as a “real estate dispute”, it is, in essence, the state of Israel legislating the dispossession of the Palestinian people.

For the Iskafi, Kurd, Jaanoi and Qassem families who were ordered by Israeli courts to evacuate their homes in Sheikh Jarrah, the implementation of settler colonialism is brutal and unsettling.  In the 73 years since its founding, the State of Israel’s appropriation of Palestinian land has gone unabated, and almost always under the pretext of security, or “natural growth”, that it grants only to its settler population.  For years, Adalah, the Legal Centre for Arab Minority Rights in Israel, has been documenting how Israel’s legal system serves as a facade to support claims to appropriate maximum land for exclusively Jewish settlement, primarily through the non-governmental front, the Jewish National Fund.

State-sanctioned vs. fringe violence in the colonial world

As Martinican psychoanalyst and political theorist Frantz Fanon noted, the ordering of these regimes is ruled by violence. Whether in the United States, Palestine, or elsewhere, occupation, land dispossession, and home evictions are always violent acts. The violence takes on two forms: state-sanctioned and fringe. The militarised policing of Palestinians, their land, and their homes, is state-sanctioned and thus deemed legitimate to preserve law and order among a population deemed hostile. The deadly closure of the Gaza Strip and the indiscriminate killing of Palestinians in Gaza by air, land and sea are justified as “Israel having a right to defend itself”.  It is even in the name, Operation Law and Order, which Israel deployed to arrest more than 1500 Palestinians who protested across historic Palestine against the assaults on their people in Gaza and Jerusalem.

Whether in the United States, Palestine, or elsewhere, occupation, land dispossession, and home evictions are always violent acts.

On the other hand, the angry mobs of far-right Israeli settlers chanting “Death to Arabs” and organising over chat apps to carry out attacks against Palestinians, are  considered to be “fringe”.  Officially, the state must distance itself from, and denounce these displays of settler violence, in order to maintain its international standing as the “only democracy in the Middle East”.  In practice, however, the state actually benefits from this violence and needs to stay tethered to this extremist version of Zionism, to achieve the vision of Eretz Israel.

Furthermore, this violence is not new, nor is it an anomaly. This was evident in the lynchings perpetrated in the so-called “mixed cities” by secular and liberal Israelis considered to constitute the mainstream of Israeli society. And let’s not forget that violence was foundational to establishing the state; many of Israel’s founding fathers were members, and often leaders, of the militias that carried out terrorist attacks to force Palestinians to flee their homes.

The necessary evils of settler colonialism

Don’t be mistaken, what’s happening in Sheikh Jarrah is not merely a legal dispute between property owner and tenant coming to a head.  Nor is this the first time that these families have had to endure Zionist colonial violence. Let us recall that the families now fighting their expulsion from their Sheikh Jarrah homes are originally from Haifa, and were among the 750,000 displaced Palestinians whom Israel denies the right to return to the homes they fled for their lives in 1948.  That these families are at risk of being displaced for a second time, under the auspices of laws written to protect the Jewish character of Israel, is evidence of how hard Israel makes it for Palestinians to survive in their homeland.

This could not have been made more obvious than by the New York-born settler occupying a part of the El Kurd home in Sheikh Jarrah.  In an interview, and in his own less than eloquent way, he suggests that the dispossession of Palestinians is “a necessary evil”.  His attitude is not new, but rather it is emblematic of the “necessary evil” that culminated in the dispossession of over 80 per cent of the Palestinian population in 1948.

This necessary evil also has a name: settler colonialism. By naming it, it can be properly situated in the historical, political, economic and legal matrices the new state has invented to obfuscate the fact that Palestinian belong in their land, which have led to a process of protracted dispossession for nearly a century. Thus the protests we are seeing throughout historic Palestine, and in the global Palestinian Diaspora, is a people resisting their erasure by a system that is designed to make their existence as non-Jews in their homeland unbearable.

Displacement as an enduring insecurity

The resistance being exhibited by Palestinians across all of historic Palestine should not be understood in the terms set forth by international media and the Israeli and US governments. Words matter, and phrases such as “flare up” and words like “clashes” do not only ahistoricise and decontextualize what has materially been at stake for Palestinians for more than seven decades. These terms also diminish the strength of the human impulse to resist erasure. Like the majority of the world whose lands have been colonised, Palestinians know all too well the sense of enduring insecurity that losing one’s home and homeland engenders in a people and in subsequent generations.

Sheikh Jarrah is also the site where a foreign settler population is unabashedly invading and occupying Palestinians’ most intimate spaces: our homes. Losing one’s home, whether by bank seizure, as we saw after the 2008 economic crash, or by colonial design, as we see in Palestine, leaves a feeling so visceral, and a trauma so deep, that it casts a shadow of dread and affects nearly every decision in one’s life. I know this feeling all too well. I am the granddaughter of Palestinians who fled their homes in al-Lydd (Lod) and Yaffa in 1948 and were not allowed to return. Then at thirteen, I too experienced displacement when my family surrendered our home to the bank in the midst of an economic recession. Before having the vocabulary to name it, my family’s experiences made clear that the system is to blame.  After all, a system that is indifferent to, and/or facilitates losing what should be most secure, is a failed system.

Palestinians know all too well the sense of enduring insecurity that losing one’s home and homeland engenders in a people and in subsequent generations.

As I watch what my people continue to endure, nothing will ever convince me that what we are seeing unfold in Jerusalem today, or that what has unfolded over and over again in Palestine for nearly a century, is justified. And yet this “necessary evil” is relentless, despite the trauma, despite the condemnations, and despite its immorality.

Just as enduring as these systems, is the resistance that colonised peoples put up against their erasure at all junctures and in all ways. Despite all the might Israel enacts against Palestinians, with the myopic support from US media and government, and despite all efforts to negate their belonging to Palestine through an invented matrix of legal and discursive fallacies, Palestinians will continue to resist. Besides the 24-hour news cycle and access to videos in real time, what is different today from when the first settlers invaded Turtle Island, is that we know what the logical conclusion looks like. It looks like us, and we have no excuse.