Mr President, in the Name of the Constitution, Swear in the Judges 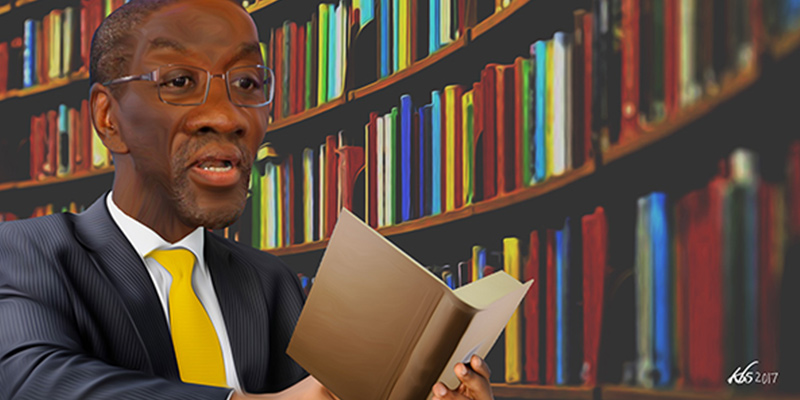 I have elected to speak elaborately and strongly on this issue because when apparently innocuous and blithe breaches to the Constitution begin to occur, especially from the highest office in the land, they signal a dangerous dalliance with impunity. This is particularly so when these occurrences are intentional, persistent, defiant, and brazen – fuelled by an inexplicable determination to overrun the barricades of Kenya’s constitutional order.

There is a reasonable presumption that anyone seeking public office would be familiar with the Constitution. The presumption is even stronger that such persons have read, re-read, and understood provisions specific to the office they seek and, consequently, fully comprehended the allocation and demarcation of power and authority thereto. If they haven’t, then they don’t deserve to be in those offices in the first place. If they have, they have an obligation to respect every provision. That’s the meaning of public officers taking an oath before assuming office to protect, defend, and promote the Constitution, and to abide by all other laws of the Republic.

Nothing in the oaths says, ‘I will obey and protect only those aspects of the Constitution that I find convenient and self-fulfilling; so help me God’. The oath is comprehensive, total, and unqualified; and its administration is not an exercise in jest, but rather a very solemn commitment to conscience and to country; to self and to the public, in the performance of public duty held in trust for the Kenyan people. If any public officer does not like the powers the Constitution donates to them, or find the exercising of those powers annoyingly inconvenient, they have no business continuing to occupy those offices. Resignation and early voluntary retirement are readily available options that the Constitution merrily provides, in order to protect itself from individuals who may find further fidelity to its edicts a burdensome enterprise.

The provision on the appointment of judges is clearly articulated in Article 166, as well as the Judicial Service Act. The JSC discharged its mandate properly and completely in 2019 by recommending for appointment 41 judges. The president, by dint of plain, clear constitutional provisions, and numerous court orders, is obliged to appoint all the recommended judges without hesitation, review, or negotiation.

It is disappointing that this standoff, needlessly occasioned by presidential obduracy, has recurred. Sadly, it has done so in a manner that lowers the esteem of the office, undermines the rule of law, and erodes public confidence both in the elevated majesty of statecraft, and in the granularity in administration of justice.

In 2015, when this issue first emerged, the JSC and the president openly discussed the matter, and agreed on a framework that not only respected the constitutional processes but also acknowledged the unique nature of the presidency. Under this framework, it was agreed that, if the president has any adverse reports on any shortlisted candidates for judgeship, he, both in his privileged position as Head of State, and as a citizen of Kenya and a member of the public, would share that report with the JSC at that stage (not later) in the recruitment process. However, in the interest of fairness, these reports or allegations – just like all the others the JSC receives – would be put to the candidate for his or her response, before the Commission makes a determination on the suitability of that candidate. This is such a fair and common-sense approach that has worked before. In the recruitment of the 41 judges, the president did not present any adverse reports at the appropriate stage, leaving JSC with no option but to make recommendations for appointment.

I rehash this account in the public interest, and because statesmanship requires honour. It abjures petulance. The president’s conduct in this matter has been beneath the dignity of that high office. For two years he has subjected several advocates to untold personal suffering for no reason at all and called into question the integrity of serving judges and judicial officers without any due process. That the president has finally gazetted 34 of the 41 (one had in the meantime died) advocates recommended two years ago following an inexplicable and dishonest delay, speaks to an exercise of power that is egregious, reckless and insensitive.

Most disturbing is the president’s decision to omit the names of six judges and judicial officers from the list. Strikingly, the presidential ‘list of hate’ has even mysteriously changed, meaning that the objection to the judges’ nomination is driven more by personal pique rather that principle. That is not the way to conduct the serious business of state.

The scientific formulation in the provision of the Constitution on the appointment of judges was intended precisely to be an antidote to this kind of whimsical and capricious presidential conduct such as is being seen in ugly display in this matter.

State offices are not the personal property of any individual or officer. All Kenyans have a right to seek to serve in the manner prescribed by law and no individual or authority can arbitrarily renounce, withdraw, or abrogate this right.

The constitution is clear on the mechanisms for raising any issue the president or any other person may have against a sitting judge or judicial officer at whatever level. The JSC has been tested on these issues and has dealt openly and fairly with complaints against judges of ranks even higher than the Court of Appeal. Even Chief Justices, myself included, have had to answer to public petitions in an open and fair process — and that is as it should be. That the president has delayed appointments for two years without presenting any evidence to the Commission in spite of active and repeated solicitation points to bad faith, and most likely, absence of any actionable information on the judges.

And this is not the time to commence muck-racking adventures in a feeble and abominable attempt to besmirch the character of the judges and judicial officers.

The president must resist the temptation to be garlanded in the pettiness of performing power, particularly by those who have built a thriving pettiness cottage industry, completely consumed by the pursuit of personal vendetta, at the expense of the national good and Kenya’s fledging constitutional democracy.

It is urgent that the president immediately appoints the six judges, many of whom are exceptional, because that’s what fairness, common decency, the rule of law and the Constitution require. The independence and accountability of the judiciary is not negotiable. And in the fullness of time, everybody gets to learn this lesson — some rather too painfully, too late, having played a part in undermining it.