Tigray: Call It Genocide, Prosecute Its Leaders and End It 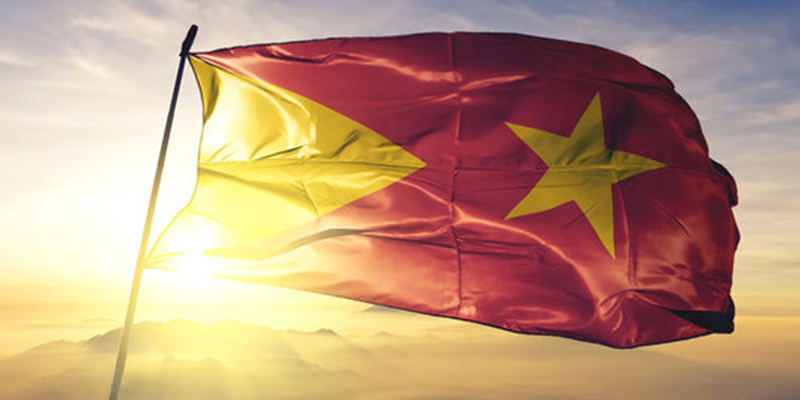 On 26 May 2021, US President Joe Biden issued a bold statement on the raging crisis in Ethiopia, warning of escalating violence and the hardening of regional and ethnic divisions, including the “large-scale human rights abuses” and “widespread sexual violence” taking place in Tigray. But he stopped short of calling the appalling atrocities in Tigray by their true name: genocide.

Just one month earlier, Biden had righted an historic wrong by pronouncing the attempted extermination of Armenians by the Ottoman Empire in 1915 to have been a “genocide.” The Armenians had waited 106 years for this rhetorical symbol of justice. The Nazis’ attempt to eradicate the Jewish people was not recognised until it was too late to do anything about it. Rwandans had to wait four full years to hear President Bill Clinton express “deep regret” that he had not declared the massacre in 1994 of a million of their compatriots a genocide. Biden’s condemnation sends a message of solidarity to Ethiopians everywhere and to the people of Tigray in particular. But it also risks igniting false hopes that the international community will now take decisive action to prevent the erasure of an entire nation.

For almost seven months now, the armies of Ethiopia and Eritrea, aided and abetted by extremist militias from the neighbouring Amhara ethnic group, have been engaged in a well-planned, deliberate and systematic genocide of the Tigrayan people. The government in Addis Ababa claims that the Tigrayan People’s Liberation Front (TPLF) started the fighting with a surprise attack on a military garrison and that they must be brought to justice. The TPLF claims that a pre-emptive strike was necessary to disrupt the government’s pre-meditated war plans. But it no longer matters who fired the first shot or whether the ossified TPLF leadership should have anticipated that armed conflict could be used to justify their people’s extermination. Between November 2020 and March 2021, the University of Ghent, in Belgium, documented more than 150 massacres across Tigray, including victims as young as two years old and as old as 93; the killing has continued unabated.

Despite systematic government attempts to restrict humanitarian access and impose a media blackout, some courageous journalists, aid workers and activists have succeeded in reporting these atrocities. But most of Tigray remains inaccessible to outsiders and communications are severely restricted, so the vast majority of these crimes remain unknown and undocumented. As a medical doctor from Tigray who served in the regional capital of Mekelle during the first four months of the genocide before fleeing my country one month ago, I have watched this violence unfolding with my own eyes and I bear both personal and professional witness.

Mass murder is not enough for the masterminds of the atrocities in Tigray, Ethiopian Prime Minister Abiy Ahmed and Eritrean President Isaias Afwerki. Their armed forces and allied militias seek to exterminate the Tigrayan people by inducing mass starvation; they are burning crops and seeds, cutting trees, destroying agricultural implements, killing animals, and destroying small dams and irrigation canals, to cripple the agricultural sector. The troops grind any remaining foodstuff they find into the dirt or manure with their boots to make it inedible. In late May, UN Under-Secretary-General for Humanitarian Affairs Mark Lowcock estimated that “over 90% of the harvest was lost due to looting, burning, or other destruction, and that 80% of the livestock in the region were looted or slaughtered.”

I have watched this violence unfolding with my own eyes and I bear both personal and professional witness.

Reports by UN agencies and Tigray’s interim administration assert that more than 2.3 million people in the region are internally displaced, and 5.2 million people are in urgent need of humanitarian aid. According to UNICEF, the number of severely malnourished children in Tigray has gone up nearly 90 per cent in the past week. Uncounted numbers of people have already died of hunger. But the Ethiopian government, the Eritrean Army, and Amhara forces are determined to block humanitarian efforts, impeding and obstructing access by aid agencies. At least eight aid workers have been killed in the last six months.

The coordinated ethnic cleansing by Ethiopia and Eritrean troops in collaboration with Amhara militias also involves erasing all traces of Tigrayan identity, a heritage that dates back to the Axumite kingdom of the 2nd Century CE. To this end, they have decreed the unrestricted use of mass rape, sexual slavery, and the traumatic sterilisation of Tigrayan women as instruments of war. As a doctor I have seen the unspeakable suffering of the victims of such sexual violence, including gratuitous mutilation and torture.

But these war crimes have a much broader and equally sinister strategic purpose: the total annihilation of Tigrayans as a people. According to the Ethiopian Ministry of Health, some 1.2 million inhabitants of Western Tigray have been driven from their homes, many of them killed or incarcerated in concentration camps. The occupying authorities have officially annexed these territories and encouraged ethnic Amharas from Gojjam and Gonder regions to claim the lands, properties and assets abandoned by their rightful Tigrayan owners. While men are killed or interned, Tigrayan women and children under seven are forced to take Amhara identity if they wish to remain in their homes. Women are also forced to serve as concubines for Amhara militia so that they no longer bear children of Tigrayan descent. National census exercises in 1978 and 1994 indicated that the inhabitants of these zones were overwhelmingly Tigrigna speakers. If ethnic cleansing continues at this rate, Tigrayans could become a minority in their homeland before the end of this year.

The coordinated ethnic cleansing by Ethiopian and Eritrean troops in collaboration with Amhara militias also involves erasing all traces of Tigrayan identity.

Tigray’s unique contribution to Ethiopia’s national heritage is also being methodically obliterated. The ancient monasteries of Debredamo, Dengolat St Mary, and the Al Nejashi Mosque – possibly the oldest in Africa – have all been vandalised. Aksum, a UNESCO World Heritage site, has been razed and pillaged by Eritrean and Ethiopian troops.

The progress of this genocidal campaign beyond Tigray is hard to assess, but – as the Associated Press reported on 29 April – there is no question that Tigrayans throughout Ethiopia, and even beyond its borders, have been subjected to profiling, arbitrary arrest and detention, travel restrictions, dismissal from government posts and transfer to concentration camps. Tens of thousands of Tigrayan members of the Ethiopian National Defense Force have also been disarmed and detained on the grounds that they might pose some undefined security threat. Some have refused orders to return to Ethiopia from peacekeeping missions abroad for fear of persecution.

In addition to President Biden’s statement, the United States government and the European Union have both called for an immediate ceasefire and the withdrawal of Eritrean and Amhara forces from Tigray, and have announced plans to impose travel restrictions on Ethiopian and Eritrean officials responsible for these atrocities, with the possibility of further sanctions to follow.

These are welcome measures, but they are in no way commensurate with the scale of the crimes being committed against the people of Tigray, the depth of human suffering or the depravity of men who seek to exterminate a nation of more than 6 million people.

If ethnic cleansing continues at this rate, Tigrayans could become a minority in their homeland before the end of this year.

Genocides, like other core international crimes, do not simply “happen” or “unfold”: they are premeditated, prepared, and perpetrated by individual leaders and their followers. The killers seek to dehumanise and displace the blame onto their victims, not only to make it easier for their forces to kill, but also to confound the international community, create confusion and buy time for the long, laborious work of mass murder.

As a medical professional, as a witness, and as a husband, father, brother, and son, I cannot accept that the dead, the maimed and the destitute survivors in Tigray be stripped of their humanity. I have tended to their horrifying wounds, shared their suffering, and buried their dead. Some sympathetic observers have encouraged me to publicly describe their injuries in detail so as to elicit global revulsion, but I believe that to do so would be a second desecration of these victims. No people, whatever the alleged sins of their erstwhile political masters, should ever have to face extermination like vermin or pests at the hands of their own government.

The Tigrayan people should not, must not, wait for one century, one year or even one more day for the world to acknowledge their plight and rescue them from obliteration. President Biden and other world leaders have a moral and legal duty to call this evil in Tigray by its true name, genocide, and to identify and prosecute those ultimately responsible for this most heinous of crimes – Abiy Ahmed and Isaias Afwerki. And then to act with ruthless efficiency and determination to end the genocide.